41 minutes ago
tombazzlez commented on: 🛠️ Metallic logo Megapack Technical Support thread 46 minutes ago
A new version of our data update was released with 75925 changes from 269 contributors.

1 hour ago
StaticShift commented on: FM20 - The Teplice Trophy Hunt - A Czech Adventure

2 hours ago
azzarazza5 commented on: Standard Fantasy/Request Logo only (NO PACKS) Thread

3 hours ago
injilio commented on: Requests

3 hours ago
Qvordrup commented on: Facepacks Release thread - NO REQUESTS

3 hours ago
Qvordrup commented on: Facepacks Release thread - NO REQUESTS

FM2019 is going to have you on the edge of your seat with VAR feature
Matchday is what every manager spends their week preparing for. It’s what happens on matchday that ultimately determines a manager’s success and in Football Manager 2019 a number of new additions make the match experience the most immersive in series’ history.

FM19 sees the introduction of two pieces of video technology that have been used in the real world in recent seasons. The first of these is Video Assistant Referees or VAR, which will be included in competitions that make use of the technology in reality. There are two types of VAR – one where the referee uses a TV screen by the side of the pitch to assess the original decision and one where the referee communicates with the Video Assistant Referees via an earpiece. Again, the type of VAR you see when playing is dependent on how it is used in the real-life competition.

We have also added goal-line technology. Like VAR, this features in competitions that use the technology in real-life. Goal-line technology is shown in the form of a replay from a top-down perspective that indicates whether the ball did or did not cross the line, along with commentary confirming this. 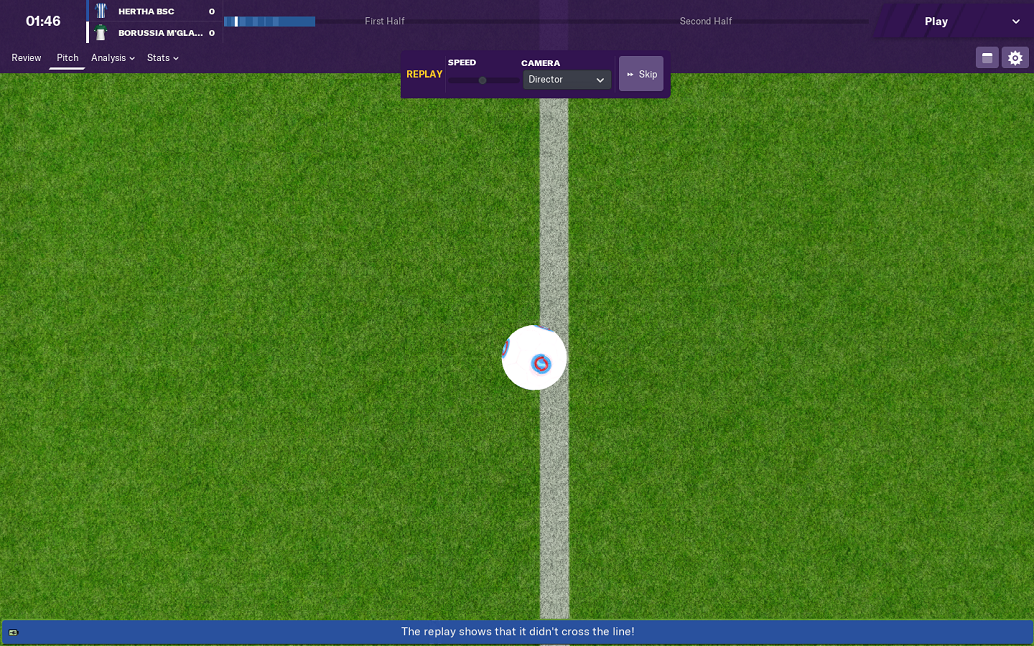 Both VAR and goal-line technology will create a stir off the pitch as well. In post-match press conferences, you’ll be asked about instances where either technology was used during the match﻿. Controversial incidents will be referenced in match reports and across social media. Expect these technologies to create as much debate in your save game as they have in done in the real world of football.

Away from new technology, a number of other enhancements have been made to the match. A great deal of work has gone into ensuring that the new tactical styles are faithfully represented during a match. This has included some tweaks of the player roles and their associated duties to ensure that the AI performs each and every role and duty combination as faithfully as possible and some new player roles too. AI managers will also be more intelligent with their role and duty selections on matchdays.

More than 500 animations have been replaced or improved. These include ball control animations, crosses, headers, passes, shots, tackles, some celebrations and even crowd movements.

Another visual change you’ll notice, especially if you choose to manage in one of the smaller leagues, are the improvements we’ve made to stadiums that have a capacity of up to 5,000. You’ll see more variety of these type of stadiums, including more var﻿iety in the materials that the stadiums are made from which gives more personality to the clubs at that level. Additionally, we’ve included disabled fans in all types of stadiums.﻿ 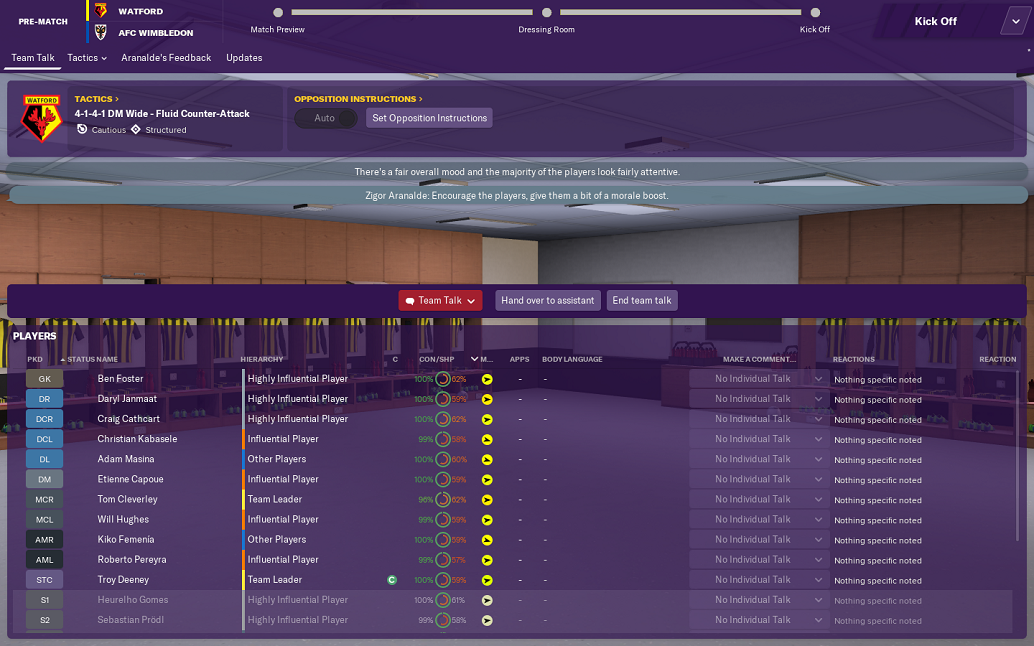 Finally, team talks contain more information in FM19 than in previous years. Dynamics has now been integrated into team talks with each player’s position in your squad’s hierarchy now displayed on the team talk screen. You’ll now be informed of any effect that your team talk has on your team leaders. As keeping your team leaders on side is important to maintaining a happy dressing room, it’s worth considering what effect your words will have on them and how that, in turn, may filter through the rest of the squad.

If you prefer to let your assistant do the talking then you’ll find that they can now address individual players as well as the whole team. Your assistant will also recommend more contextual team talk options when advising you on what on to say to your players. And, speaking of more contextual options, at the end of a season you’ll be presented with more team talk options relating to your team’s situation.

That’s a taste of what you can expect to see during matches in FM19. The use of video technology is sure to create many memorable moments and talking points across the course of a season, while improved match engine AI, enhanced animations and stadia and more intelligent team talk options help to create a new level of detail of immersion.
FM2020 SALE