1 hour ago
mons commented on: Mirko Antonucci Out

1 hour ago
Extra Time FM commented on: Wandering to Titles - Wolverhampton Wanderers F.C 2 hours ago
A new version of our data update was released with 79848 changes from 282 contributors.

2 hours ago
xXMadness30Xx commented on: Mirko Antonucci Out

2 hours ago
xXMadness30Xx added a topic: Mirko Antonucci Out

2 hours ago
K3VO commented on: SS Fantasy Kits ONLY Thread (NO REAL KITS)

3 hours ago
StaticShift commented on: FM20 - The Teplice Trophy Hunt - A Czech Adventure 4 hours ago
A new version of our data update was released with 79815 changes from 282 contributors.

4 hours ago
Parker26 commented on: Facepacks Release thread - NO REQUESTS

4 hours ago
mons commented on: New Stadium graphic not showing

4 hours ago
mons commented on: New Stadium graphic not showing 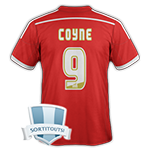 Congrats on qualifying for Europe and the draw against Anderlecht. Good luck getting into the group stages.
Tommo. 13-11-14 - 21:12

Yeah it couldn't be worse Simon but it happens.

We kicked off with 2 straight 2-0 losses which is never great. Theres always a chance two losses will lower morale but the team rallied and showed what they where made off. Our best performances seemed to come away from home and saved us in Europa all 3 times. Korzym is continuing his form from last year showing why we wanted to re-loan him. Kadu is also showing fine form with 6 clean sheets including 5 in a row and is looking like a steal on free.

After the month we sit top tied with Lech Poznan on 12 points. Last years winners Legia seem to have slipped this year and currently sit in 13th. Its going to be a tough job staying in 1st with 3 different competitions to challenge for but the squad seem to be up for it. We where seeded 4th in the Europa Draw and as such have been given a tough group. All 3 of Monaco, Rubin & Frankfurt will be tough opposition so we need to take our chances. Going through will be difficult but it will be a good challenge.

During the month I also completed my National A License which has boosted my reputation to National. I will hopefully start my Continental License soon giving me a higher reputation so I can move up to higher clubs.

Thanks Dan thought I was out after that first St Gallen game.

So not the best two months here. A loss to a lower league side in the cup due to a penalty and a own goal has to be the biggest low light. Im really proud of the Rubin come back after being 2-0 down to grab a draw. We had 3 draws in the league when we should have really won at least 2 of them. The final league game against Korona the team played pretty poor and its no surprise we lost.

Legia had a great two months and managed to climb up above us to grab the top spot. If we can sort the draws out there is no reason we can't go on and grab first place back from them. No surprise to see us bottom of the Europa group after 3 games but we have 1 more point then expected. With some more luck we could possibly take 3rd which would be a big achievement for the club. One thing I did notice is that our home games in Europa are actually being played in a different stadium which is bigger. We are getting just below 16k Capacity for them instead of a max 6k which we would have had in ours. 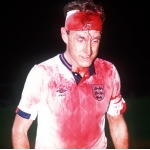 Love this career idea. The surge up the table and securing promotion with Lida was brilliant and although of course it would have been a kick in the teeth, I love the realism of chairman coming in after promotion and cashing in, you made the right decision to resign.

Another surge up the table with Katowice was great to see and even more so with the 'Champions Group'. Didn't know they had this system in Bulgaria and it has me intrigued! Fantastic achievement again. Slowly moving up that managerial ladder

It might be a blessing in disguise should the Europa League campaign end early though as the league looks a possibility this year.
DP 91's European Glory Yeah it couldn't be worse Simon but it happens.

Funny, because not too much after I posted my comment, in my game I lost my starting striker and attacking centre mid in the two matches before a key CL match against Manchester Utd! I'm happy to see that we both managed to rise above the unfortunate injuries and progress

The push on Legia is going to be a close one all the way I feel! Was always going to be tough in the EL group stage but I think you knew that
FM20 Career: 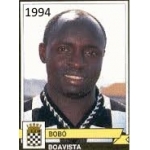 Cheers DP. Yeah being able to focus on the league will be a big help.

Haha thats FM for you Simon.

Yeah I think this title race will come right down to the finish this year Dan.

Thanks Bukinapreto. Thats one of the reasons I'm enjoying it as anyone can beat anyone.

The players really impressed for most of the last two months. Another 4 consecutive clean sheet games for Kadu and the defence and some good goals from the front. One of the key players has to have been Agu. He returned from injury and was solid in midfield also grabbing 3 goals. The main highlight has to be the 1-0 win over Frankfurt in Europa league.

We still sit 1 point behind Legia in 2nd place. Its looking like its going to come down to who slips up first. Legia do seem to be scoring for fun having scored exactly 20 more goals then us. So as expected we finished bottom of the table. I never expected 4 points let alone a win so its still a positive for me. We also earned some good money for it putting our finances in a good state.

During the two months I was also offered a new contract. My old one ran out at the end of the season and has now been extended for the next 2 years.

So I did not want to change too much midseason as we are looking good at the moment. We only see one player left who was left midfielder Wolkowicz who has mainly been a back up player this season. We did bring in a replacement for him though. Left Winger Wayne Hamilton from Chelsea has joined us on loan for the rest of the season. Im hoping he can give us the edge we need to beat Legia. We also once again agreed some deals for players on a pre-contract. There was a number of players we wanted which either demanded to much money or signed a new deal with there pre-existing club. We did manage to find 3 players who will improve the team. We seem to be finding some good players from Portuguese B teams and have brought another player from one in. Somehow we managed to get a player called Doru Popadiuc to sign who looks like he could easily be one of the best players in the league when he joins. 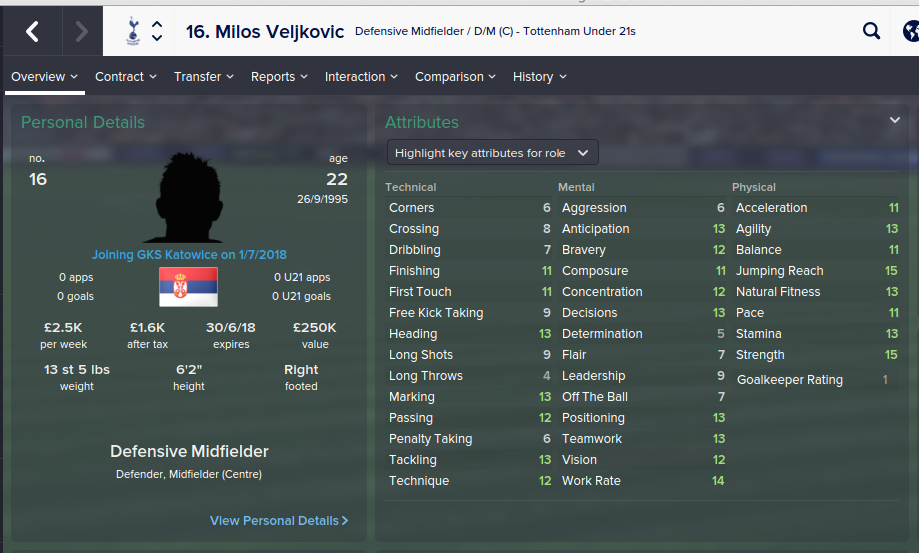 Some great signings there Tommo! Have heard plenty of positives about Andre Silva and the City lad looks a real talent!
DP 91's European Glory

Cheers DP. I scouted Silva the same time last year but couldn't afford him wage wise so glad to finally have got him

Thanks BMG. Im surprised I got him tbh.

A near perfect 2nd half of the season for us there. 7 Clean sheets in 12 games is a impressive stat and one of the reasons why we have performed so well this season. Hamilton has been a inspired loanee assisting 3 and scoring in 7 games. The Legia game was always going to be tough especially away from home but we managed to come away with a vital point.

We currently city top by 2 points going into the Championship group. Our first game is against Legia and its looking like the winner will take the title. Its been 6 years since a team that is not Legia or Lech Poznan has won the title with Legia winning it 5 of the past 6 years.