11 minutes ago
FMN_Standard commented on: Request Thread (ONLY TEAMS, COMPS and NATIONS THAT ARE IN THE OFFICIAL FM DATABASE)

43 minutes ago
HRiddick commented on: Facepacks Release thread - NO REQUESTS

1 hour ago
Benjamin222 commented on: Facepacks Release thread - NO REQUESTS

2 hours ago
Rubenovic77 commented on: Custom kit doesn’t show up

2 hours ago
hammer9 commented on: Custom kit doesn’t show up

2 hours ago
Dan commented on: Lets go on a European journey, man!

2 hours ago
geordie1981 commented on: Facepacks Release thread - NO REQUESTS

2 hours ago
mihataaa commented on: Standard Fantasy/Request Logo only (NO PACKS) Thread

2 hours ago
HRiddick commented on: Facepacks Release thread - NO REQUESTS 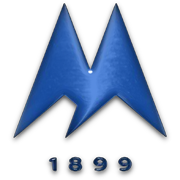 Ten matches gone in the league and we're doing really quite well. As you saw, in the Summer I didn't do much transfer activity. However, Vavra and Hlavaty seem to have settled in well for me and are doing well in the league.

We have only lost two matches in our first ten league games which is pleasing. However, saying that, we haven't really played any of the top sides apart from Manchester United where we grabbed a late equaliser which was quality. I have arranged a new player to come in when the January transfer window starts, but I'll keep that under wraps for now. People who have been reading this career from the start will be very happy with him though, so there's your clue.

The key players for me in the league so far have been Luke Young and seventeen year old Jiri Vacek. Luke Young has done class for me enough though he's only rated by my staff as being good enough for the Championship. However, as I have shown from the start of this career, staying loyal to my players has brought this club a long way so if it's not broke then don't fix it. Vacek was moaning about a lack of games and grabbed a brace against Newcastle recently so I'm hoping he can push on. Marcos (see screenie a few posts above) hasn't really done it in the league for us yet and has failed to score but I'm willing to give him time as his stats are out of this world.

As you can see, we're currently sitting four points off top and seven points above the relegation zone so it's all very tight at the moment. We progressed through the qualifying rounds of the Europa League and into the group stages after beating Rangers and Vaduz on aggregate. We had a bit of a scare when Vaduz held us to a draw at home but a strong performance in the second leg ensured our progression to the group stages.

We were then drawn in quite a tough group with Swedish side Elfsborg, Portuguese side Sporting Lisbon and Turkish side Besiktas so by no means is this an easy group. However we have done quite well so far after a draw against Elfsborg was followed up with two solid wins against Sporting and Besiktas. It would be brilliant to do well in this competition and unless something horrendous happens, I am confident we can progress through the group stages. We were knocked out of the Capital One Cup against Spurs in the fourth round. It would of been nice to do well in this competition but at least getting knocked out gives us chance to focus on the Europa League and the Premier League.
Fola 20-03-15 - 15:19

Managed to persuade him to stay until the end of next season. It's weird he wants to leave though as before he joined us at the start of last season, he was playing in League One with Cardiff but now all of a sudden, after I've given him Premier League football, he's decided he's too good for us. Ungrateful fucker. Get rid of him

Get rid of him 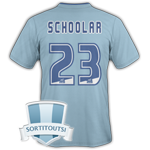 Good to see my summer signings are doing well so far. They're still all under 21 years of age but seem to have settled into the Premier League so well. Despite losing our last two matches it has been quite a successful run in my last ten league games. Some solid performances with the wins against Chelsea and Arsenal being the highlights. It was good to see Marcos bag his first league goals for the club as he has been struggling, however Vacek and him are doing well. Last season's key man; Bonazzoli can't even make it into the squad at the moment. He gets injured quite a lot and I'm tempted to cash in on him either in the January transfer window, or the Summer.

As you can see, we currently sit ninth in the table in a very tight league this season. The Europa League slots are still in reach though so that has to be our aim this season. We managed to finish top of our group in the Europa League and have progressed through to the knock out stages. Qualification was ensured after the Elfsborg match so I played a weakened side against Sporting, we incidentally didn't make it through.

The draw in the next round has in fact been very nice to us. We have been drawn against Serbian side Jablonec. Throughout this career I have always been a bit of a pessimist regarding league positions and result, however I feel this draw is there for the taking. I'd be very shocked if we didn't beat these over two legs. I have made two signings early on in this January 2022 transfer window. The first signing I am going to introduce is a player who needs no introduction for those who have been reading this career from the start. After our play off defeat in the Championship three years back, reluctantly I had to sell this man for just over £1 million to gain some much needed income. This man's sale kept our club alive and without the money we gained from his transfer, I doubt we'd be where we are today. He has in fact scored a few times against us since leaving us but I'm so happy to have him back.

Demarai Gray has rejoined the club from fellow Premier League side Blackburn. I'm delighted to have him back and his stats haven't really changed too much since he left but I'm hoping to speed up his progression. Click HERE to see Gray's stats when he left the club three seasons ago. Delighted to have him back at the club and as you can see, he's not done too badly for Blackburn since leaving us.

Now for my second signing and this is a player I'm very excited about. Bruno Maia has joined the club from French side Lens for a club record £8 million. His value has immediately rocketed up to £14 million which shows the sign of a good player. As an attacking wing back I'm hoping he can be a pivotal figure for the club for many years. I don't have the game open but I think he has a £35 million release clause if any team from the Champions League wants him but hopefully I'll be able to get rid of that clause soon. Bruno Maia looks amazing, hope he's a star for you.

Bruno Maia is a cracking signing.

As I don't play this career often anymore (stupid University degree), instead of leaving updates every ten matches like I have been doing throughout this career, I will be doing game by game updates. These updates will be much like updates from the Succession Game.

As I don't play this career often anymore (stupid University degree), instead of leaving updates every ten matches like I have been doing throughout this career, I will be doing game by game updates. These updates will be much like updates from the Succession Game.

I plan on doing a few updates tonight.

Whatever you feel comfortable

Okay, here are the results since my last update. We are through to the knockout stages of the Europa League and got knocked out of the cup, weirdly to lower league Walsall in the fourth round. Whatever you feel comfortable

What are you studying at Uni?

Marketing. I'm in my final year and have my dissertation, two assignments hand ins and three exams coming up in the next month.
Johno 09-04-15 - 17:45

Marketing. I'm in my final year and have my dissertation, two assignments hand ins and three exams coming up in the next month.

Good luck with that Fola