1 hour ago
Belajariman commented on: Facepacks Release thread - NO REQUESTS

5 hours ago
tongey commented on: The 'Worldwide' Win It All Journeyman

6 hours ago
SirWerGaming commented on: The Pompey Chimes

There and back to see how far it is (2): Pentagon edition? 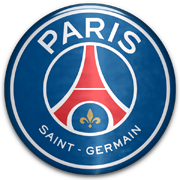 I always enjoy games where I meander around, working at different clubs and building them up. I never intentionally look to move on at a specific point unless I feel it is the right move for me. I began this save as unemployed, with Sunday League experience and a Level 2 coaching qualification - as close as I could to my real life credentials - and set the game to holiday until I was offered a job.