Feed
Football Manager 2020 is available to Play Now! Buy now, play instantly. Get these essential add ons to enhance Football Manager 2020 Want updated squads for FM20? We have the worlds biggest FM2020 Data Update. 12 minutes ago
A new version of our data update was released with 123106 changes from 432 contributors.

50 minutes ago
HockeyBhoy commented on: Now I would walk 500 miles...

1 hour ago
Load FM! commented on: FM20 - A Wandering Dork

1 hour ago
HockeyBhoy commented on: Now I would walk 500 miles... 2 hours ago
A new version of our data update was released with 123008 changes from 432 contributors.

3 hours ago
kingrobbo commented on: Ledley King to Tottenham Hotspurs coaching staff and other changes to Spurs

3 hours ago
Cristianel Messinaldo commented on: 🏆 Trophies Request Thread 3 hours ago
A new version of our data update was released with 122893 changes from 431 contributors. 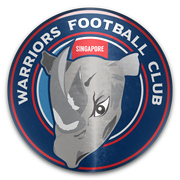 This is a career I've done in the past that has lasted sixty remarkable seasons before I lost complete interest. This is a career I tried on last years game but due to a serious issue it couldn't continue but now I'm back on Football Manager 2018 and I'm hoping this can be another epic career in which I'm determined to conquer it once and for all - it'll be quite impossible but I'll sure give it a good shot...