15 minutes ago
Boromir added a download: Juan Vera 23 minutes ago
A new version of our data update was released with 183087 changes from 676 contributors.

1 hour ago
Whydack( ͡° ͜ʖ ͡°) commented on: SS Official Kits Thread 2 hours ago
A new version of our data update was released with 183082 changes from 676 contributors.

3 hours ago
Load FM! commented on: FM20 - Climbing With Cliftonville

4 hours ago
KodjiaMaster commented on: SS Fantasy Kits ONLY Thread (NO REAL KITS)

Finished! Managed to get this out today.

Ended up finishing 2nd, 5 points adrift, despite not losing in the last 31 games.

No other awards, which I believe leaves me on 25 points. 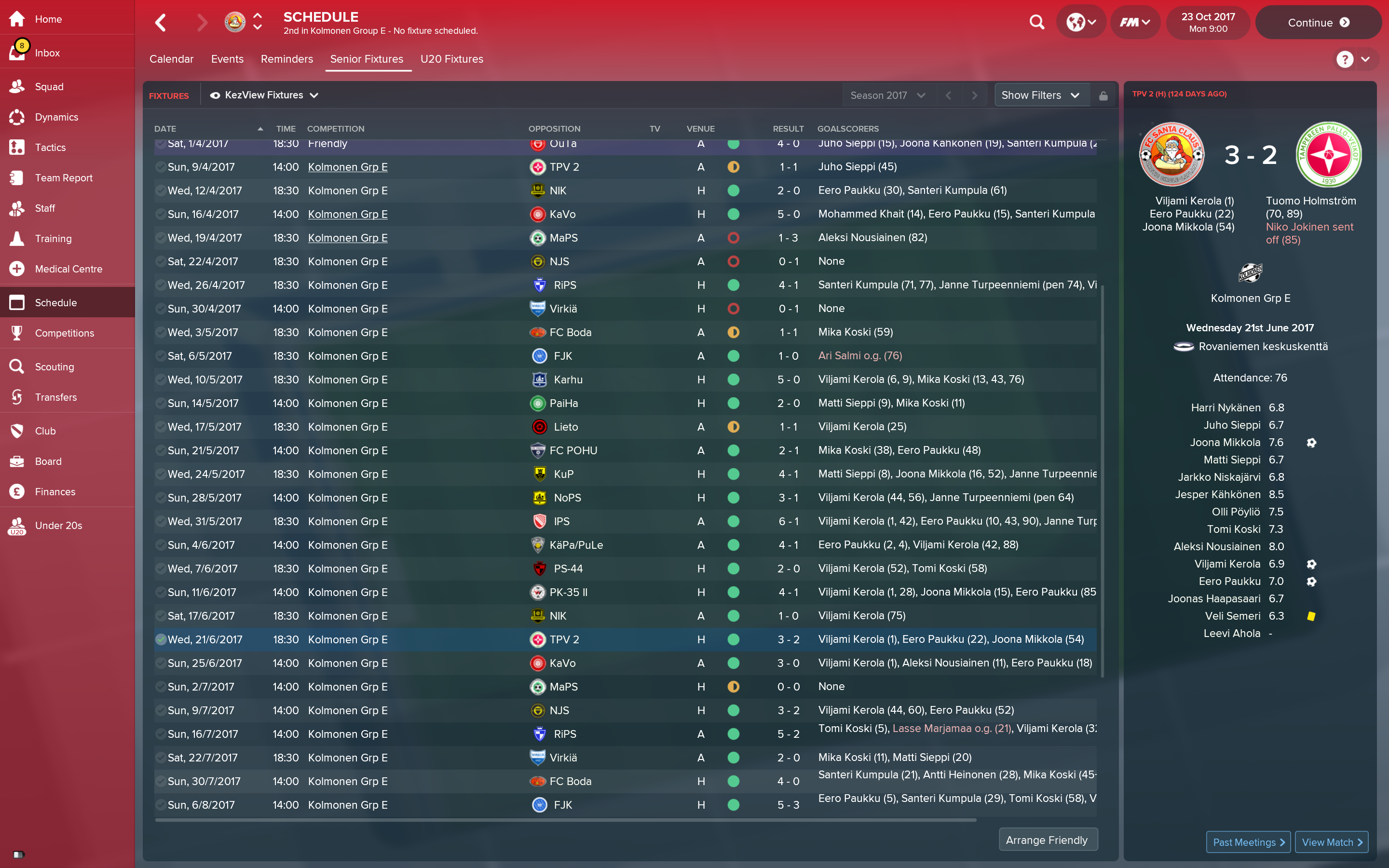 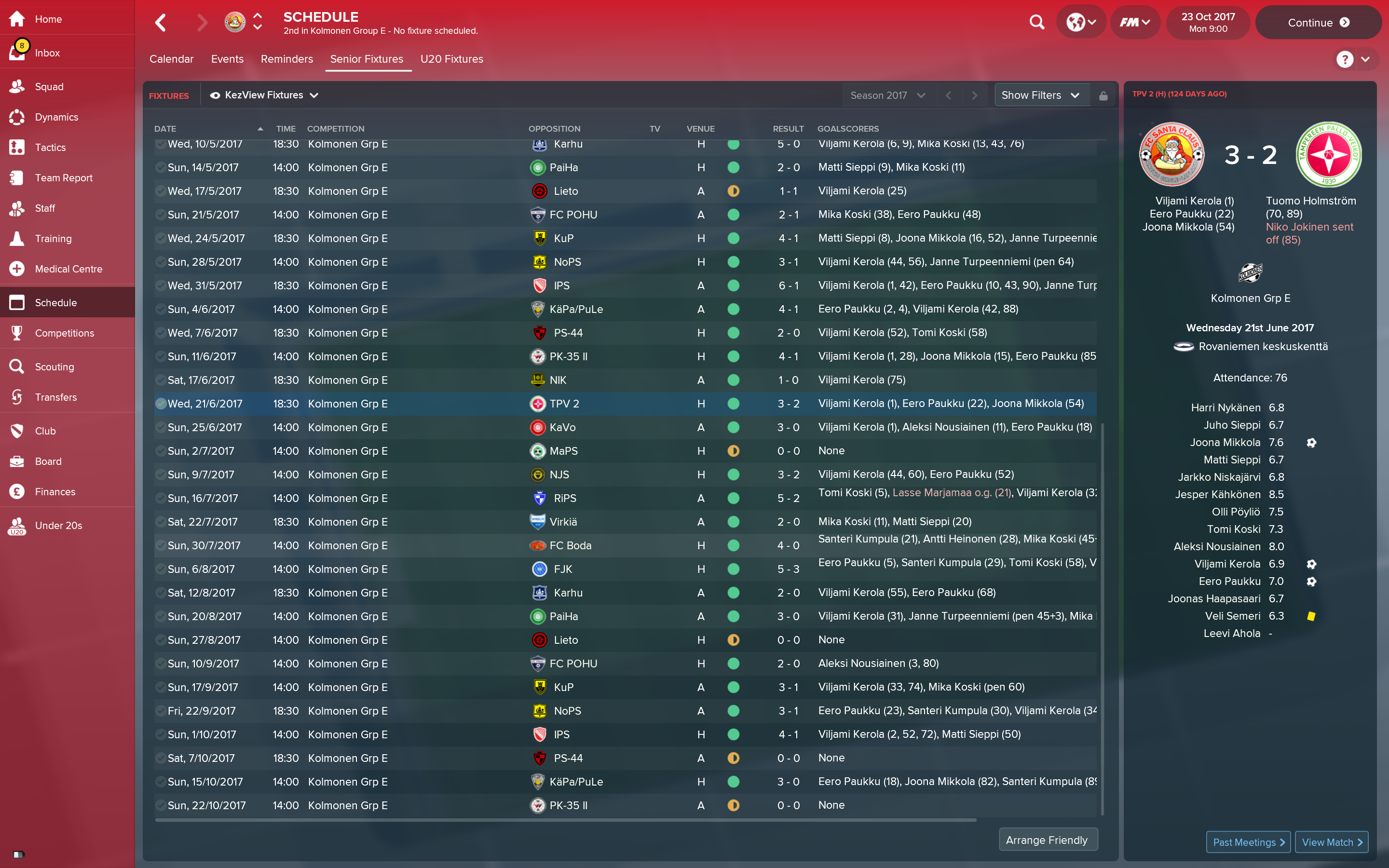 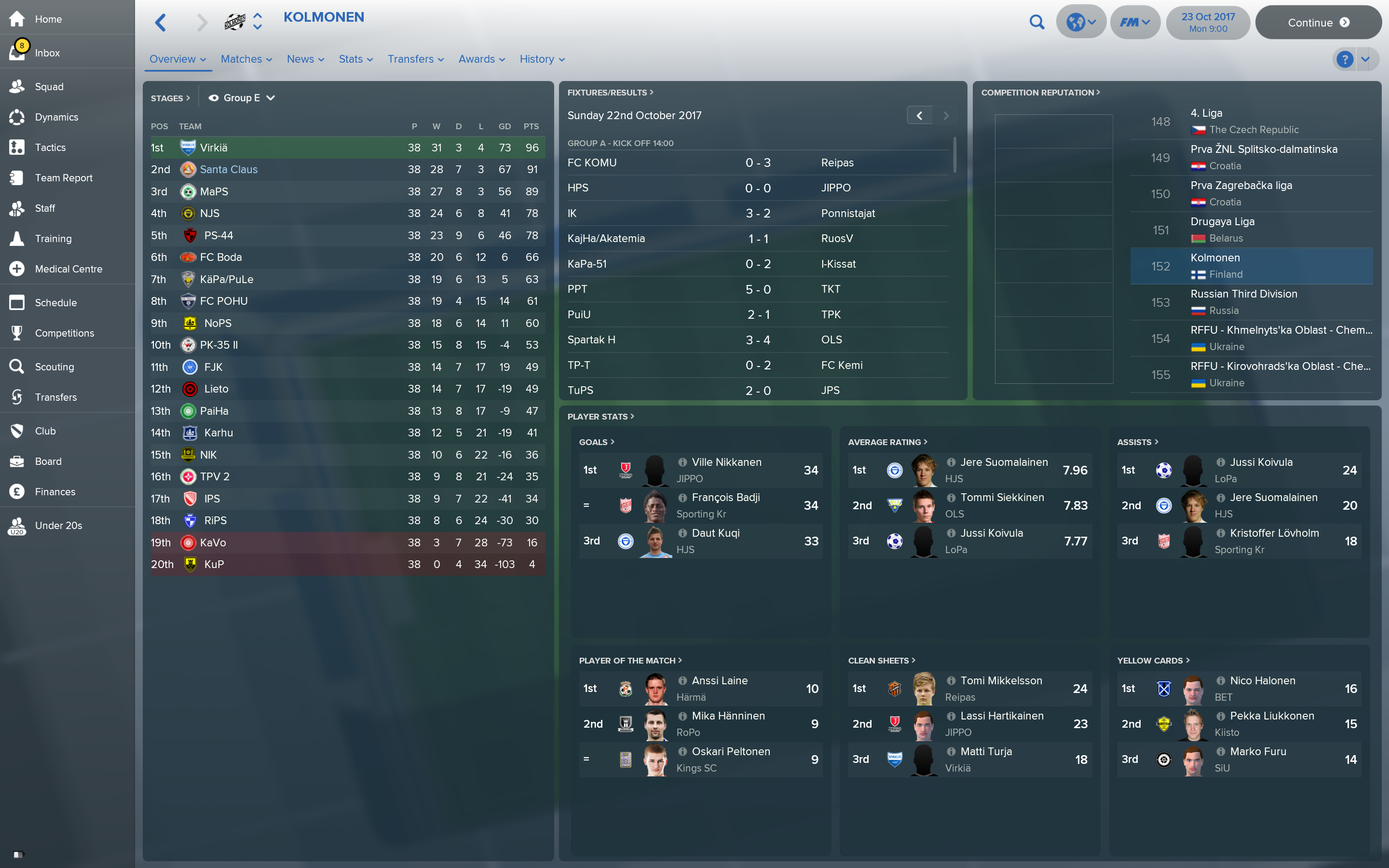 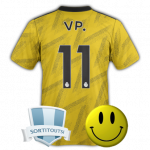 Finished 6th which means I've actually got some points, though still in the minus I was too into my own save to start this earlier, but I'm back in for this one starting today. With the Christmas break there's more than enough free time too get this one finished. Seems like it'll be disappointing if I don't smash it, but seeing as I barely got lucky enough in the Sunderland challenge to not end on minus points we shall see... 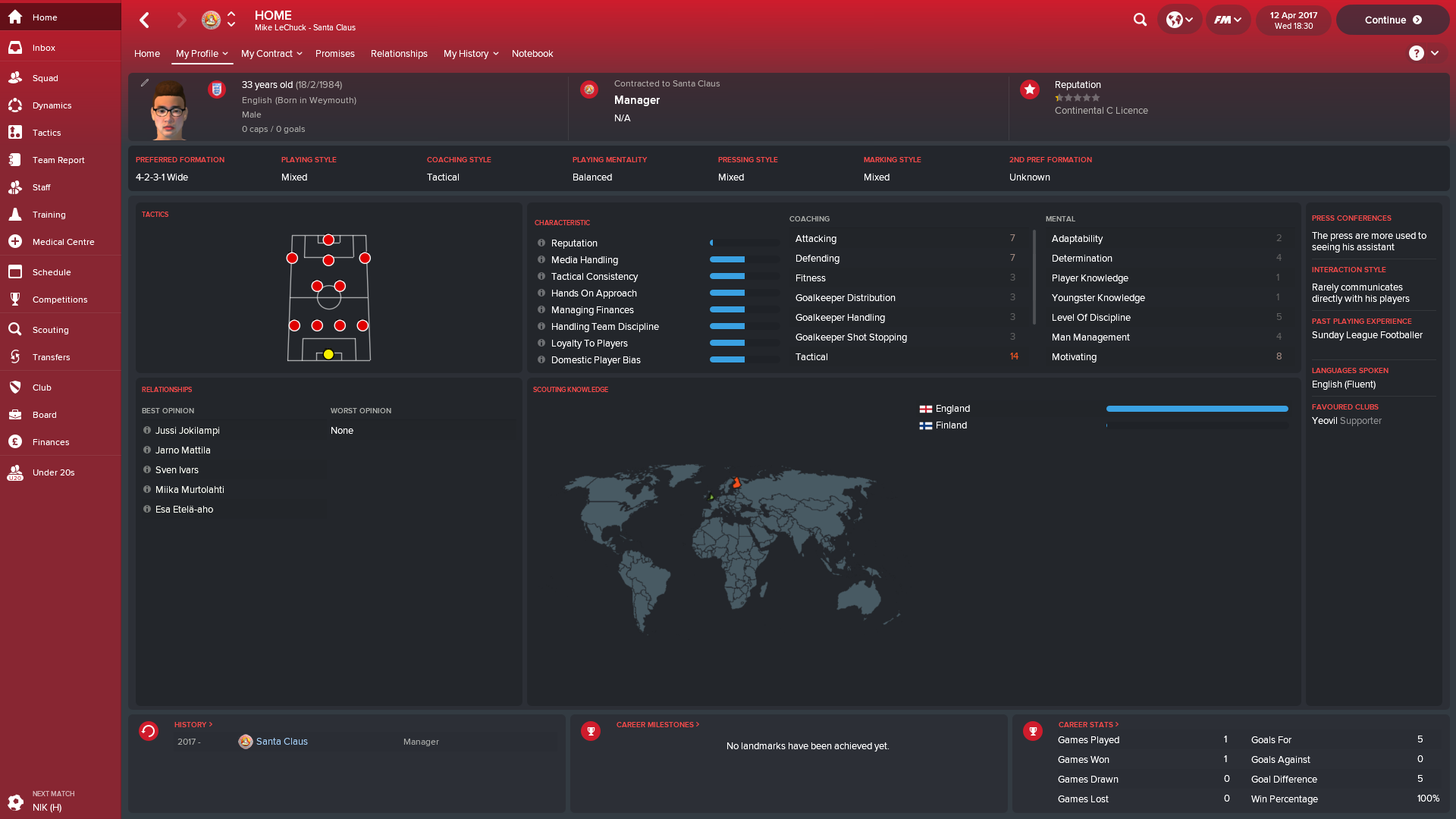 (Edit - Somehow managed to take the wrong SS at the start of the season, so this is actually after 1 game) 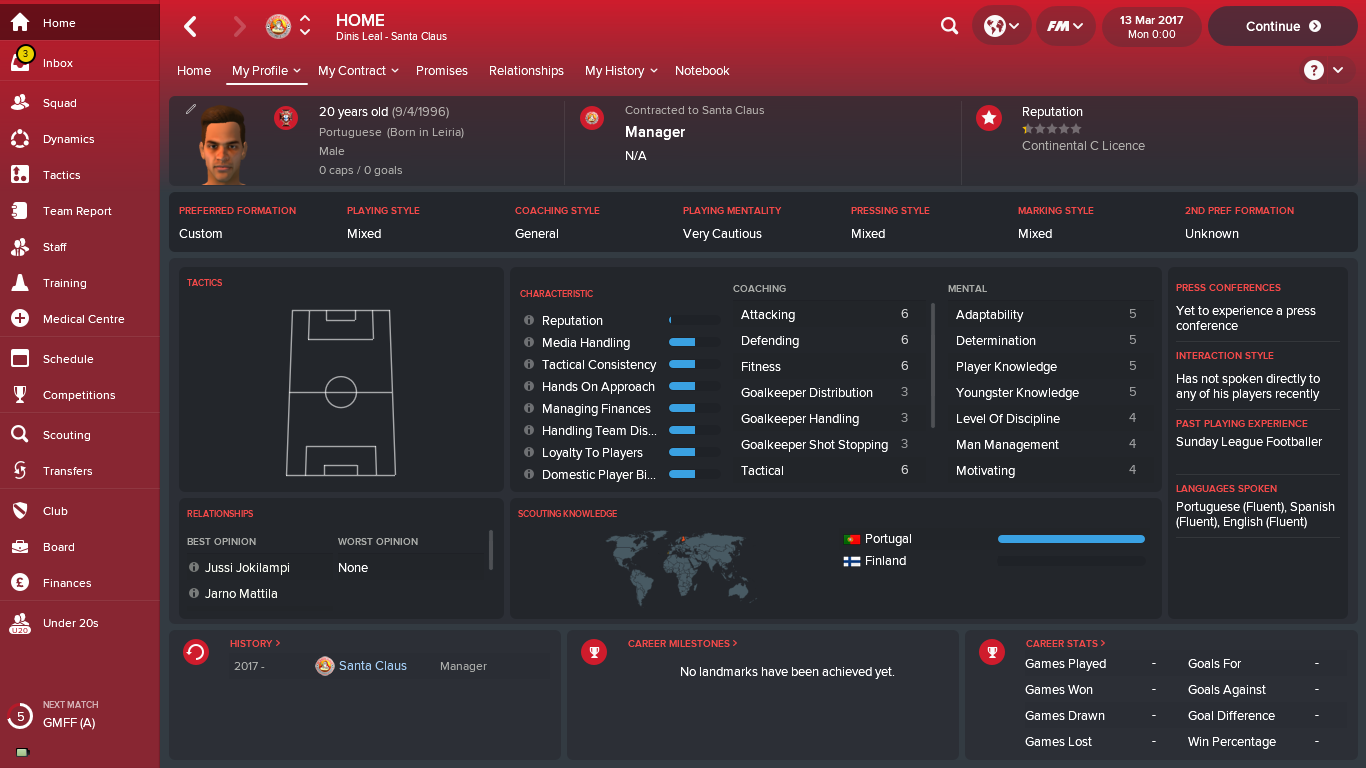 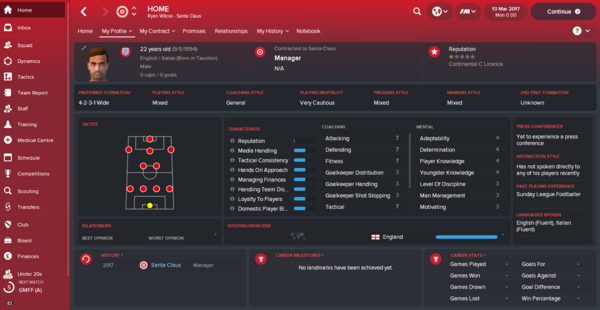 This was definitely an easy challenge, and if it weren't for the first third of the season where I felt I was still working out my best 11 and the roles they should play I'd have been on for the win.. As it was we stumbled a bit to start with and then every time Virkia dropped points we did too so could never quite catch them up. 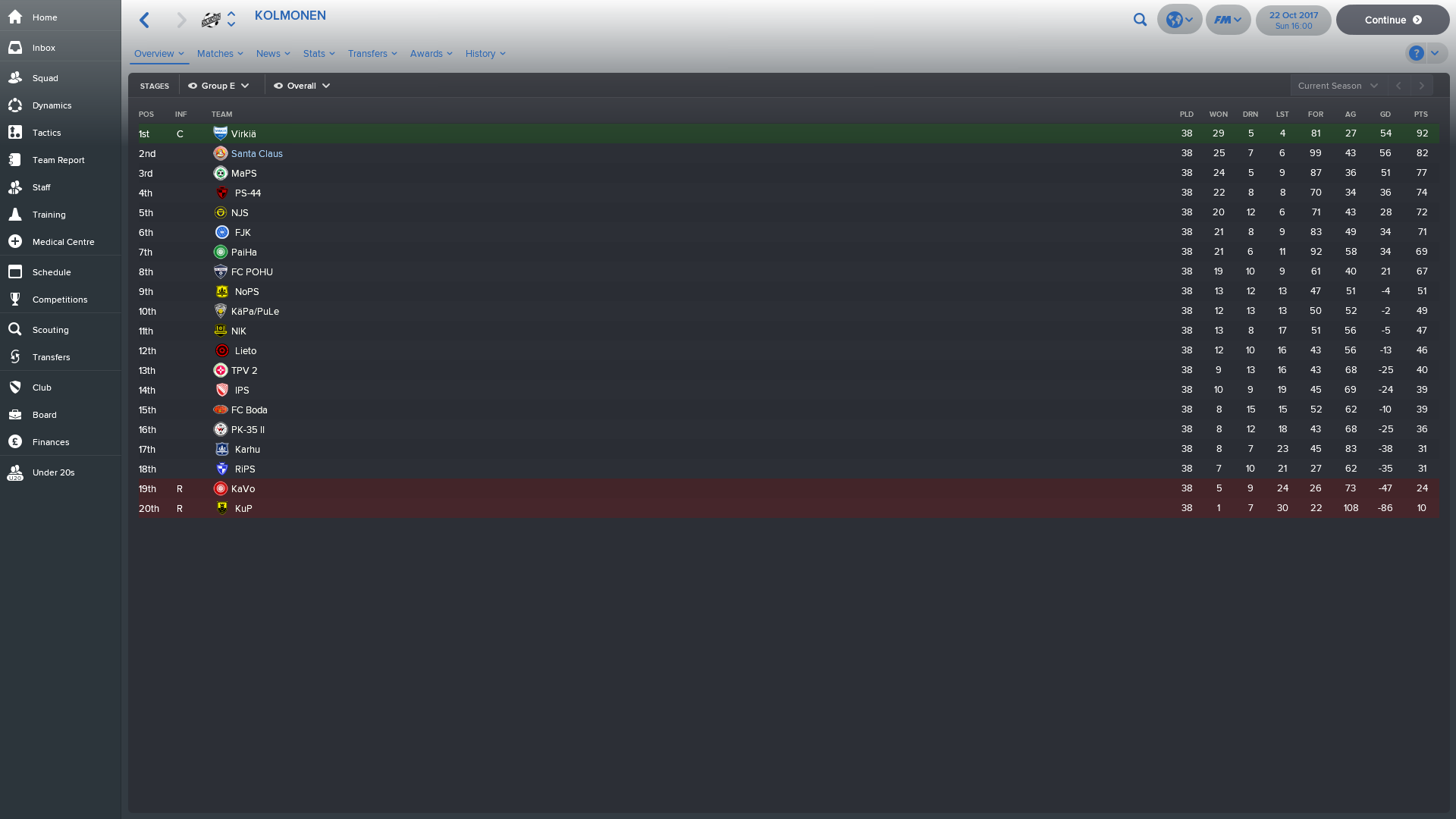 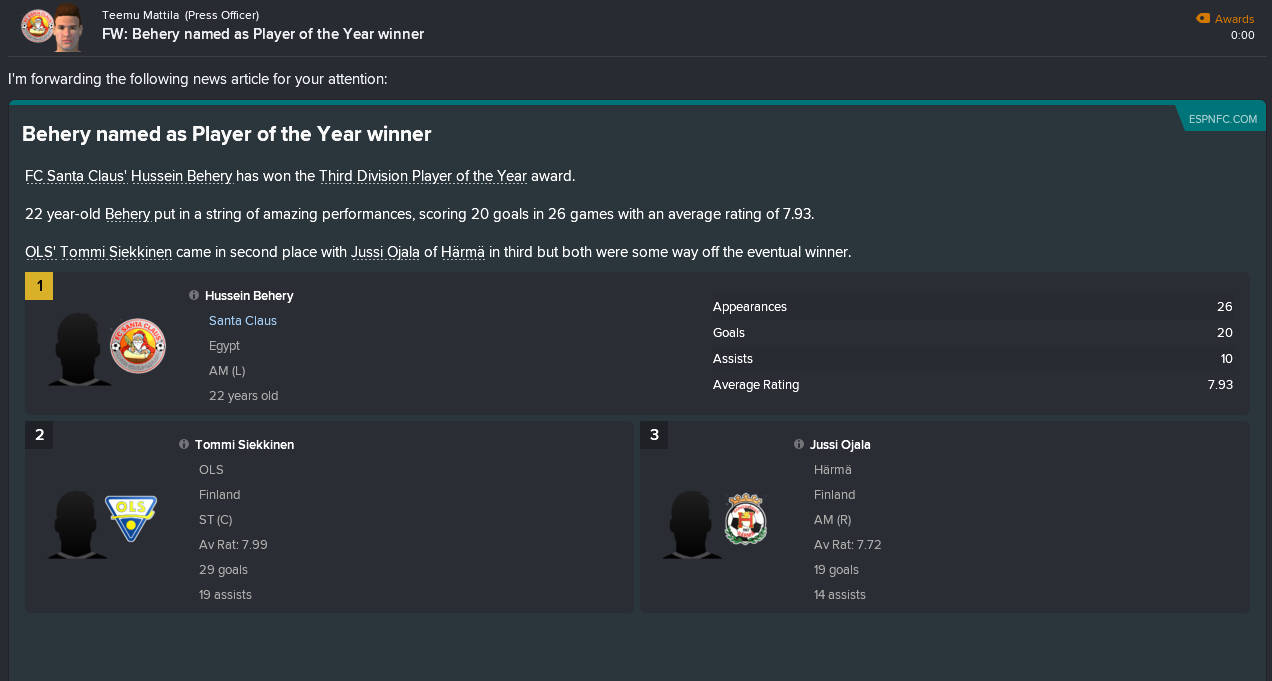 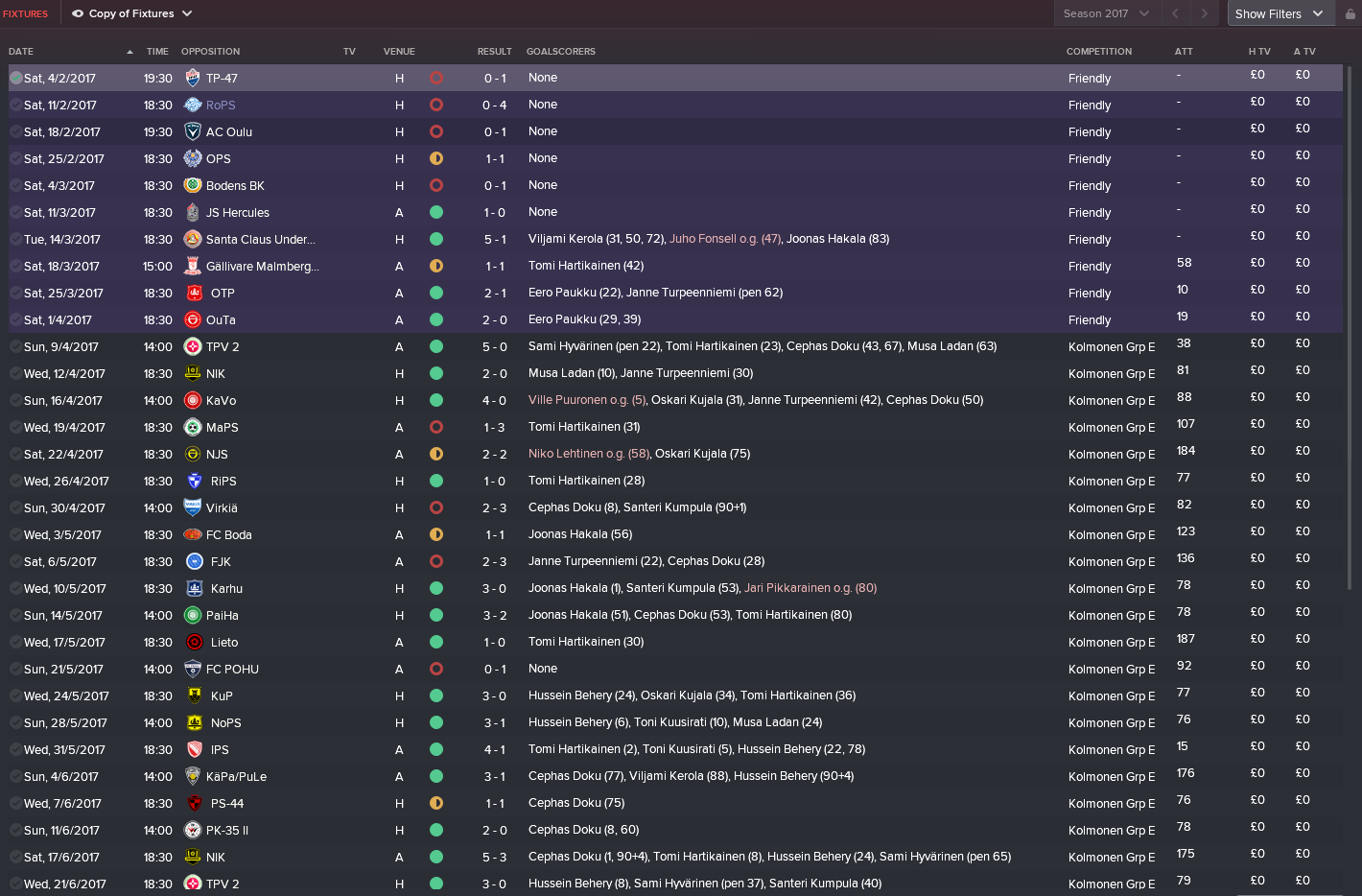 I found this challenge to be one of the simpler challenges in terms of getting the results, but it was a tough season in the way the bigger teams in the league also very rarely drop points. An exciting challenge this one was! 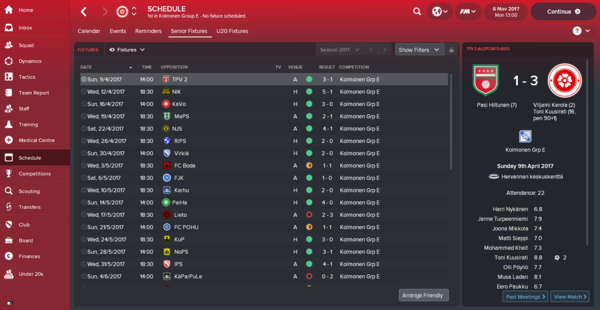 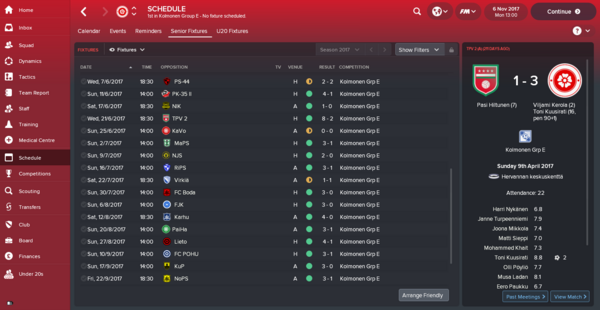 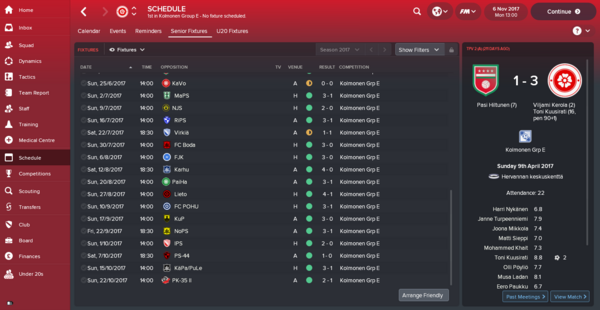 So, we round off the season with just 2 defeats, and 5 draws, meaning we've won 31 of the 38 games we've played. But in a league where others perform just as well, how far up the table would that leave us? 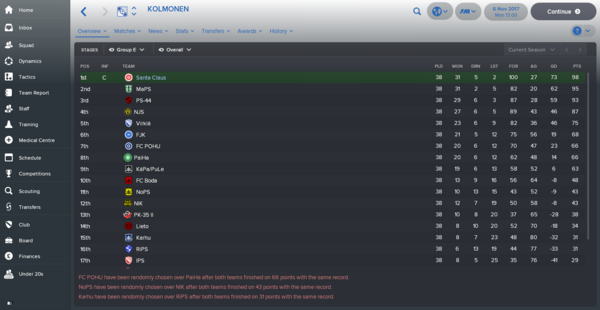 We're crowned champions of the division by just 3 points! It came right down until the last game for us, when MaPS, who were top, going into it, faced PS-44 who were 3rd place. PS-44 did us a favour by winning the fixture, along with our 2-1 final day win. What a great finish to an insane season. On our way we banged in the goals, hitting 100 for the season, whilst conceding just 27!

No awards were picked up, my top scorer ended on 25 goals, whilst the top scorers in the league were joint with 40! Insane amount of goals! screenshots are as follows
LEAGUE CHAMPS
MANAGER AT THE START
ALSO GAME STATUS TO PROVE NO CHEATING ! 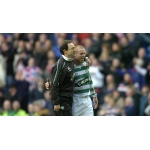 Finished on 10 points I believe... 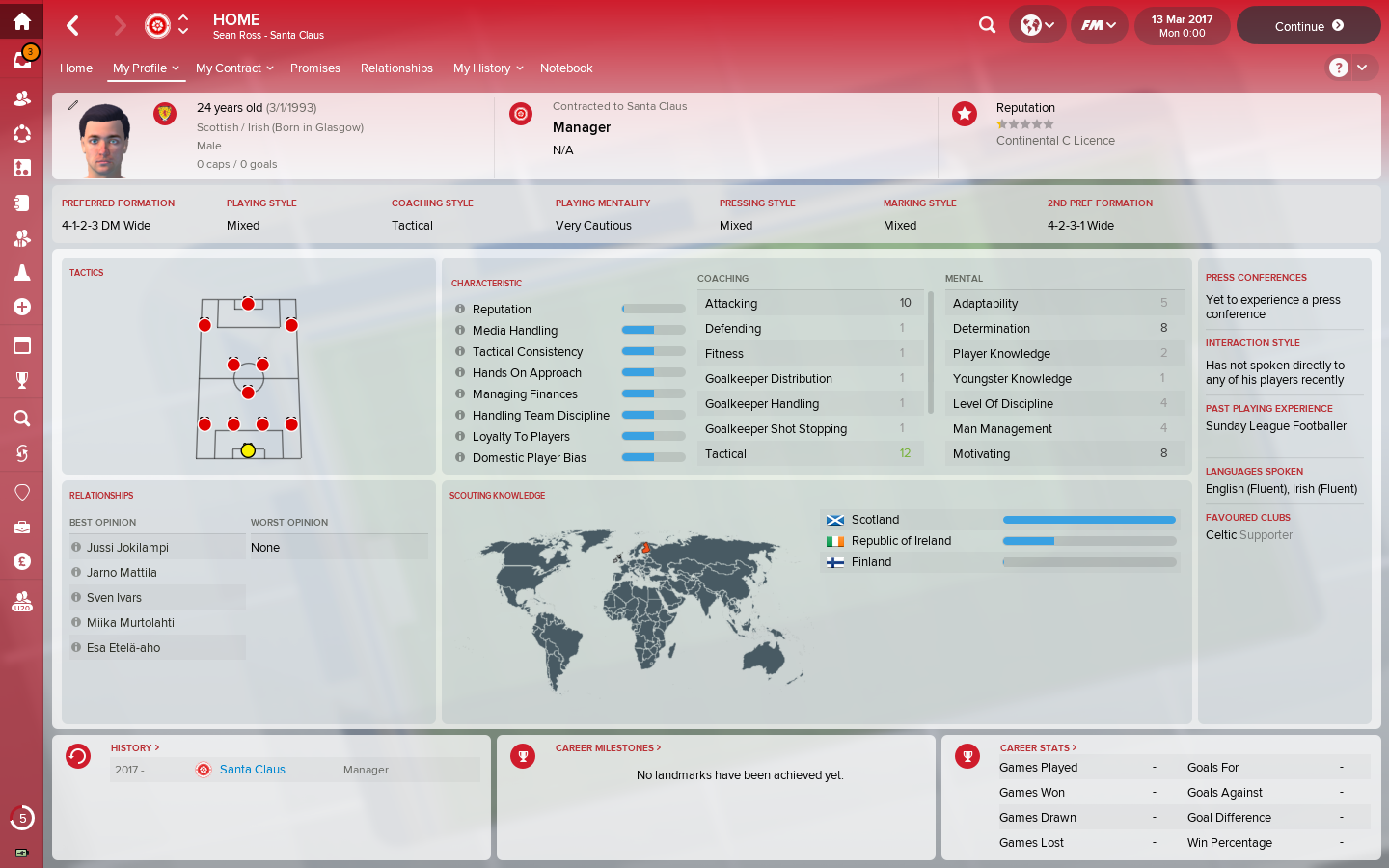 Finished 2nd in the league after going down to the final day but PS-44 and MaPS played each other so I couldn't possibly win the league. Maybe next time eh...
Comments are now closed, no more comments can be added
FM2021 SALE