5 minutes ago
deleted_account_16118 commented on: Delete my account 53 minutes ago
A new version of our data update was released with 75951 changes from 269 contributors.

1 hour ago
tombazzlez commented on: 🛠️ Metallic logo Megapack Technical Support thread 1 hour ago
A new version of our data update was released with 75925 changes from 269 contributors.

3 hours ago
StaticShift commented on: FM20 - The Teplice Trophy Hunt - A Czech Adventure

4 hours ago
azzarazza5 commented on: Standard Fantasy/Request Logo only (NO PACKS) Thread

5 hours ago
injilio commented on: Requests

You can't do any worse than mysel. I'm still waiting for Algeria to show up at the CON.

You can't do any worse than mysel. I'm still waiting for Algeria to show up at the CON. 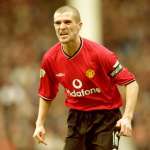 Well I completely cocked that up...

5 points for a second round exit

The Tale of a Beggar

7 people have already completed stop 3 of the tour, all 7 of those have now taken part in all 3 stops so well done! We've also got 12 people who have completed both previous stop 1 and stop 2, so hopefully have some more who will continue the 100% attendance of the challenge to date.
FM20 Career:

I should have this wrapped up over the weekend, i've qualified fairly easily despite throwing away a 3 goal lead against Gambia! My group draw is Zambia, DR Congo & Gabon so I honestly have no idea what to expect, media seem to think it's a tough draw but doesn't seem too bad, we'll see. I did pick up a nice 3-2 win over Uruguay in a friendly after going 2 down in the first 2 minutes, not that it counts for anything!

How is Mahrez getting on for everyone? I cannot get anything out of him, the guy is continually unfit for the first game of every call up and when he is fit enough to play he contributes nothing at all, been using him as an IF on the right wing but to be honest Adam Ounas is doing a better job!
Comments are now closed, no more comments can be added
FM2020 SALE