2 minutes ago
Load FM! commented on: FM20 - A Wandering Dork

17 minutes ago
mogutcu commented on: [FM20] Found an error in our database[Players+Staff Changes Only]

24 minutes ago
bolid74 commented on: 3D Official Kits Thread 46 minutes ago
A new version of our data update was released with 174469 changes from 633 contributors.

2 hours ago
bolid74 commented on: 3D Official Kits Thread 3 hours ago
A new version of our data update was released with 174462 changes from 631 contributors.

Hi,
This is my third 'Susie on Tour' challenge. Again, sorry for the screenshots in French This should be understandable anyway.
This challenge was less successful than the Irish one but still pretty good results. Below should be the screenshots.

Manager Profile
I did the screenshot at the end of the season (hence the stats) but I believe this is OK. 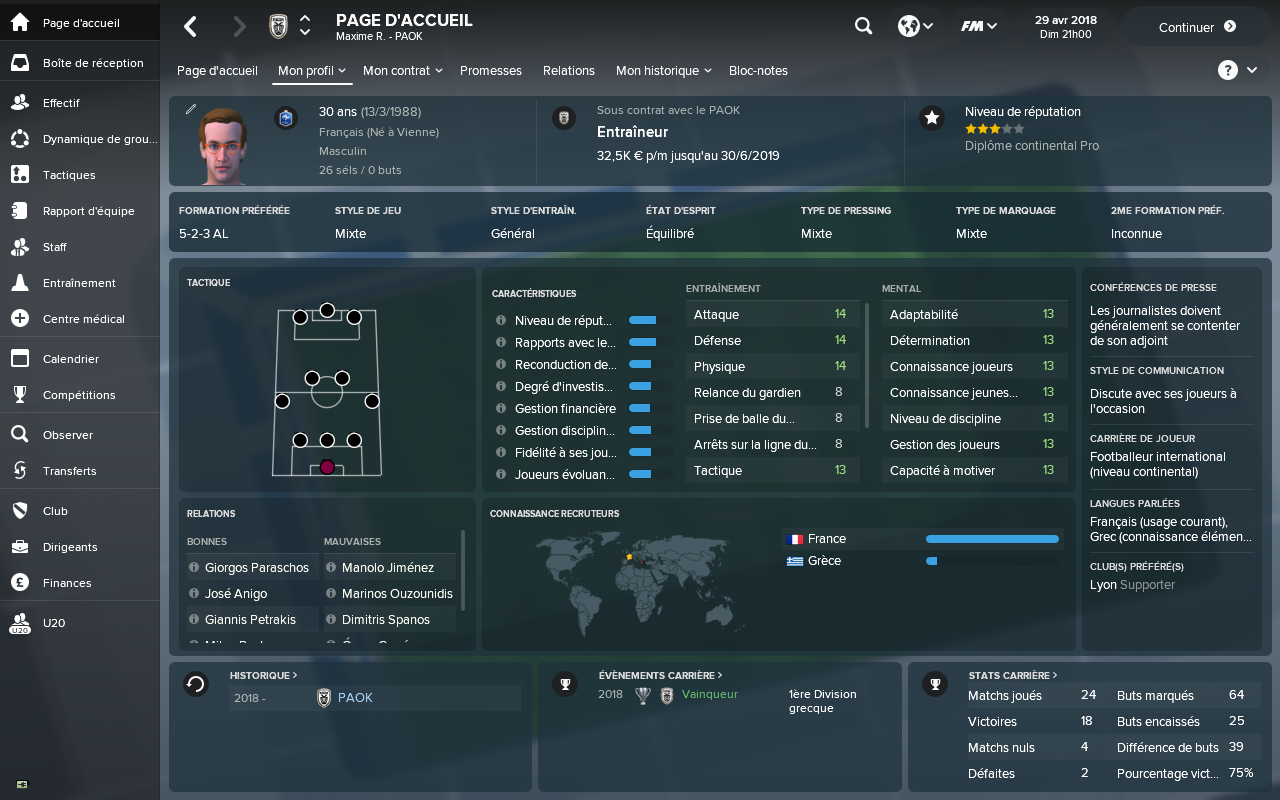 League Final Table
According to the challenge, this rewards me with 40 pts. 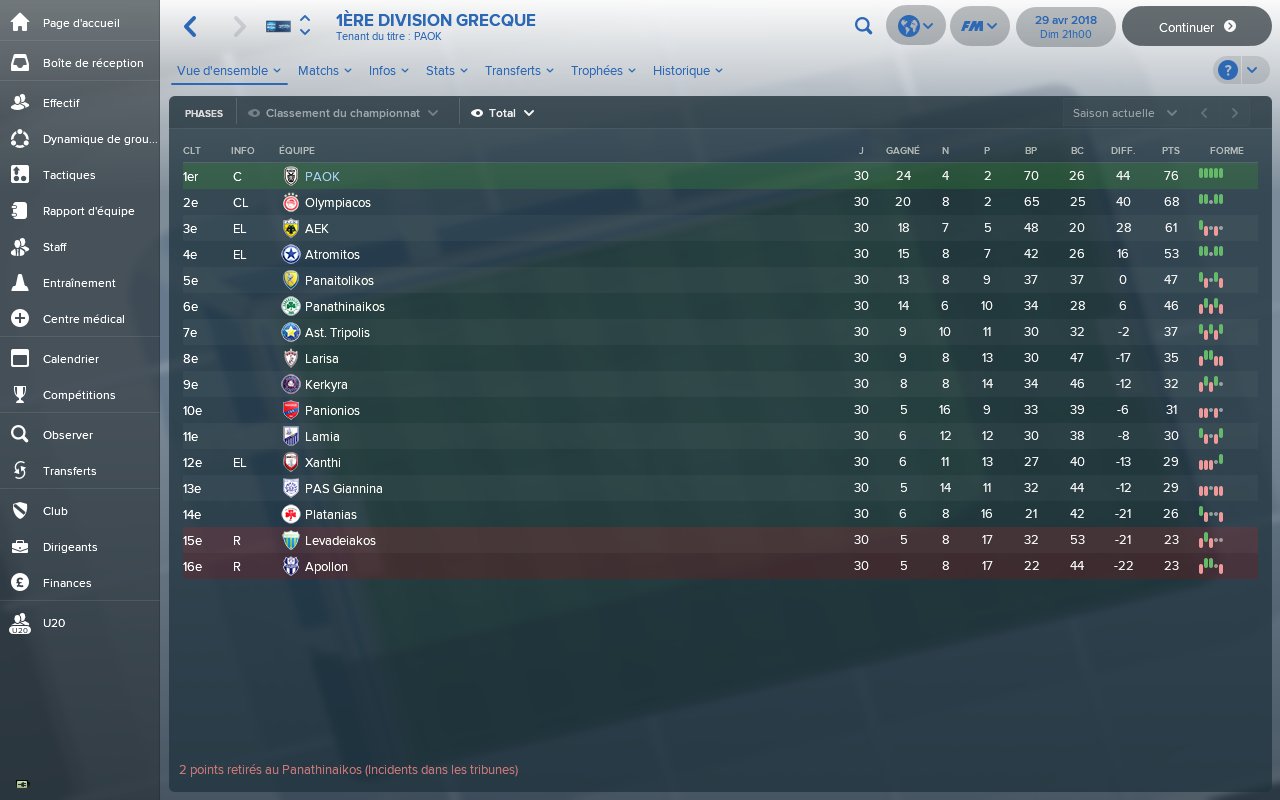 Various Cups
Greek Cup
I lost in the semi-final due to away goals... According to the challenge, this rewards me with 5 pts. 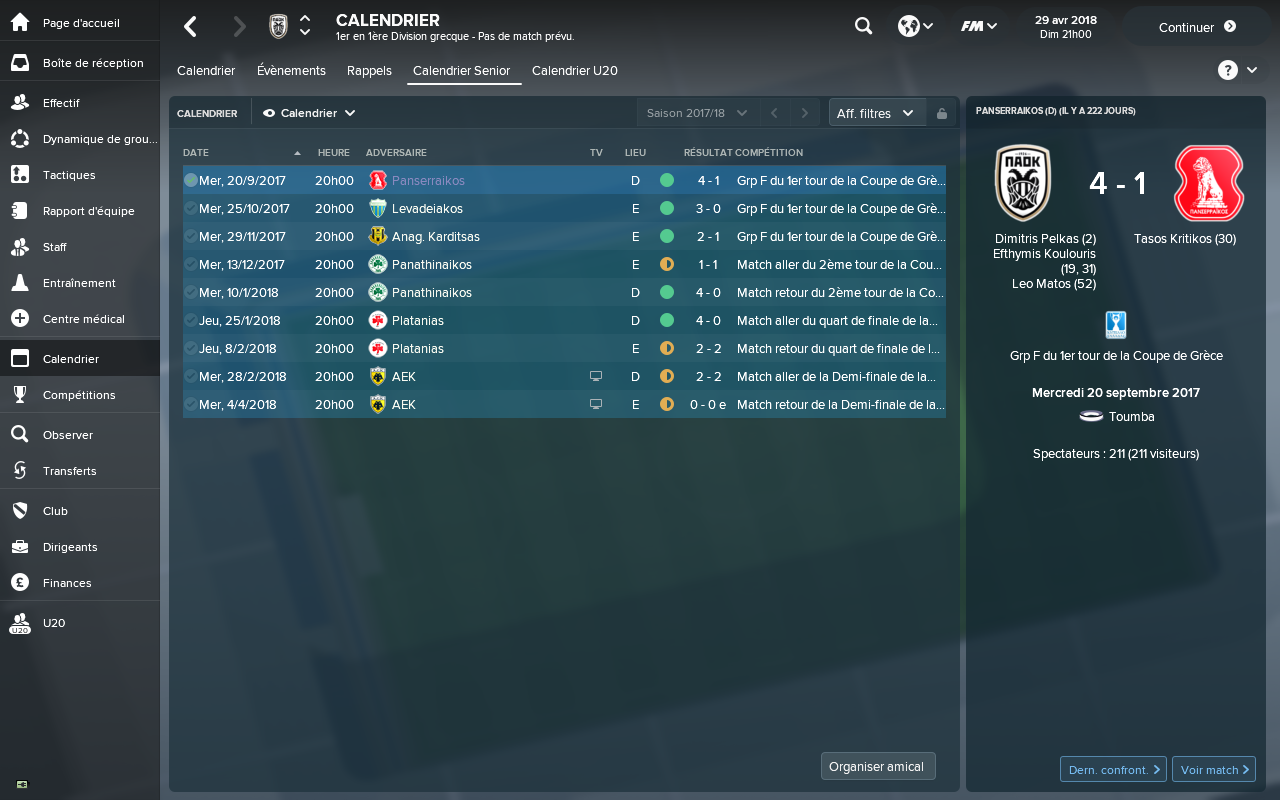 EURO Cup
I lost in 2nd round with a big away loss at Ajax.... According to the challenge, this rewards me with 0 pts. 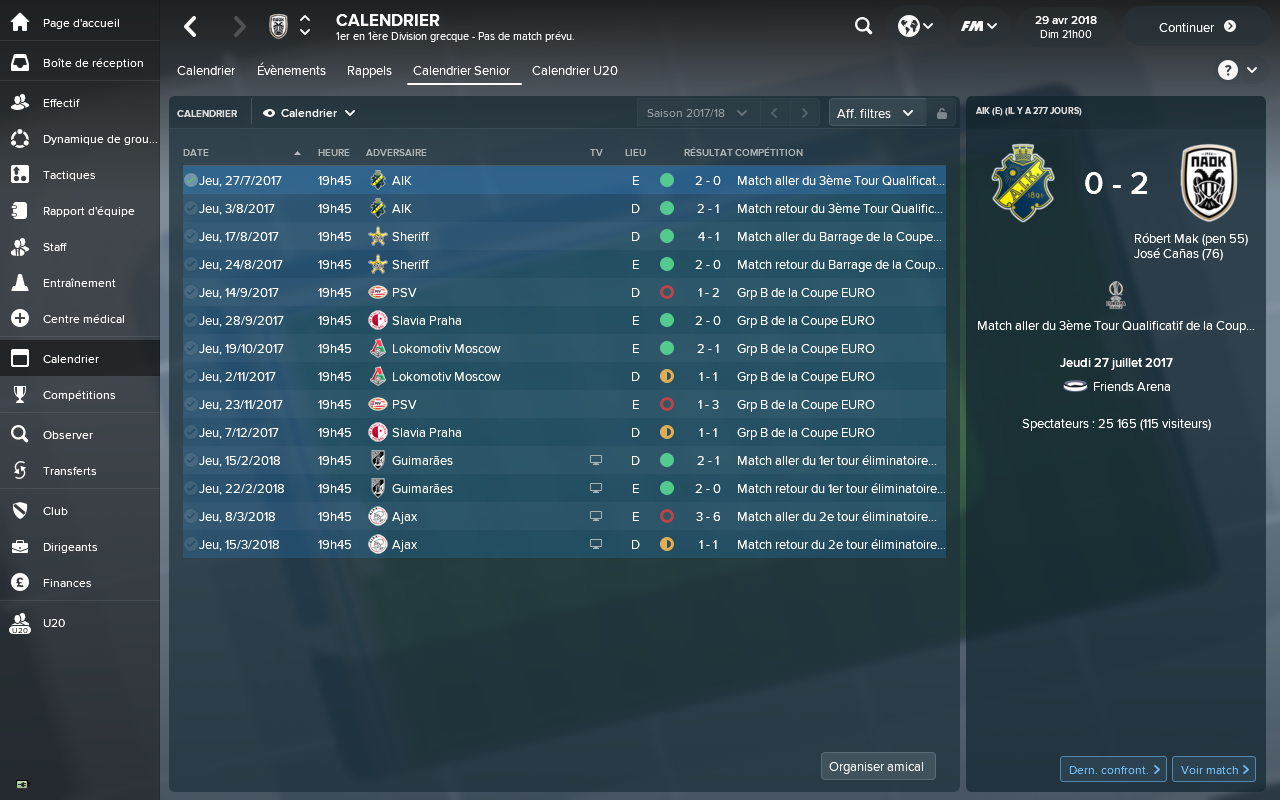 Fixtures List
Below are the fixtures. Regarding the rivalries, I've beaten Olympiakos 0 time and Panathinaikos 1 time (in the league). So 1 win against rivals, this rewards me with 1 x 5 = 5pts. 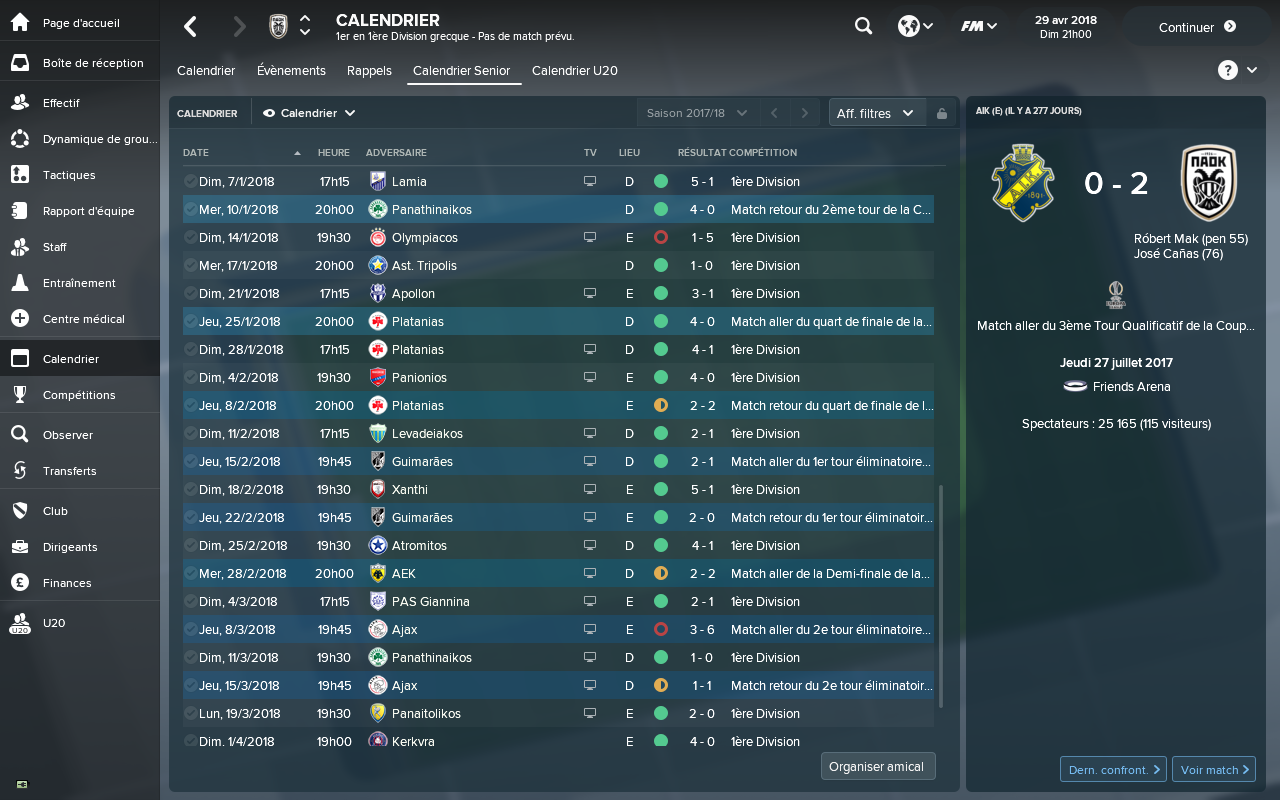 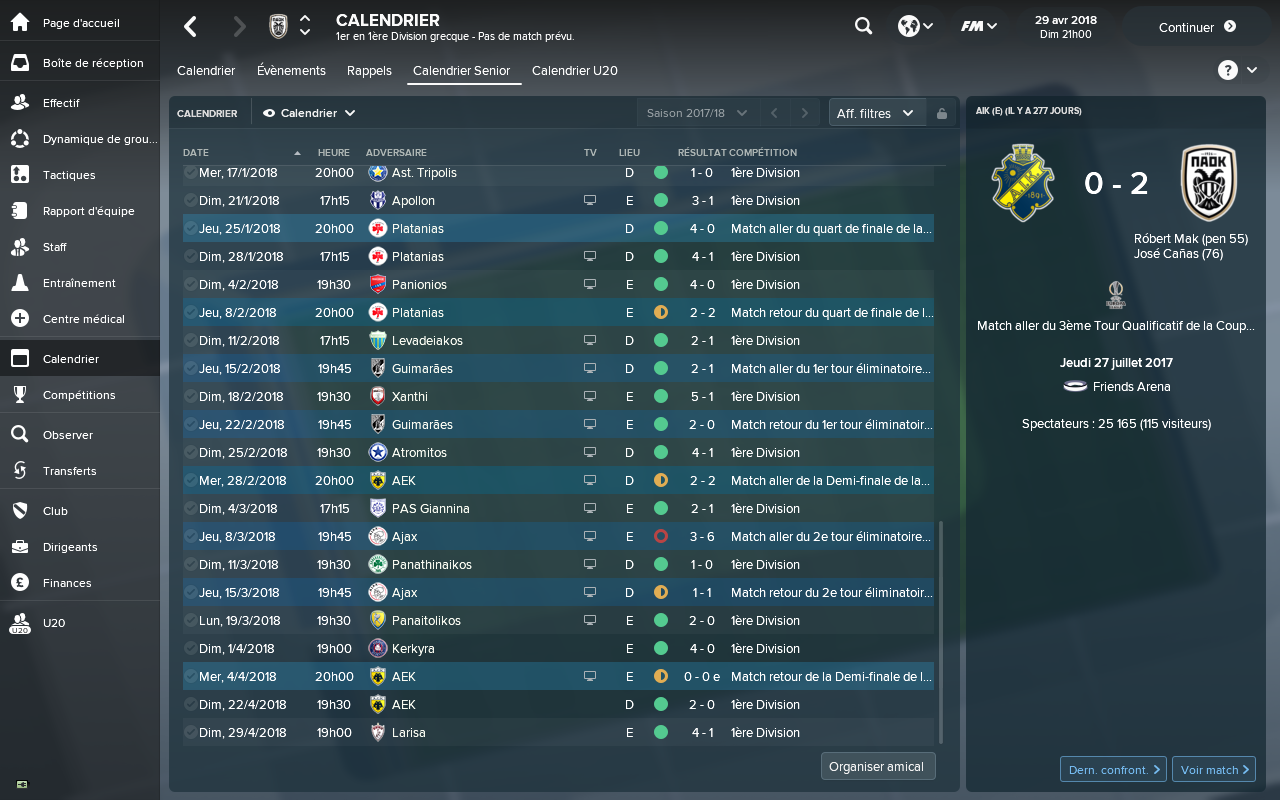 Extras
Given the good results I've got this season, I've won several awards :
Top Goalscorer = 5 pts (and third one as well 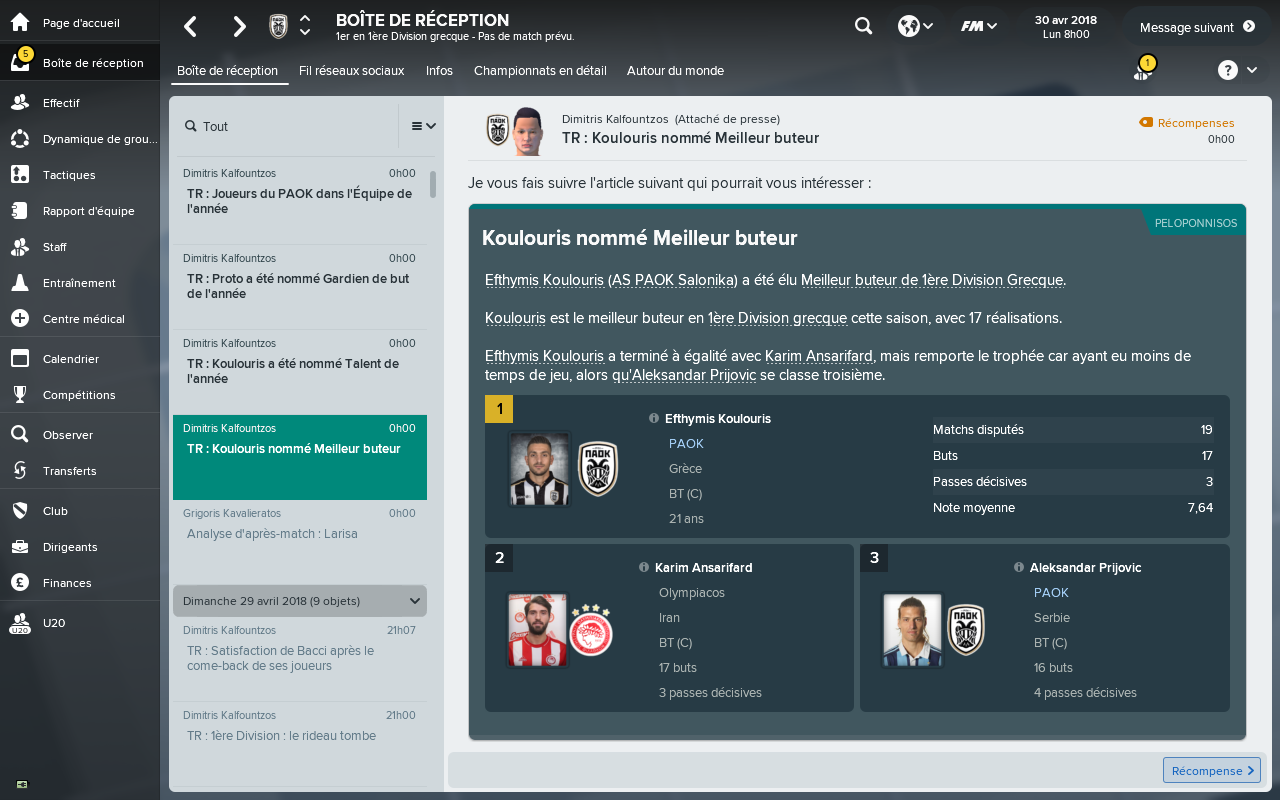 Below is my game saved.
Attachments 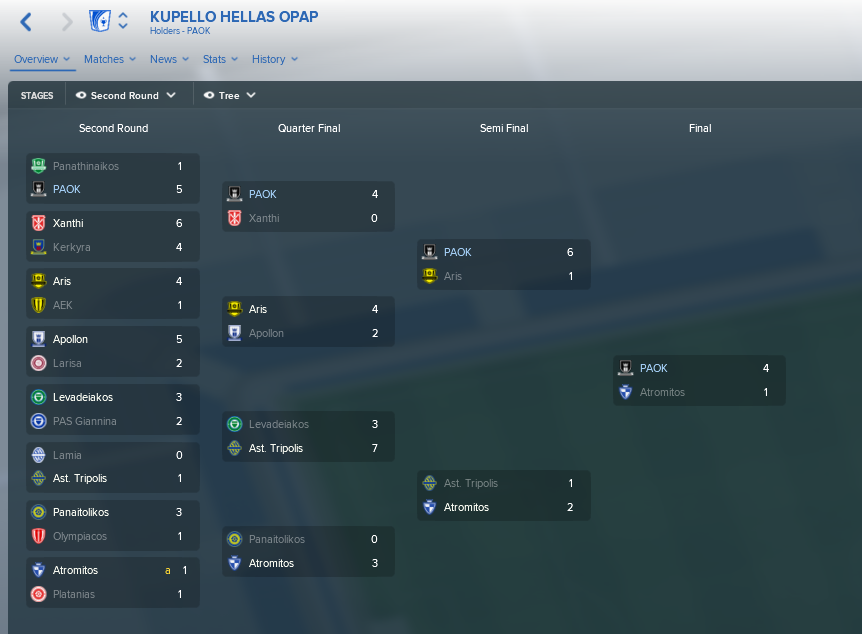 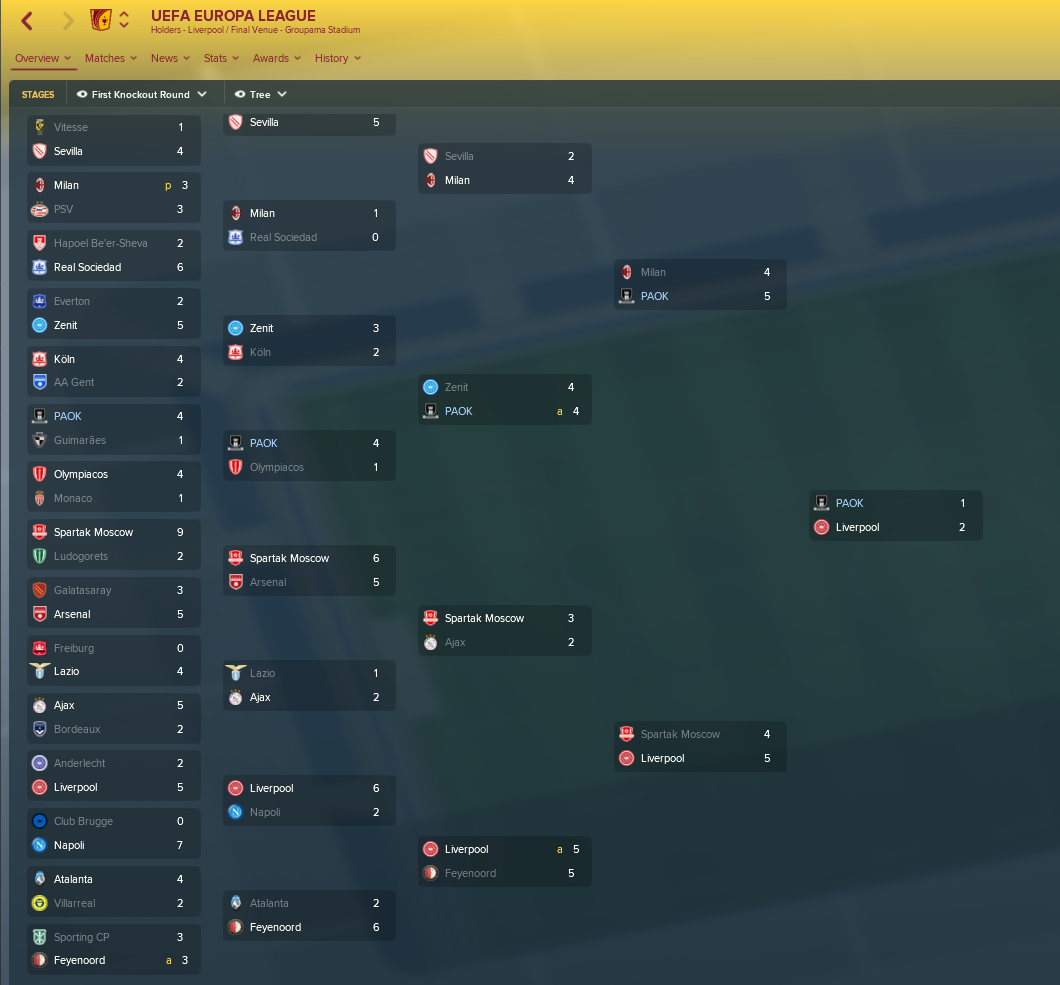 Foreigner of the year:

Talent of the year:

Foreigner of the year:

Talent of the year:

jesus! whiped the floor with everyone else there!
FM20 Career:

Dans Journey Around the World
Comments are now closed, no more comments can be added