1 hour ago
motoclub added a career: Career in Belarus

2 hours ago
lorek007 commented on: Facepacks Release thread - NO REQUESTS

2 hours ago
lorek007 commented on: Facepacks Release thread - NO REQUESTS

3 hours ago
HockeyBhoy commented on: Now I would walk 500 miles... 3 hours ago
A new version of our data update was released with 47078 changes from 190 contributors.

4 hours ago
Maurice221 commented on: Restoration of the standard logos!

4 hours ago
kingrobbo commented on: Press Conference bug in FM 2020

4 hours ago
alejobostero commented on: SS Fantasy Kits ONLY Thread (NO REAL KITS)

4 hours ago
rekooner2 commented on: Facepacks Release thread - NO REQUESTS

You might have ticked "disable use of in-game editor" when you started your career savegame, if that's the case you'll have to start a new save for the icon to show up

there have been a few issue with this over the years most are resolve by exiting the game and all other product related to your steam account and then logging back in to steam ...see what happens should clear it
if no joy verify the integrity of the game once again via steam and if no joy email [email protected] still no joy then...

you need to pop over to SI and ask there its their product, doubt you get an answer now due to time so look in bugs forum see if its been reported before

did you purchase the IGE when playing the game? or did you do it directly from your steam account?
as the later seems to be the one that causes most issues

Have u tick ‘ingame editor’ in preference?

Hey Hammer, I've just checked, yes I do have it ticked but it's still not showing up

Can anyone please help!? My in-game editor isn't showing up

Any help is appreciated!
Thank you
Craig

Hey Hammer, I've just checked, yes I do have it ticked but it's still not showing up

Can anyone please help!? My in-game editor isn't showing up

Any help is appreciated!
Thank you
Craig

Hi All, I'm looking for any help possible with tweaking this tactic I am using with Athletic Bilbao, I like the formation and the roles but open to suggestions. Just wondered if anyone out there knows of any other way I can dominate games (and particularly to score goals!) within this formation

Attached are images of the overview, team instructions, and each different player instruction (didn't know how to put them within the text)

Thank you to anyone that can help

Both suggestions are not too dissimilar from what I already have... it's the defensive side that's the most annoying, I guess I'll keep experimenting with that.

Does anyone have any good set piece tactics? Nothing I try is working, very rarely score from them and very often concede from them?

Thanks in advance for any tips

Does anyone know how to give a player a testimonial? I've got a game as Southampton and Adam Lallana's been there over 10 years and I wanted to give him one, thanks to anyone who knows

Results really dried up after about 10 games :/ still beating teams I really should be beating but a lot of the wins have turned into draws and more and more losses are creeping in. Could be due to fatigue (Dec/Jan/Feb - pretty much 2 games a week all through)
Cjames14 12-11-13 - 14:23

How do you train and untrain preferred moves? I've done it before but it just comes up as blank in the "Request from" dropdown...

(I can't take screenshots for some reason)

Thank you so much Hammer, they're awesome

Could I be cheeky and ask for some Southampton ones too please??

Thank you in advance

Could I request the Liverpool 13/14 kits please?

Thank you so much in advance 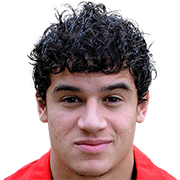 Probably an alt, but people are gonna constantly request it, so I've cut it, from a bigger source

This is awesome thanks

Mons edit - Image has been cut

I was just wondering something... on every game I start, my tactics always work brilliantly and I 'over achieve' in the first season, but then as soon as the second season starts and for every season thereafter, my team is just largely inconsistent... is it a case of the AI working out how to counter my tactic? Has anyone else had this problem?

Hi there, I've been searching for cut-out faces for Jordan Ibe and Lloyd Jones and have had no luck! Does anybody know where I could find them? If not both, Jordan Ibe for sure... thanks in advance guys!