We have thousands of individual FM Kit Packs, when download this pack your copy of Football Manager will be updated with all the latest kits. Not only that but you'll have our famous SS Kits, which we think are the best Football Manager Kits around. 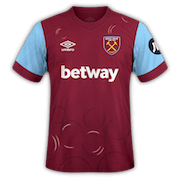 Nice1 Mate (y) Look forward to adding them into the game.

I'll have a crack at the Hong Kong Premier Division

4 years ago
1 year ago
1
26 Oct 2016 18:56:46
Hi, i don't see anything about Icelandic Premier League, Icelandic First League and Icelandic Lower Leagues on the future works for the FM2017 SSKits. Are you going to work on it soon?

Hi, i don't see anything about Icelandic Premier League, Icelandic First League and Icelandic Lower Leagues on the future works for the FM2017 SSKits. Are you going to work on it soon?

ill put in WIP waiting lists for this ok

I've read that the Italian Serie B and Serie C are already in the making. Let me know if i can help with clear pics of sponsors and club logos!

its up to you but ArchaonDaniels know he doing with this because hes come from italy tho...but PM him if you want help.

I Have looked at the WIP and i see that Malta Bov Premier League is marked as being worked on and also on the waiting list , which one is it please ?

they are working on it...not waiting list tho...i fixed. thanks for found it.

they are working on it...not waiting list tho...i fixed. thanks for found it.

They're working, they're working.... I can do the La Liga and Premiership for 3 days and this on a full time job.

It doesn't help that two or three people "claim" the most popular leagues and give themselves a workload of 12 leagues per person, not allowing other people to do them.

IMO the system is flawed and you should only be allowed to do one league at a time! That would help resolve all this congestion and waiting.

4 years ago
1 year ago
3
05 Nov 2016 11:43:52
Well if there are enough persons willing to work on doing the leagues that could make sense but what if some of the people that make 12 leagues at a time are the same persons that make the lesser leagues ? what if there arent many others willing to do the low leagues ? that would be a longer wait. To be honest Im sure that there are enough people willing to do every league on the planet but its not guaranteed that they would be finishing them before those guys who have multiple leagues at a time on their hand, maybe their should be an other list for people willing to take some workload off other people s hands ? in reality i think the majority of people working on the packs dont let us wait that long after the game is released even those working on lower leagues and from what i see there is a good number of people willing to do the work, thats cool.

With the current pace I doubt he will be ready will all packs by November 2018.

Will the Kazakhstan top flight kits be made? Perhaps I've missed something!

Any word on when the Scottish leagues will be ready?

have you see first post, Madman99 still working on it.

give him time when he ready to release.

have you see first post, Madman99 still working on it.

give him time when he ready to release.

Yes we have saw it and are aware that he's working on it however the question was any idea when he's ready to release because I also see he's working on multiple other leagues too!!

I appreciate the work all kitmakers do but I don't agree with taking multiple leagues at once giving yourself more work meaning certain leagues take longer to be done.

A rough idea or update would be good to let us know what's happening.

Just looked back and saw that his last release was late August/early September time.

12 years ago
3 hours ago
534
06 Nov 2016 22:03:01
The packs I'm making will be released when I've finished making & have tested them end of, if your not happy with this may I suggest that you make the packs yourselves or stop fucking moaning all the time about how long it takes or how many packs are being made by the same kit maker.

The packs I'm making will be released when I've finished making & have tested them end of, if your not happy with this may I suggest that you make the packs yourselves or stop fucking moaning all the time about how long it takes or how many packs are being made by the same kit maker.

I would understand your frustrations more if it wasn't 3/4 months down the line. I understand where your trying to come from, but 3/4 months? (Referring to the Scottish/German and all other kits you've yet to complete). If you don't have the time, then don't claim them.

I think it's unfair to say people are being unreasonable based on how long you've taken.

3 Days, 3 Weeks or 3 Months mate I don't care how long it takes to make a pack, making kits is a hobby for me not a job. I have a full time job & a family to look after & will always put them first over making kits. I've been making kits now for 10 years & make them in my free time, it's only in the last 12 months that people have started complaining & moaning about how long it takes & it's only on this site that it happens.

No offense mate but I'm not looking for a tit for tat argument or needed your defensive explanation.

As I've stated already and in my first post, I appreciate the efforts kit makers do but surely if you don't have the time (which from you previous post, you don't have as much of) then why claim so many leagues when they could be done by one of the other kits makers who do have more time than yourself?

As you say, it's your hobby. So why don't you take one league at a time, once finished, take another to continue your hobby rather than grabbing 6/7 at the same time which means one league has to be done last which could take you far longer than even you may have expected.

I would understand if you was being hounded every week or people were asking after a month or 2, but we're coming up 4 months and you've did 2 out of the 6/7 leagues you've claimed. Surely you can't blame people for asking how much longer it's going to take you as it MAY get to the point were people may as well ATTEMPT making their own if they know that you've still got quite a bit to do.

Only my two cents and certainly not a dig, just a reasonable suggestion.

@hammer9 your system needs to change, people should only be able to "claim" one league!

100% agree with @PaperRosesSMz, pretty much the exact argument I've said a thousand times over but more eloquently put.

@hammer9 your system needs to change, people should only be able to "claim" one league!