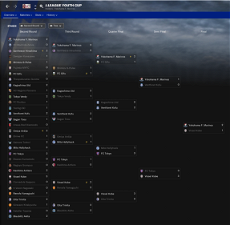 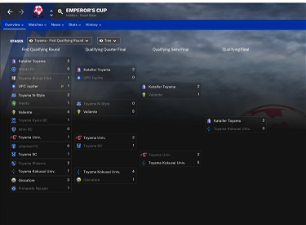 THIS FILE IS NOT CREATED BY MYSELF, I HAVE PERMISSION FROM Robbles Quin ®™ FROM THE SI FORUMS TO SHARE HERE.

Welcome to the First official file for JAPAN!

Tiers 1-6 are included all with real 2020 Fixtures and league expansions for 2021 and beyond!

Also included is the FULL EMPERORS CUP QUALIFICATION with over 1500+ TEAMS over 47 REGIONS!!!

ALL TEAMS ALSO HAVE THE CORRECT SPONSERS AND VALUES

Also included is Karin's Latest FM21 Players/Staff/Media/Referee Database translated from Japanese which include over 7000 players/staff and others to fully flesh out the full 6 tiers!

PLEASE NOTE THAT THIS IS STILL CONSIDERED A V2 BETA SINCE I HAVE NOT ADDED Tiers 7-10 Yet, however the clubs and leagues are present

FULL REAL University Leagues with ALL Teams and fixtures (250+ Teams)

As with licensing issues with Japan, the club overview page cannot be viewed and will require a custom skin.fmf file which i am waiting on. (FIXED, refer to ADD ON)

Relegation from the JFL might throw you into a random Tier 4 league do to what leagues those promoting from are based (no way to fix this without dynamic relegation which will add countless hours of testing).

TO BE INSTALLED IN (SteamLibrary\steamapps\common\Football Manager 2021\data\game) 1. Load up the game and refresh the cache. 2. restart the game.