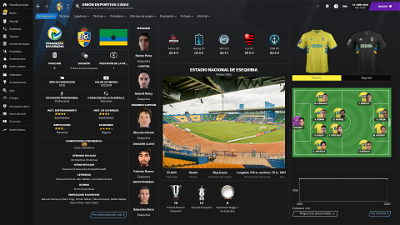 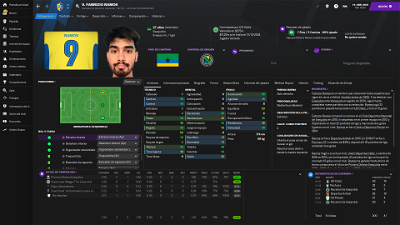 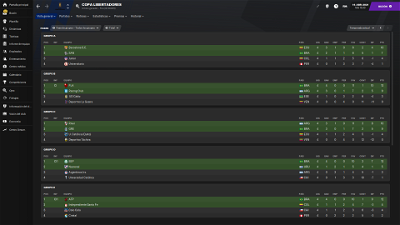 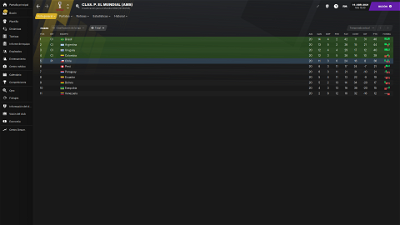 Esequibia adds a country in South america with +1200 players, 70 teams with logo and kits, 10 competitions and integration with international cups in SA!

Esequibia it's a new playable country for Football Manager 2021 created by Nahuel Lanzon (@nahuelzn) and Alex Machado (@regista13fm), with the collaboration from all the hispanic community of FM. It's a new country started from zero, with 15 cities and more than 70 clubs, each one with it's own story, players, vision, logo and kits!

Also, in this database you'll be able to find more than 1200 players created, each one is a member of the community who took the time to send a form, a picture and his description as a football player to be represented as accurate as possible in the game.

You will also enjoy playing with Esequibia, as every club has a unique set of challenges, customized to their story, or even some challenges as teams plays in the altitude or in very small fields.

Esequibia is also a member of CONMEBOL, which means that you'll be able to choose a team and carry it to the top of the Copa Libertadores or the Copa Sudamericana, and also, the national team will participate in the qualifiers for the World Cup and the Copa América.

- Technical staff, boards, sponsors, media, journalists and agents also were created from members of the community.

... and most importantly, a whole community of FMers in a database!

How to install it

Download the zip file and extract the folders in the appropiate folders. There is a readme in the zip file with the exact destinations. Open Football Manager and before starting a new save, clear the cache and reload the skin so the graphics and the language files takes effect. Then, just select the Esequibia.fmf file when starting a new save!

This database should be compatible with almost all other existing databases as long as they don't edit the Ireland (pre-1922) country or modifies the international competitions in South America.

We hope you enjoy this mod as much as we did creating it. If you do enjoy it and want to support us, you can buy us a coffee on: https://www.buymeacoffee.com/esequibia!

You can find more info of Esequibia in our website: https://www.esequibia.com

How do I uninstall this? When I downloaded it, I didn't make a backup of my entire game which was stupid I suppose. Anyway I've tried deleting every single file and folder associated with this but it still shows up in the editor. I've uninstalled and reinstalled the game and the editor, I've tried to load every update and all kinds of save files but I just can't get rid of this no mater what I try.