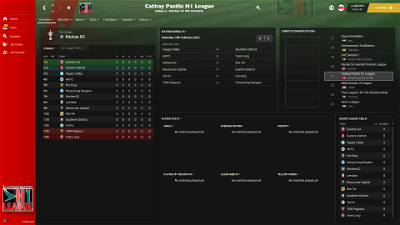 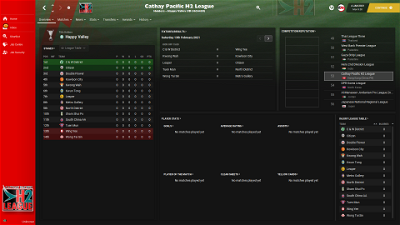 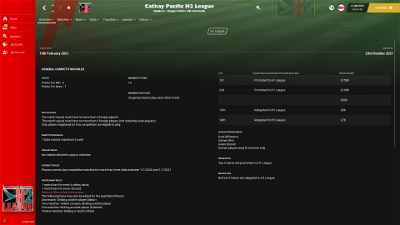 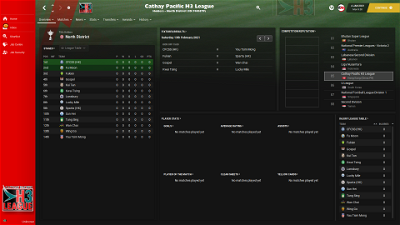 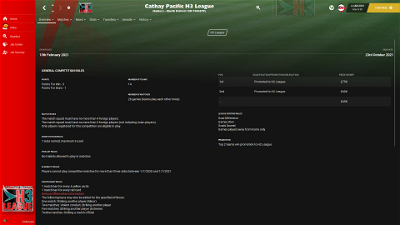 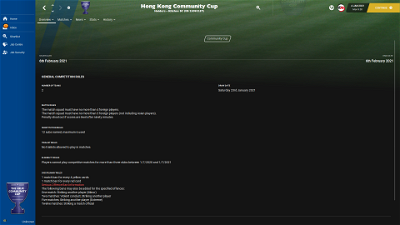 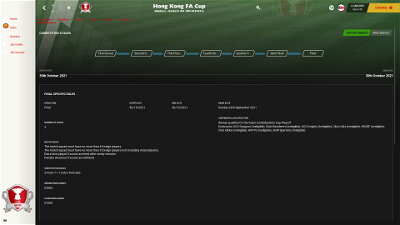 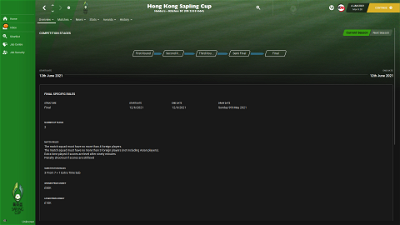 I decided to do another restructure to the Hong Kong League System, with the structure resembling that of the Japanese J League.

I wanted to play something with slightly shorter seasons which is more competative than the old system.

--Season runs from FEB to OCT, to bring it more in line with other nations in Asia. (New starting year is 2021)

--At the start of the game, Hong Kong get one place in AFC Champions League Prelim phase, and one place in Asian Conf Cup Playoff. This can change from season to season depending on nation coefficients.

H1 League teams enter in the second round.

I also included a small graphics pack that includes competition logos and trophys.

For kits, if you use these 3 kit packs, then every playable team will have kits.

If you use the FM21 "Real Name Fix by FMScout", I suggest you delete the Hong Kong competition names in the file "FM21 Fix by FMScout.lnc", as the naming for the HK Leagues are all messed up.

To do this, go to Steam\steamapps\common\Football Manager 2021\data\database\db\2140\lnc\all and find the “FM21 Fix by FMScout.lnc” file.

Edit the file and search within the file for Hong Kong. You will see:

Just delete all of that, then save the file. You may need an advanced text editor like Notepad++ to do this.