1 minute ago
rekooner2 commented on: Facepacks Release thread - NO REQUESTS

16 minutes ago
weeniehutjr commented on: Tutorials and guidelines for cutters

48 minutes ago
rekooner2 commented on: Facepacks Release thread - NO REQUESTS

59 minutes ago
maxtod77 commented on: Facepacks Release thread - NO REQUESTS

1 hour ago
Kriss commented on: Request Thread (ONLY TEAMS, COMPS and NATIONS THAT ARE IN THE OFFICIAL FM DATABASE)

1 hour ago
bakizp commented on: Facepacks Release thread - NO REQUESTS

1 hour ago
krissmed commented on: Tutorials and guidelines for cutters

1 hour ago
bumper commented on: SS Fantasy Kits ONLY Thread (NO REAL KITS)

2 hours ago
Ivs commented on: Any other matters - related to Cut Outs but not to any particular thread

Cobra 361 Attacking Tactic by Passion4FM 14.1.4!
New tweak for 14.3.1 released! There's a new write up so make sure you read it in order to know how to make the tactic work http://www.mypassion4footballmanager.com/2013/11/football-manager-2014-attacking-tactic-cobra-3-6-1.html

For many years I've been using other people's tactics. I've had various success, but I always felt like i wanted to create my own unique and winning tactic. I was tinkering, thinking, writing it up on a piece of paper, feeling like an evil scientist. Luckily, I managed to create a system that worked, and worked well!

I like creating tactics, based on principles from real life football. In recent times I've become a fan of defences consisting of 3 defenders, naturally inspired by the way Juventus plays under Antonio Conte. The principles of his playing style also struck home with me. The idea was simple – press, run and track back. Teamwork and work rate. No fixed build-ups, variation in the play and a great combination of fluidity and discipline. Another philosophy I like is Jurgen Klopp's words that in a way also reflect Conte's playing style: "If every player runs more than 12km in a game, you will win every game"

!) and it's deadliness, so the American fighter plane P-63 KingCobra fits the description well. 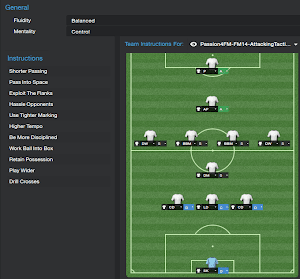 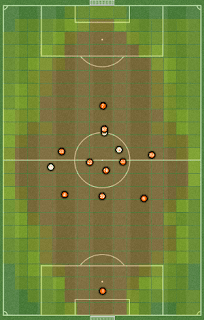 The formation is called 3-6-1, but technically it's a 3-1-4-1-1. It's an unusual but interesting shape, taking bits and pieces of different tactical systems. Apart from the 3 man defence, the most striking feature (and perhaps the most important) is the diamond shaping up in the middle. Diamond formations are often used (Fatih Terim's Galatasaray) to dominate the midfield area, and restrict space for the opposition. Natural passing triangles are created and the restricted space makes it hard for opposition to pass through the midfield area. The negative part of the system, is the natural lack of width, where the fullbacks are expected to venture forward in order to provide it. This gives away loads of space on the flanks to be exploited by the opposition. 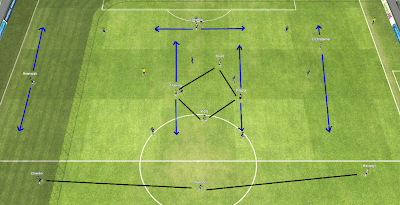 In order to balance that, the width in the tactic is created by two wingers positioned much higher up the pitch than fullbacks (Fatih Terim's diamond) or wingbacks (Conte's 3-5-2), that will rely on their work rate and stamina to run up and down the pitch, tracking back opposing wide players. Because you have 3 central defenders, the exposed flank is covered in a much better way, the defensive midfielder in the diamond providing extra protection for the middle central back.

In defence, the wingers will man-mark opposing wingers, harassing them and forcing them into mistakes. In attack, they will offer additional passing options for the midfielders, upset opposition with direct runs and cross the ball into the box. 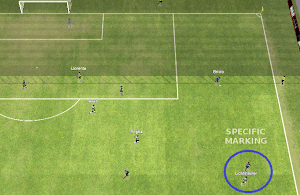 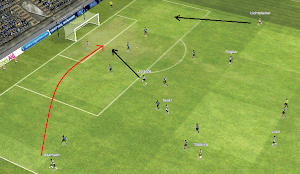 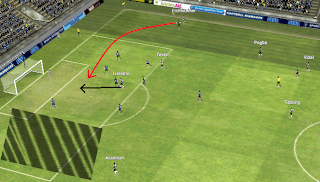 Your attacking midfielder and striker will constantly drift around, making them difficult to mark. They will make themselves available for passes, and exchange quick one-twos with each other to either open up space for an on-rushing central midfielder or themselves.

In defence, the wingers will drop back to cover the flanks, nullifying the opposing wingers. With the added 3 central defenders, this will somewhat resemble a catenaccio style defence, with 5 defenders in line (2 central backs on tight marking, the 3rd offering support where needed). In addition the 3 midfielders in the centre of the park, will drop in front of the defence, making it extremly difficult to pass through the middle, often forcing the frustrated opposition into a hopeful long shot. 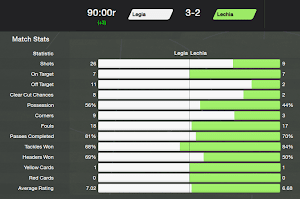 To conclude – this tactic brought me huge success in FM13, and works equally well in Football Manager 2014 (as it is a successful system not a single tactic). I've had great results with the teams i've played with, dominating the opposition with 20+ shots per game, whereas the other teams had often less than 7 (most off target). Once this attacking tactic gets 100% fluid, you will see great runs from the central midfielders, beautiful pass exchanges in the diamond and solid defending.


Cobra 3-6-1 works even with players without any skills! 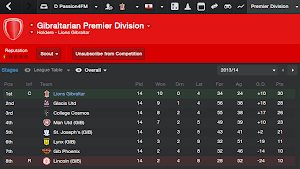 It is important for all players to have good work rate, teamwork, anticipation and stamina. In general, don't underestimate mental traits, they are important!

Goalkeeper – I chose the sweeper keeper, as he will be more comfortable with balls played in behind the defence. I also feel that's what modern football requires from goalkeepers nowadays and i chose it for my system as well. You want a regular good shot stopper, but it's important that he has good aerial stats in order to intercept crosses into the box.

Central Defenders – The 3 central defenders(2 on defend, one on cover in the middle) will clear any long balls, and through balls behind the defence. As such, they should all be aerially dominant, and the one in the middle should be quick(or at least the quickest of the three). Normally, for the covering the defender I try to get at least 11 acceleration, but the more the better. In the right-hand spot I put my best heading defender for set pieces.

Defensive Midfielder – He will protect the defensive line, offer support for the wingers and generally win the ball back, intercept passes and man mark any AMC to exclude him from the play. He will also fullfill some playmaking responsibilities, so the type of player you should look for is a deep-lying playmaker, with more epmhasis on defensive attributes. He should be able to pass the ball, as well as having good ratings for decisions, work rate, stamina, tackling, marking and determination. If he can in addition offer a physical presence it's a good bonus.

Central Midfielders – The box-to-box pair in the middle of the park is very important for the tactic to work. They run alot, and contribute to all phases of play. Stamina, work rate and teamwork is essential. In addition they should possess all the important techincal attributes to both attack, create and defend. Prime examples of such players can be Joao Moutinho, Jack Wilshere, Sami Khedira or Ilkay Gundogan. You can go with two equal midfielders, you can combine a more offensive one with a more defensive one too. It's up to you and maybe the strenght of your opposition. They will get lots of shot opportunities from around 14-15 metres.

Wingers – The defensive wingers balance the team, as they act as a flank box-to-box type player. They will contribute in defence, the build up and offense. They notch up alot of interceptions and assists. In addition they will contribute with goals. They require work rate, stamina, decisions and crossing. In addition they will benefit from acceleration, pace, dribbling(although not hugely important) and passing. In terms of the attributes they recquire defensively, it's good if they have decent tackling and marking(11 will do). However, I find that even regular wingers with poor defensive attributes can easily make up for it with work rate, as they will just harass the opposing winger into a mistake.

Attacking Midfielder – This is the player that will link the play, and if the central midfielders are the lungs, he should be considered the brain of this tactical system. The advanced playmaker will run around to find space, make himself available for passes and pass the ball on to other players, as well as supporting through balls for onrushing central midfielders, wingers or the striker. You want a creative player with good decisions, dribbling, passing, work rate and teamwork. He will also score some goals so finishing is a nice bonus.

Striker – The goalscorer. Drifting around, exchanging one-twos with other players and getting on the end of team-moves. He will pounce on through balls, finish crosses and sometimes create the goal himself. He will also take part in the build up, not only sitting in the box. Composure, finishing and off the ball is important, but the more complete the striker is the better for your team.

In terms of team training I have the match preparation on 50% until the tactic is fully fluid. Other than that I have:

In pre-season: Fitness – Very High, Match Prep – Tactics only 50% (if it's fully fluid put Attacking Movement), no rest before or after match

I like to give my players role training, as I believe this gives best results and makes them more complete. This is of course up to you, in how you want to develop your players but this is what I do with this tactic for individual training.

I'm a fan of training players preferred moves, as I believe it helps them become better players and benefits my tactic. As such, I try to unlearn all negative PPMs (shoots from distance, dwells on ball etc.) or all that contradict my tactic (tries long passess, cuts inside etc.). Some Player preferred moves don't have to be unlearned (or unlearned and replaced) even though they're not listed and you should just make the judgement on it yourself. All players in my tactic benefit from PPMs except for the goalkeeper and the central defenders. The PPMs are listed in order from most to least important.

Alot of varied opinions on this. People will tell you they don't help or that they do. I use them, I believe they do help your team, but it's up to you if you want to use them. The effect of them is hard to test as well.

If you want to use opposition instructions you can let one of your staff do it, given he has good ratings for tactical knowledge and defending. If you want to do them yourselves, here's how I set them up:

The last opposition instrucion you will have to do, and that is very important for the tactic to work is to apply specific marking before every game. Always instruct your wingers to specifically man-mark opposition opposing wingers(or wingbacks/fullbacks if you encounter a wingless formation). In addition, if your opponent plays one AMC you should instruct your DM to specifically man mark him and put mark tighter as a player instruction.

Pay attention to formation changes! If your opponent suddenly withdraws his wingers or AMC, and you dont alter your specific marking, your players will be marking completely wrong areas of the pitch and unbalance the formation (the change should include removing ''mark tighter'' or putting it back on if you have to switch to marking an AMC again).

Records and Achievements with Cobra 3-6-1 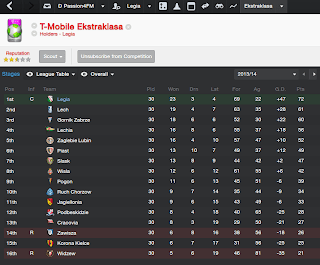 Some results with the latest tweak (v2) This tactic comes from Passion4FM a fantastic Football Manager Blog
Download Now
Download Cobra 361 Attacking Tactic by Passion4FM 14.1.4!
Download If you wish to share this file on another website, please link to this page, but DO NOT rehost this file on your own servers without the express permission of the original author of the file.