15 minutes ago
primellinas commented on: how i download cyprus patch

16 minutes ago
rfreixo commented on: Facepacks Release thread - NO REQUESTS

1 hour ago
hammer9 commented on: 3D Official Kits Thread 1 hour ago
A new version of our data update was released with 31301 changes from 124 contributors.

1 hour ago
foxwater commented on: Request Thread (FANTASY, ALTERNATIVE and ANYTHING NOT IN THE OFFICIAL FM DATABASE)

1 hour ago
Ttggfr commented on: Facepacks Release thread - NO REQUESTS

2 hours ago
mons commented on: Facepacks Release thread - NO REQUESTS 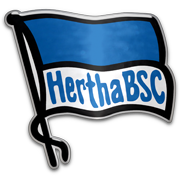 Having left my job working in a supermarket, I embark upon a new career in football management and aim to reach the top. Along the way I would like to manage any of the following Crystal Palace, Galatasaray, Paris Saint Germain, Rapid Wien, Sampdoria, Benfica or OFI Crete and be successful with them. Other than those teams, I have no real preference where I manage but all the time, I will be on the lookout for a good move. My career goals are as follows: -Manage specific club - Crystal Palace, Galatasaray, Paris Saint Germain, Sampdoria, Benfica, Rapid Wien or OFI Crete -Win a domestic league -Win a domestic cup -Reach the top level of any nation -Reach the top level of a 3* or better league -Qualify for Europe -Win European trophy -Win an intercontinental cup -Manage a nation -Win an international competition For this career I have started out unemployed with a sunday league reputation and with a National C coaching badge. I have all the European leagues loaded along with Gibraltar and Malta.