59 minutes ago
PinkHoverboard commented on: SS Fantasy Kits ONLY Thread (NO REAL KITS) 1 hour ago
A new version of our data update was released with 123685 changes from 435 contributors.

1 hour ago
mitchFCDB added a career: PSV Save

2 hours ago
Ttggfr commented on: Facepacks Release thread - NO REQUESTS

2 hours ago
HockeyBhoy commented on: Now I would walk 500 miles... 2 hours ago
A new version of our data update was released with 123662 changes from 435 contributors.

3 hours ago
murrayg commented on: FMV Logos 3 hours ago
A new version of our data update was released with 123650 changes from 435 contributors.

3 hours ago
diedie commented on: 3D Template Kits Thread for FM20 only 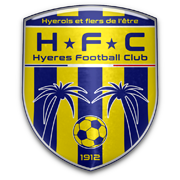 10 years into my Football Manager 2016 save, I've decided to keep track of it by creating a post on here. A tad late, I know. :D In short: I've managed in six different countries with seven different teams between 2015 and 2025.

2026/27 Season Review
:
After leaving Selangor PKNS in Malaysia, I left to move onto France with Hyéres in France's third tier (National). I joined in December 2026 with the club third bottom and seven points off safety. This is how the rest of the season unfolded.

My spell with Hyéres began well as we beat bottom of the table Quevilly Rouen Métropole 2-1 at home with young debutant Jordache Caron scoring along with our main striker Marwane Benhmida. Next came the winter break which included a special friendly, Brian Amofa's testimonial versus Podbrezova. We were absolutely dominated in this, they had 32(!) shots while we had just six. This was sadly a sign of things to come, but the main talking point was the fact that the main man Amofa got sent off in his own testimonial. What a guy! Anyway, as the season resumed we faced a good Orléans side and managed to bag a respectable point. January ended with back-to-back defeats to mid-table Belfort and title chasers Chambly-Thelle, the Belfort loss was harsh but Chambly were far, far too strong for us and ran out simple winners. End of Month Position: 16th.

February, like January, started very well as we picked up four points from a possible six. Firstly, a solid 0-0 with top half team La Berrichonne and then a 1-0 win over mid-table Le Mans. Aikel Gadacha scored the winner versus Le Mans, that was pretty much his only positive contribution sadly. Again, like January, the month ended with two straight losses. This was where it started to go bad, just like it was before I arrived. End of Month Position: 16th.

Sedan Ardennes inflicted our first defeat in March by one goal to nil. Stade Plabennécois also beat us before a disappointing loss to relegation rivals Mulhouse; Martin, who just turned 16, scored our goal. Groupe Sportif Consolat rounded off our March with another loss to make it four defeats in four and six in six overall. In my true opinion, I felt all the losses here were very unlucky. Definitely down to the fact our squad, despite a few standouts, isn't good. In fact, when I joined I even had a few greyed out players which is never a good sign! End of Month Position: 17th.

April was just as awful, in competitive football at least; friendlies offered some respite. First we faced leaders Romorantin but, like Chambly-Thelle, deservedly got well beat. That was followed by a loss to A.S Beziers which sadly confirmed the inevitability that was relegation. So all was settled and only pride was at stake. Then came the first of the final three friendlies of 2026/27, a 6-1 win over non-league Olympique de Valence. We carried some of that confidence into our next National match versus CA Bastia, who funnily enough were managed by my former assistant manager Salim Laassami who deserted us for Bastia a few weeks before, and we managed to gain a point. Martin grabbed a goal, been impressed with the young lad especially as Benhmida started to go missing. April finished with a 4-2 friendly win over another non-league side in La Clermontaise. End of Month Position: 17th.

May had two National matches and one friendly. We lost the first league fixture 0-2 to promotion chasing Chamois Niortais before destroying non-league Vincennes 7-0 away from home in a exhibition match. The season ended on a high as we beat Moulins, a team who also got relegated, to stay above the aforementioned club and finish second bottom with Moulins ending last. End of Month Position: 17th. As said above, we finished second bottom thanks to that final day win. Eight points off safety, we just didn't have enough. Old squad, retiring players, under-19 players and greyed out lads - a recipe for disaster. CA Bastia, the team our assistant deserted us for, actually got relegated with us on goal difference, so that draw we held them to was crucial so I'm glad to relegate my former assistant; that's what he gets! Remarkably, the team who we beat and who were bottom when I joined, Quevilly managed to stay up!

(End of Season) Board Content, 1yr Left on Contract: So despite all of that, the board of Hyéres were actually content with me which I guess shows how bad the squad was and how decent most of our performances were despite the losses. I also have one year left on my contract so I'll definitely be sticking around it looks like for the fourth tier of French football. A huge ton of work in the off-season ahead but hopefully we can at least challenge for promotion next season but it'll be tough. I'm always up for a challenge, these are the type of saves I enjoy most!