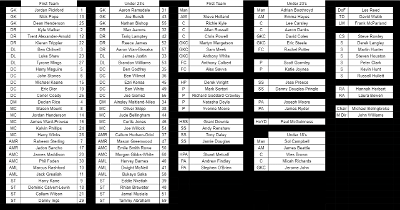 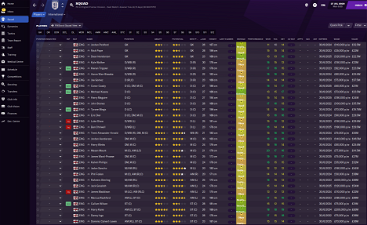 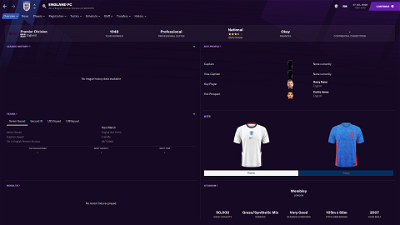 Start New Career game and select Club and International Manager
Ideally select as many nations as possible to increase competition.

Start with 30 Senior and 30 Youth Players, by squad registration at the start of season two (But ideally as soon as possible) reduce this down to two squads of 23 players in line with international rules. Only register 23 players. No squads of 25 senior players, last 2 places must be left empty.

Only sign English players declared for England, No signing Haaland for example as he was born in England.

Once at 23 Players, transfers must be done on a one in one out basis.

Release or Sell any youth players or senior players who dont or no longer meet the requirements. If you get a wonderkid of a different nation who could play for England in the future if he stays long enough its bad luck, hes gotta go asap.

Only play players who meet the requirements

Staff must all be English

All at least once

Only Select players who play for England FC, If a player starts making waves at another club you had better get the cheque book out.
Players out on loan unavailable for selection, players in on loan your choice.

Win the World Cup, Nations League and Euros all at least once.

Reputation set at 7050 in line with England Nation, sets it as the 8th most reputable club in England, sitting between Leicester and Everton.

All player contracts set as default from previous club, no staff wages or expiry dates set, should be random.

Added English staff to various positions who either hold that role with England National sides or were unemployed, highest current ability used to position unemployed staff with exceptions made to give some roles to BAME and Female staff members. No Staff taken from other sides unless already a member of England Set up.

Images not my own work. Kits from https://fmslovakia.com/downloads/kitpacks/fc12-season-2020-21/

My First shared Database, hopefully people enjoy it. As Yet not fully tested will update if issue arise