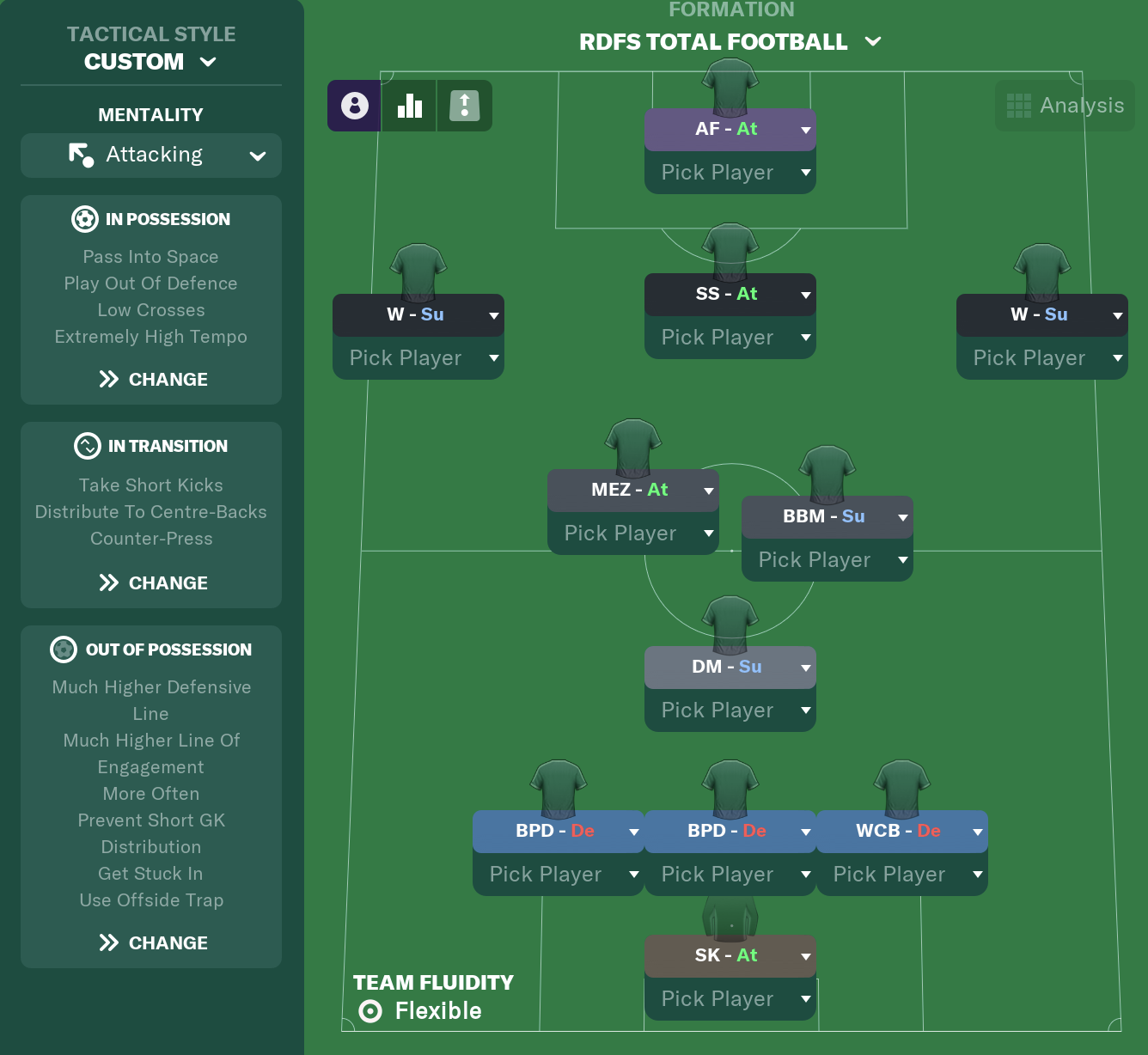 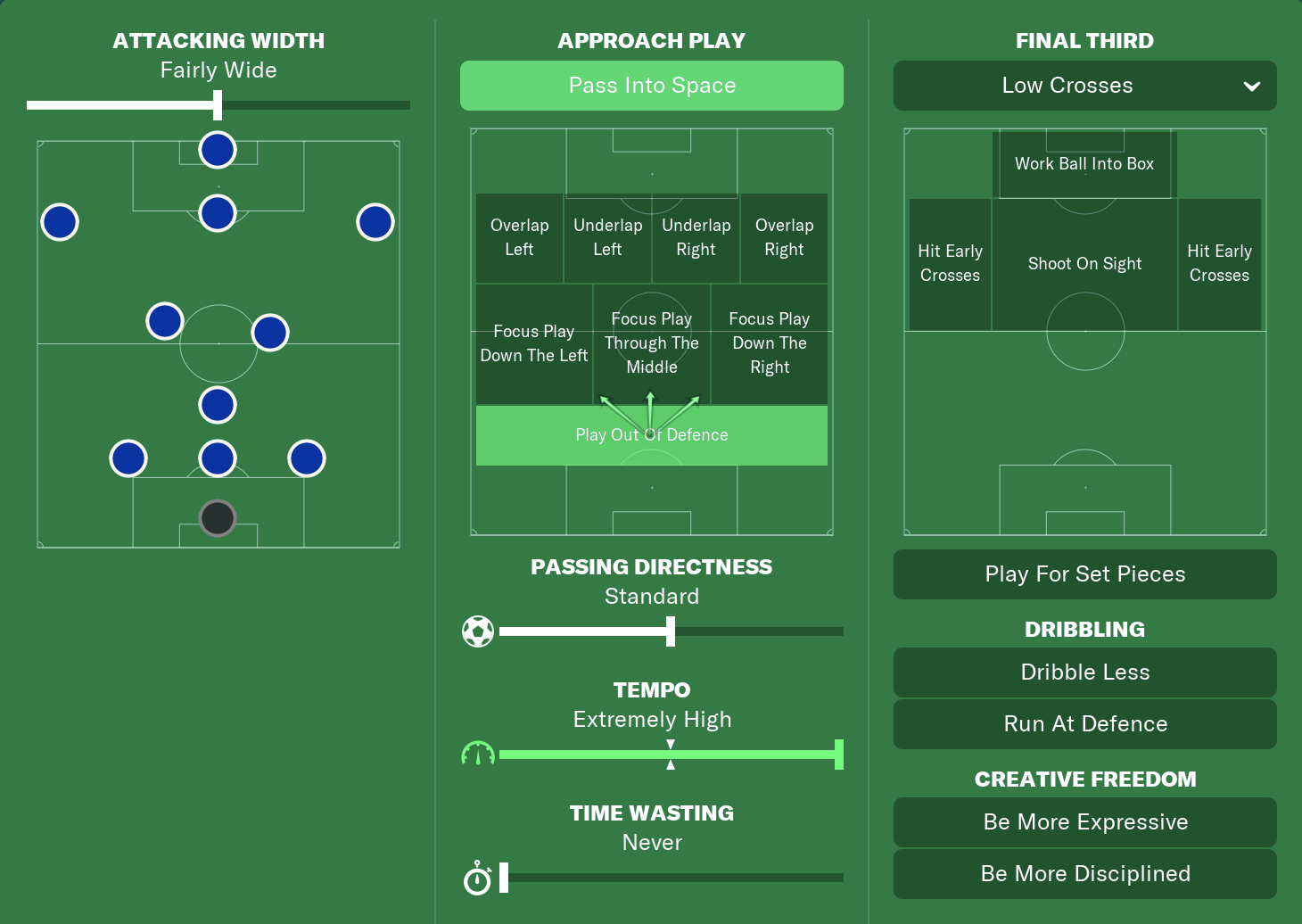 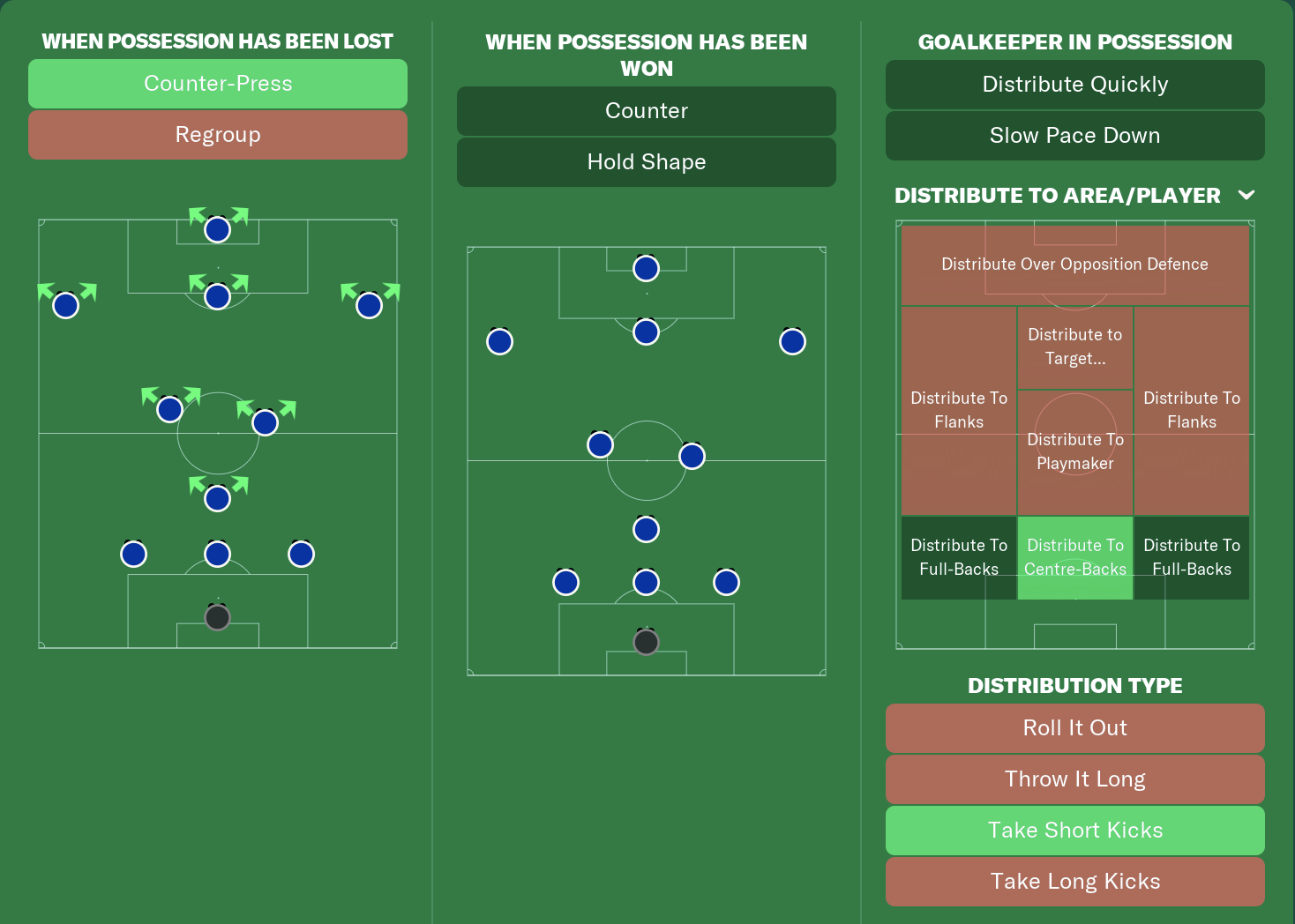 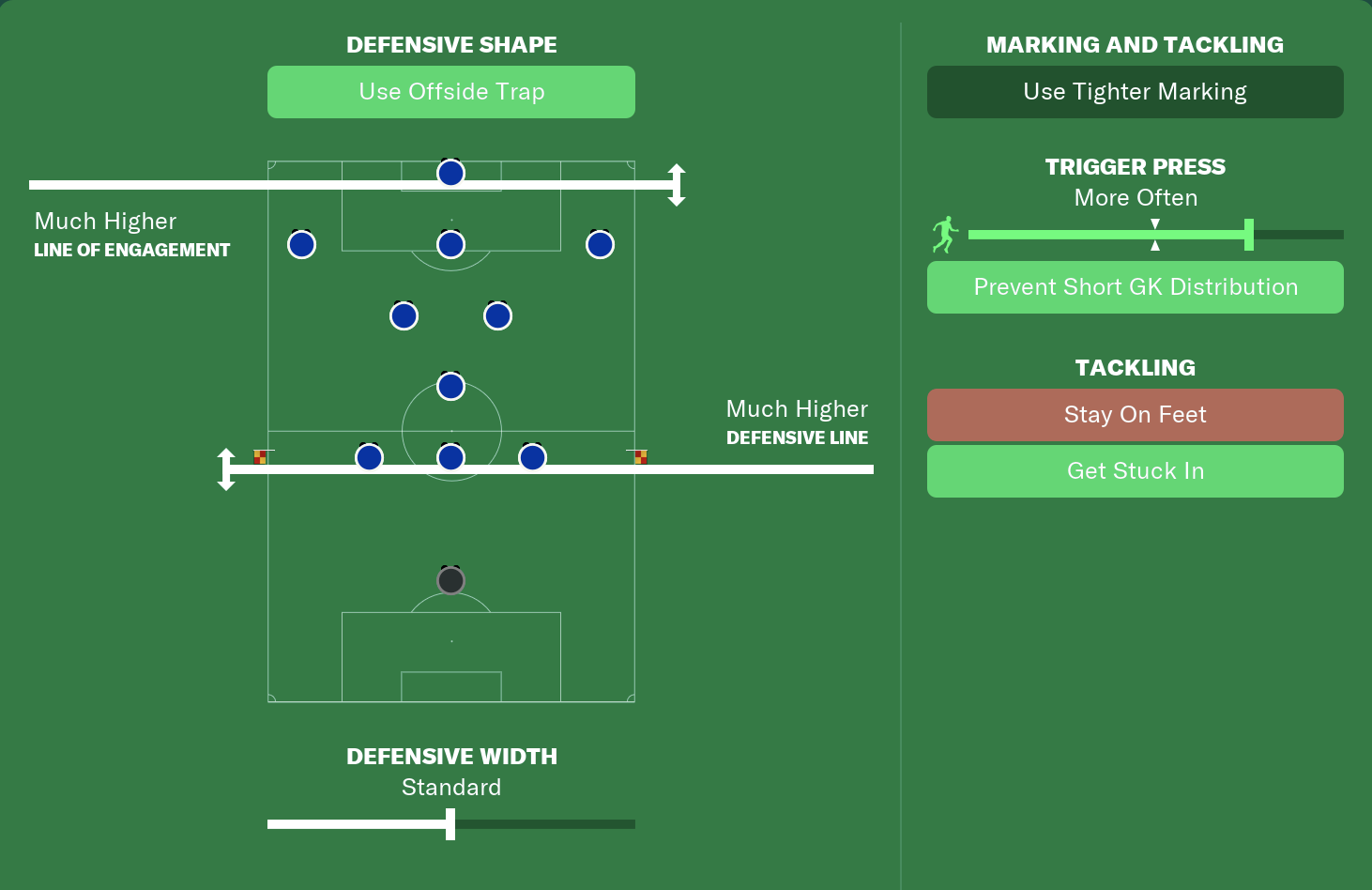 What is Total Football?

"Total Football is a tactical playing theory in football where any outfield player adopts the role of any other player in the team.

It creates for a fluid tactical system in which no outfield player is fixed in their set role – as any player can switch to playing as an attacker, midfielder or defender, with the only player retaining their position for the entirety of the match being the goalkeeper."

"The success of Total Football philosophy is, however, almost completely dependent on the fluidity and ability of each footballer within the team, as well as their ability to switch positions quickly and accordingly based on the on-pitch events."

Strengths and Spotting Weakness in 3-3-3-1 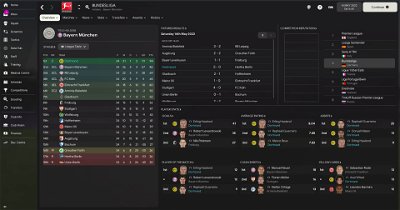 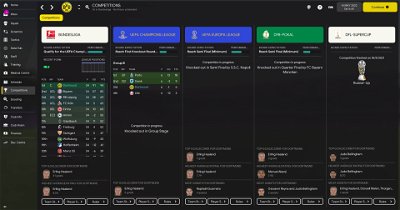 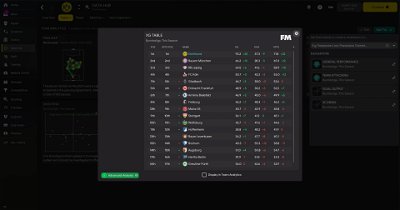 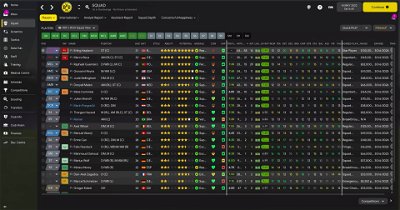 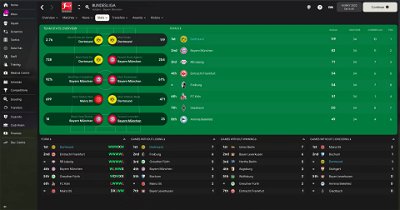 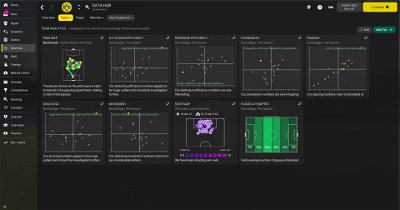