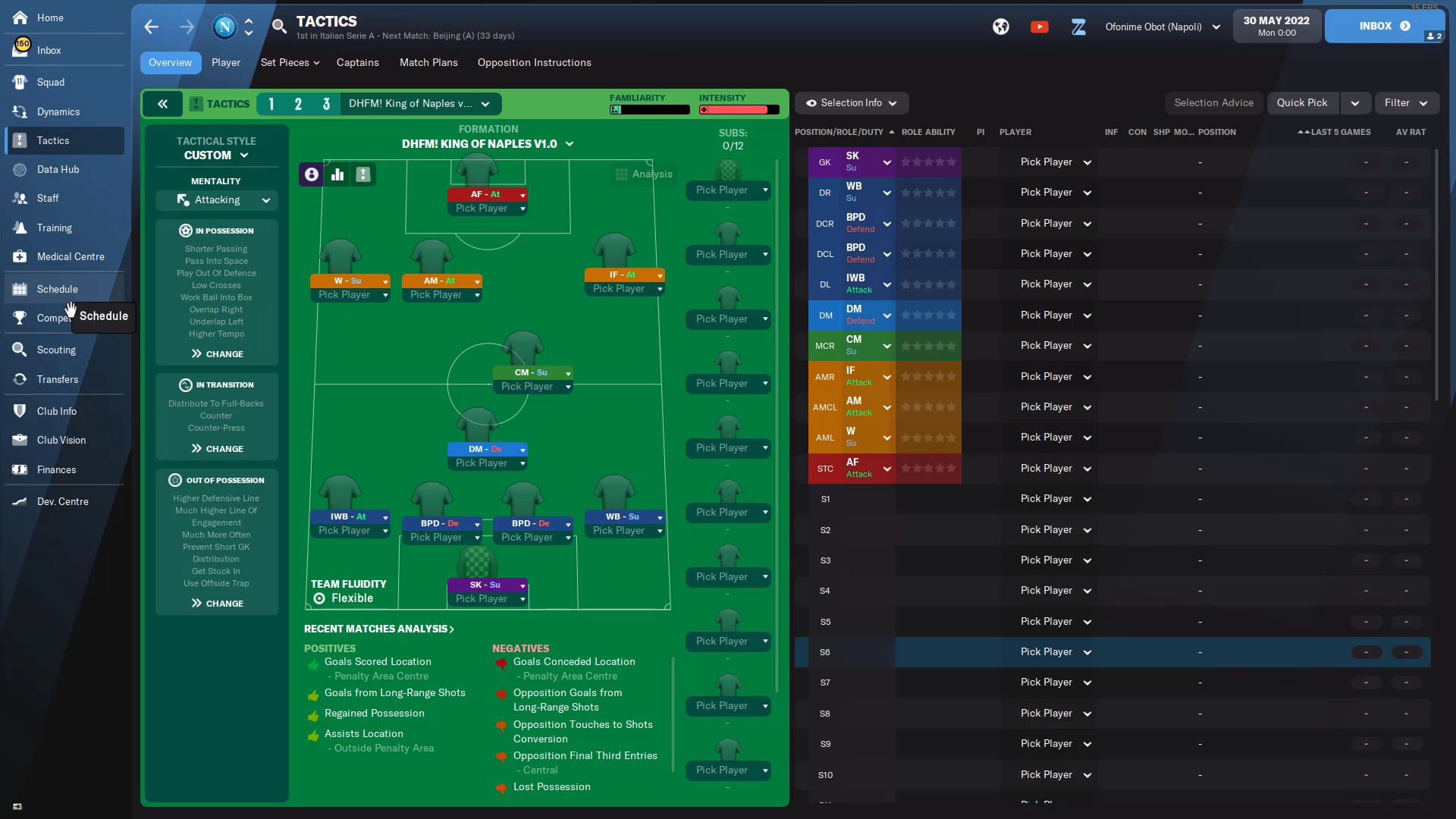 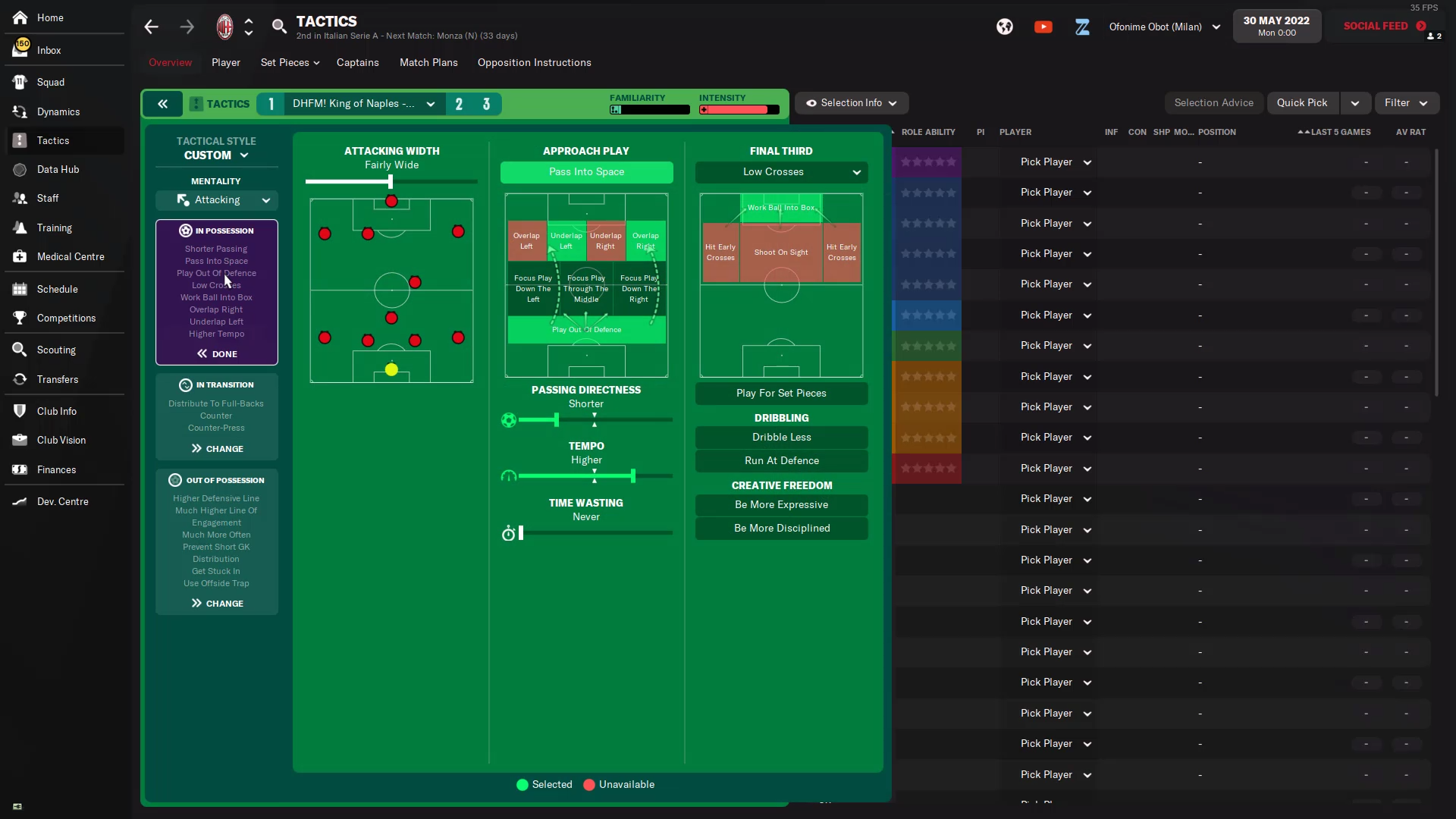 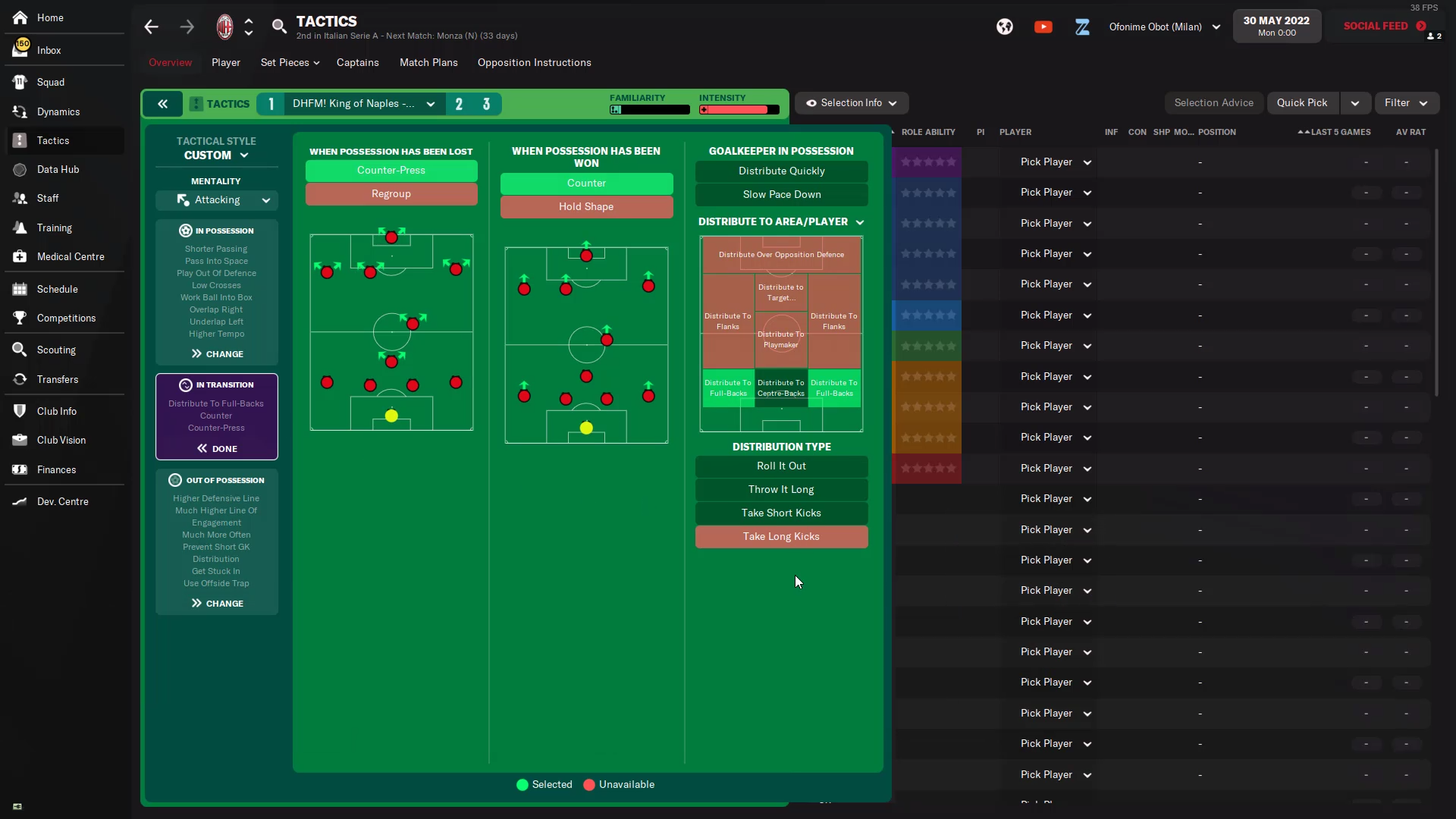 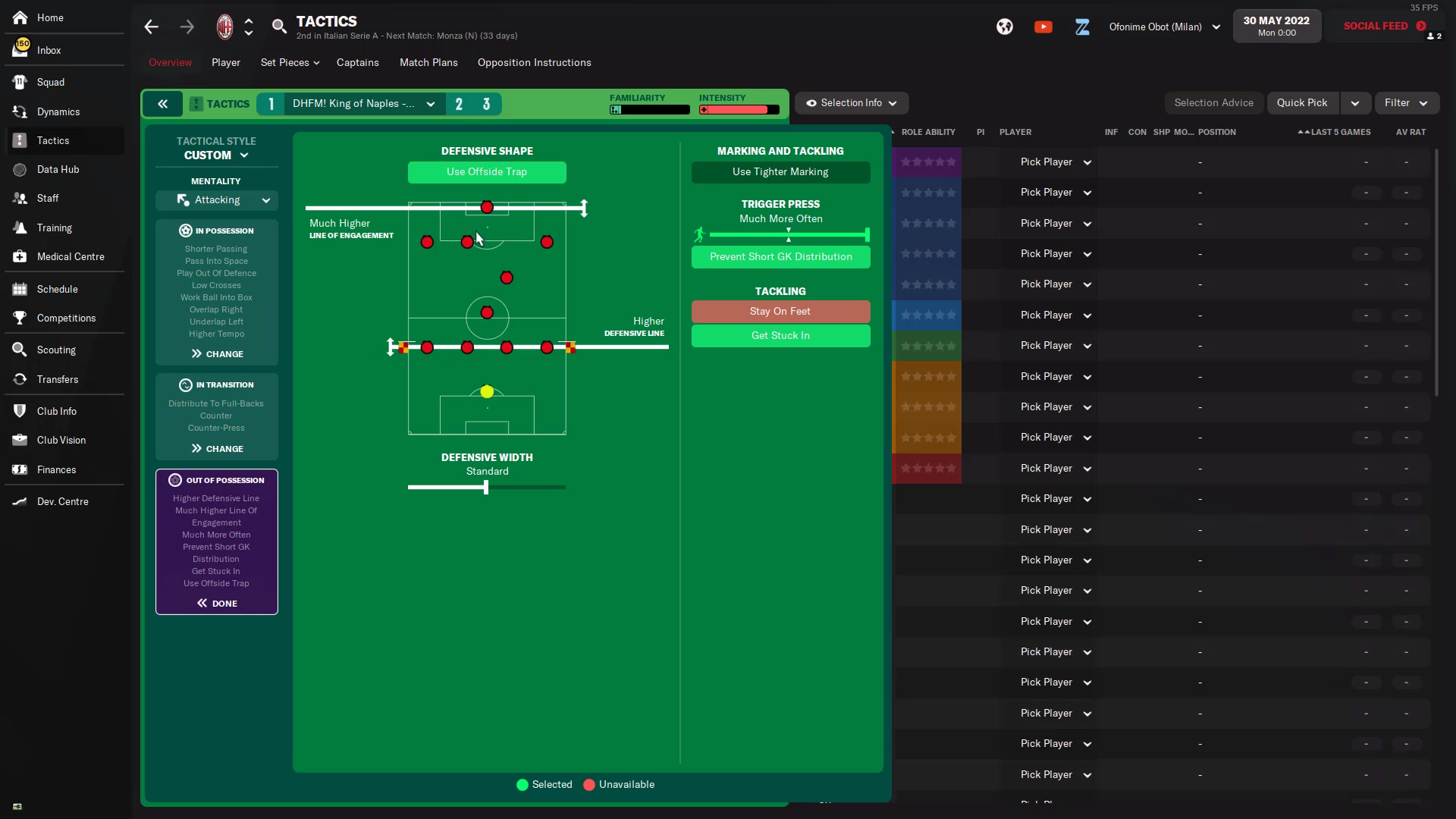 The tactic deploys a 4-1-1-3-1 formation with simple player roles even for mid-table and lower league sides. An advanced forward on attack duty, with a powerful trio behind him in a winger, inside forward, and an attacking midfielder in the number 10 role. The CAM’s starting position is much closer to the winger on the left.

The central midfield is the responsibility of one man on support duty. He will get some help from the inverted fullback cutting inside from the wide left position to support the midfield. Behind the central midfielder is a defensive midfielder on defend duty and he is responsible for protecting the back four. In defense, we have two ball-playing defenders, one wingback (on support), and the inverted fullback playing on attack duty.

This tactic has a unique team instruction that asks the team to look for the underlap on the left and to look for overlap on the right. The tempo is quick with shorter passing and a much higher line of engagement. This is relevant because of the numbers we have in attack.
Below are the league stats for Napoli and AC Milan from their first season in Serie A. No internal player instructions, no set-pieces, and no preset opposition instructions. Feel free to attach those if you have any that work for you. As for OI, a good assistant manager can suggest those pre-game and during matches. 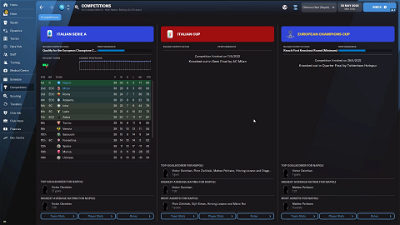 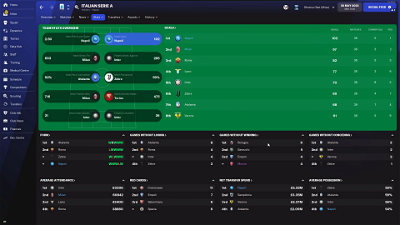 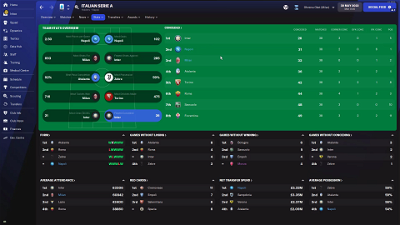 Two teams tested this tactic, Napoli and AC Milan. As Napoli became eventual Champions, I used their stats for this upload. AC Milan did just as good Napoli but fell short by 2-Points.