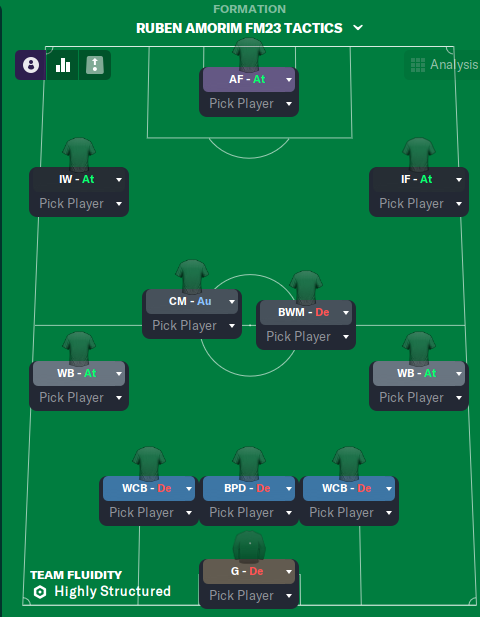 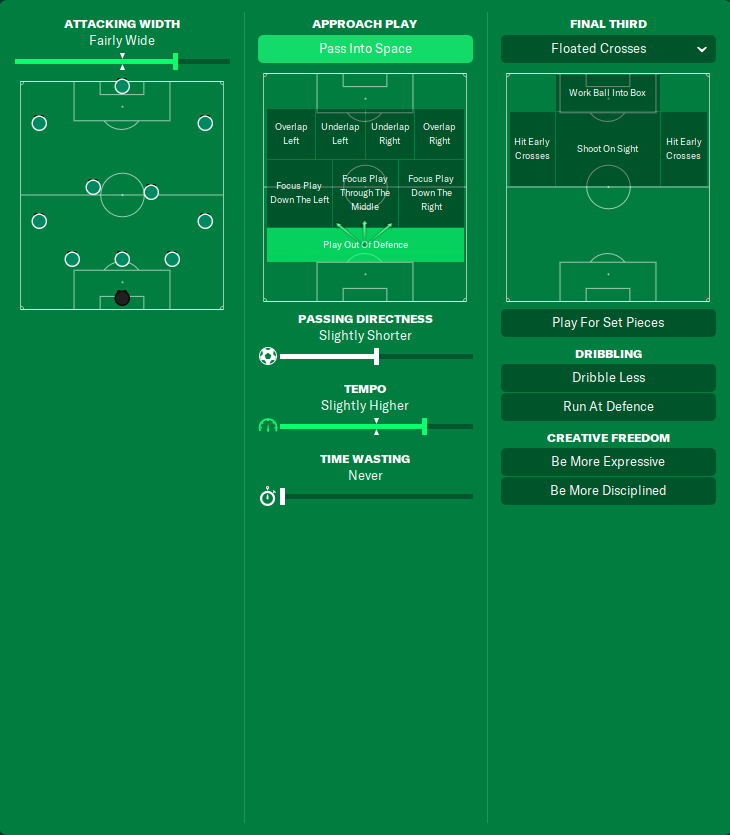 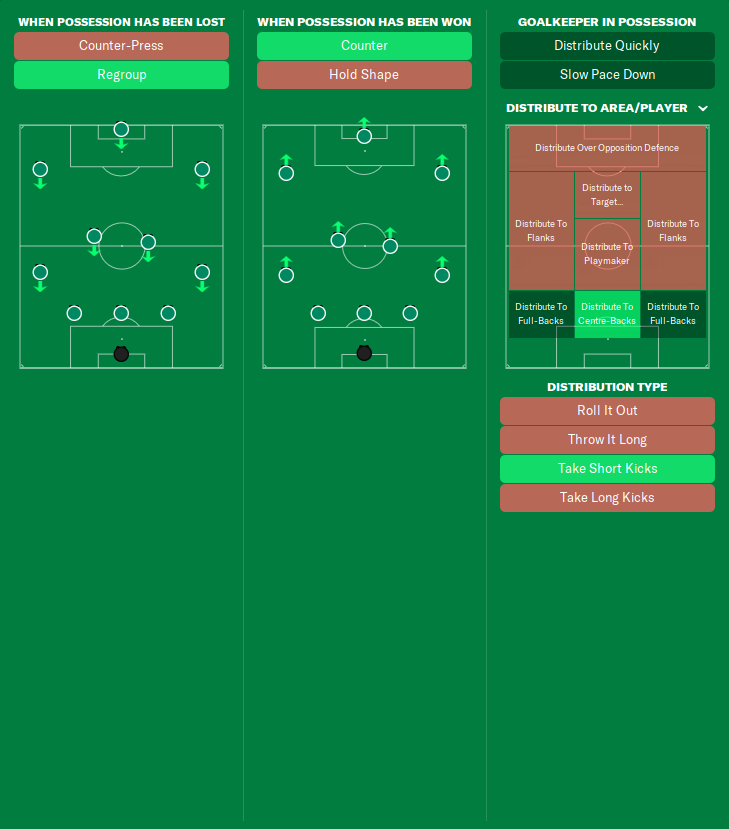 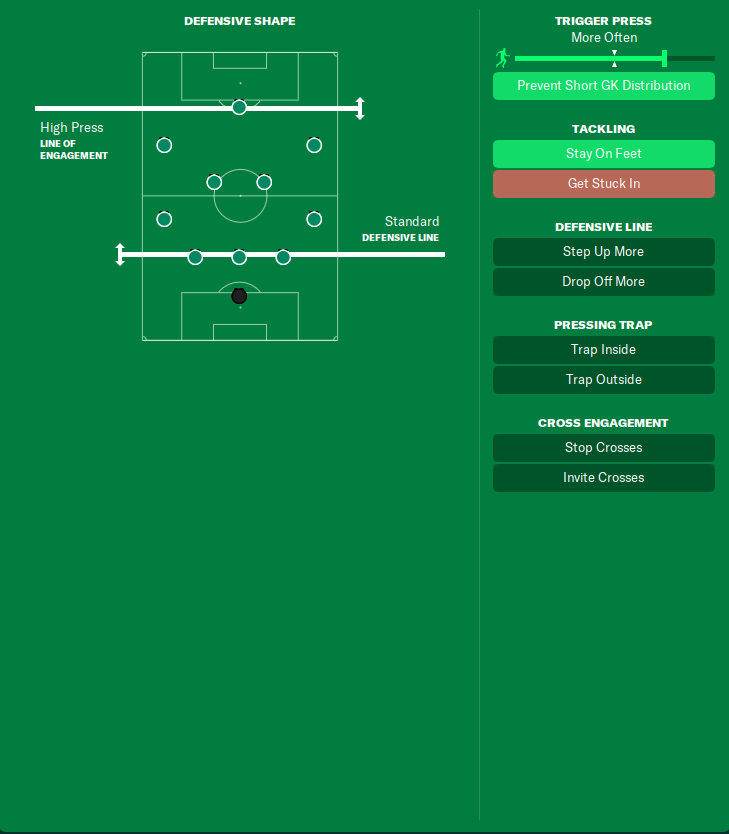 The three front players must try to receive the ball between the lines and explore the open spaces, or they can hold onto the ball and wait for the wings to overlap before exploring the flanks. The tactical idea is to build from behind with vertical passes, with the central defenders starting the construction and relying on the support of the two central midfielders.

The squad attacks closely during an offensive phase while simultaneously having a lot of freedom.

He prefers to see his sides play from behind while in possession, with the goalkeeper and centre defenders setting the tone and the midfielders providing passing lanes. The wingbacks maintain their wide-open positioning on the field, but the three players in front of them should be more mobile and open up openings for them.

When the ball is lost, the team immediately defends and tries to recover it. If such pressure is unsuccessful, the team swiftly recovers its defensive position and — because to the central defenders' and one of the mediums' outstanding positioning — seldom succumbs to a counterattack.

If you wish to see me go over this more in depth then be sure to watch this video below! Any support is highly appreciated!

How many games do you have to play for the tactics to work?