Feed
Football Manager 2020 is available to Play Now! Buy now, play instantly. Get these essential add ons to enhance Football Manager 2020 Want updated squads for FM20? We have the worlds biggest FM2020 Data Update. 9 minutes ago
A new version of our data update was released with 117655 changes from 414 contributors.

1 hour ago
KodjiaMaster commented on: SS 20/21 WIP Thread New! 1 hour ago
A new version of our data update was released with 117500 changes from 414 contributors.

1 hour ago
mickeyb36 commented on: Standard Fantasy/Request Logo only (NO PACKS) Thread

1 hour ago
K3VO commented on: SS Fantasy Kits ONLY Thread (NO REAL KITS)

2 hours ago
TiagoSeattle commented on: 3D Official Kits Thread 2 hours ago
A new version of our data update was released with 117341 changes from 414 contributors.

3 hours ago
Kosix13 commented on: SS Official Kits Thread 4 hours ago
A new version of our data update was released with 117238 changes from 414 contributors.

4 hours ago
Load FM! commented on: FM20 - A Wandering Dork

5 hours ago
lembergman commented on: FMT Stadium Superpack v FM20.1 5 hours ago
A new version of our data update was released with 117189 changes from 414 contributors.

5 hours ago
StaticShift commented on: FM20 - The Teplice Trophy Hunt - A Czech Adventure 6 hours ago
A new version of our data update was released with 117066 changes from 414 contributors.

12 hours ago
kingrobbo commented on: Data Fix advise please 12 hours ago
A new version of our data update was released with 116928 changes from 413 contributors.

Stockport on Edge-ley For New Manager
Here I was. My third attempt at a sporting career. With the first two ending in disastrous fashion, where better to be then a team nicknamed 'The Hatters'. Made me feel right at home! With the Stockport job available immediately, I declared my interest in the job. Sky Sports reported on my manouevre, falling into my trap to get noticed once again. What I didn't expect was the negativity within the report, with my hopeless past as a journalist. Nevertheless, it was enough for Stockport to give me an interview.

Attending the interview with a bow time and serious arrogance, I somehow got an offer from the club.

The original offer came in at a measly £150 a week. I went all out and asked for £500 a week, never expecting to earn more than the players. After some hard bargaining, we agreed on a very reasonable fee of £300 a week, meaning I could double the initial offers. I didn't win the School Apprentice Award for nothing (the one thing I didn't fail at)!

The next day the news was released, and I was the talk of the town. I had got my first job in football management, and with ease. With the likes of 'Arry Redknapp out of a job, I couldn't see how! I have a gift for it, it seems. Whether I have a gift for actual management is never question. Nevertheless, I was now the manager of Stockport County FC.

The Career of a Rejected Journalist

So this is what it had come to? At the age of just 25, the two things I wanted to do in life had slipped out of my grip, and I was clueless with what to do. I had began my optimistic career as a footballer as a 9 year old. I supported Manchester United. No particular reason as to why, not even glory hunting. With minimal knowledge on anything to do with football, I unearthed a sticker book that came free with a newspaper. I decided to turn to a random page.

Being a 9 year old lacking some general intelligence, I went straight to the middle, and found The Red Devils. I thought why not give them a go, they were red, and that 'Ruud van Nistelrooy' fellow looked alright. My career progressed, and managing to play for the same club for an extensive 9 years, found I thoroughly enjoyed playing. Nevertheless, my final season before our team disbanded was plagued with injuries, recurring little knocks that dampened performances every week. With my team disbanding after a long 9 years, having played since the creation of our little posse, I felt it was time to give it up.

Then I found my love for writing. I began writing small pieces on players and teams I like. Looking back they were fairly poor, but I vastly improved. I found myself writing match reports for non-league sides, and worked my way up, writing about Skrill, or Blue Square, sides, and even the odd Football League game. However, I couldn't achieve what I wanted, and decided it wasn't the career path for me.

So this is where I am at now. 25 years old, with nothing to do and no income. Any job will do me now. But I wanted to stay in football somehow. I pondered on my times when writing about numerous clubs with little importance to myself. I always wanted to be a football manager at some point in my life, taking to the video game quickly, but never felt I had the talent. Considering I seemed to lack talent in everything, I couldn't do much worse than before. That was it. I was to be, or attempt to be, a football manager.

But who would hire an unemployed manager with no experience in managing, or even coaching. A nutter, that was who. But it seems there are many nutters out there, and one may be willing to take me on.

This is the Career of a Rejected Journalist. 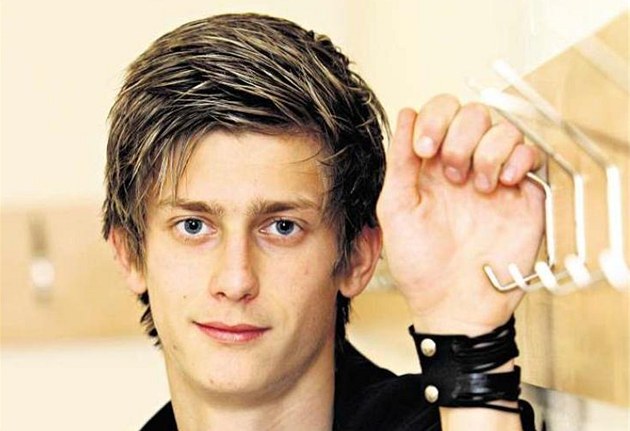 I've searched around and can't find any pictures of this player, and doubt it as a youngster in the Crawley side. However, if wanted to include, feel free:


Mons edit - Image is not missing, in fact it's cut from the same source.