48 minutes ago
murrayg commented on: FMV Logos 53 minutes ago
A new version of our data update was released with 177188 changes from 640 contributors.

1 hour ago
StefTo87 commented on: Facepacks Release thread - NO REQUESTS

1 hour ago
StaticShift commented on: FM20 - The Teplice Trophy Hunt - A Czech Adventure 1 hour ago
A new version of our data update was released with 177170 changes from 640 contributors.

2 hours ago
mons commented on: Arsenal Teampack 2 hours ago
A new version of our data update was released with 177094 changes from 640 contributors.

3 hours ago
KodjiaMaster commented on: KodjiaMaster and ShaneDuffy4BallonDor Kit Request Thread: Fantasy Kits or anyone else who is a better kit maker

3 hours ago
asdfff233ff commented on: fm20 closes with epic games

6 hours ago
sleipnirfossa commented on: Any other matters - related to Cut Outs but not to any particular thread

7 hours ago
kingrobbo commented on: [FM20] Found an error in our database[Players+Staff Changes Only]

8 hours ago
Jesús Sánchez commented on: Bringing Sabermetrics to Football

Nah, I'm sure @ducc is right. Plus, FMV logos don't have that filename format, that looks like too much hard work!

It's not that hard, or maybe I have just gotten used to it...

@iRaptr The logo is either from DVX17 or DVX18, though the DVX style empty space around it appears to have been removed. In DVX19 the Wolves badge was replaced with a more accurate version.
DVX Logos
High Quality FM Logopack
ducc 30-08-20 - 17:13

No Rush.. I was just curious.

Here is my interpretation of CONMEBOL.

Just a question. Are you going to take a look at all the other continent as well?

Here are national team shirt badges for UEFA countries. These may overlap what Dygon posted and what is in the alt folder. A few of the included images are what I think are the correct FA logos.

Maybe I will just go through all the national teams. Somewhat blindly, as far as alt content at least, as I don't currently have the Metallic pack...
DVX Logos
High Quality FM Logopack
ducc 10-08-20 - 17:47

Would you be interested in helping me make a ALT folder with all the national team logos?

As you have noticed some people prefer national team logos, and it would be nice to offer them an alternative to the FA logos ( I have gone through all the nations logos, and they will all be FA logos from next update)

I'm agree with that but like i said they are so similar to the exsisting teams in the same division so it comes naturally to believe that they are the natural continuation of the already existing team with that reference ID even if they changed their name or added something close to it, which is a very different thing from the merged teams that often bear the name of two teams and you notice

Quite possible. For example Palermo and Foggia did not change IDs for the 19/20 season. Both were refounded, and I think awarded new league licenses rather than acquiring them from other clubs.

Someone like Città di Acri might have a new ID for 20/21, as they are operating on league license from Marina di Schiavonea.

The Capri ID 6100718 is extinct in FM20. There are two Capri based clubs bearing the name Capri in 20/21 Promozione Campania - Racing Capri and Polisportiva Capri. Whether either of them will get the extinct ID is not known. Metallic pack currently associates the ID with Polisportiva Capri's logo.

@AndreaSSL1900 It wouldn't be surprizing if Viterbese, who have reassumed their old identity, would be in FM21 with the ID of the old currently extinct Viterbese (2232). Like Reggiana was brought back after the Reggio Audace period.

The thing is that it is not known if the IDs will be the same. If the club has changed name, the ID might change in the game. If the name has remained the same, the ID will probably remain the same.
DVX Logos
High Quality FM Logopack
ducc 09-08-20 - 21:49 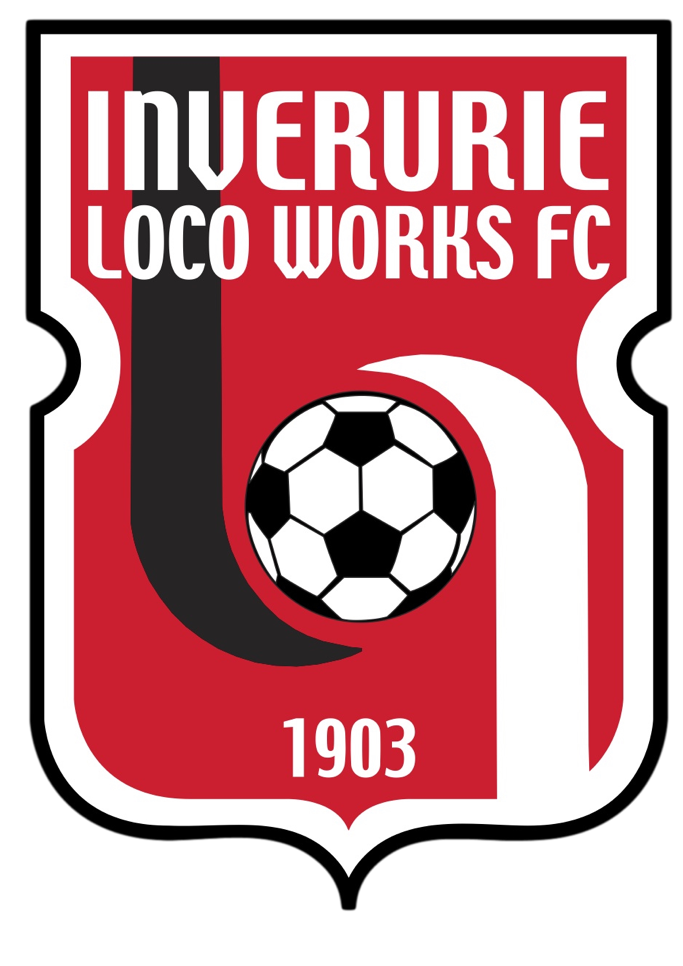 No i know only what Tuttocampo.it put on his website and i avoided to mention new merged teams

OK. Some of the clubs still appear to have gone through restructuring, and may appear in FM21 with different ID.
DVX Logos
High Quality FM Logopack
ducc 09-08-20 - 21:24

@AndreaSSL1900 Are you privy to information on the future DB? Some of the logos you have posted include clubs that have recently changed names or are extinct in FM20.
DVX Logos
High Quality FM Logopack
ducc 09-08-20 - 21:17 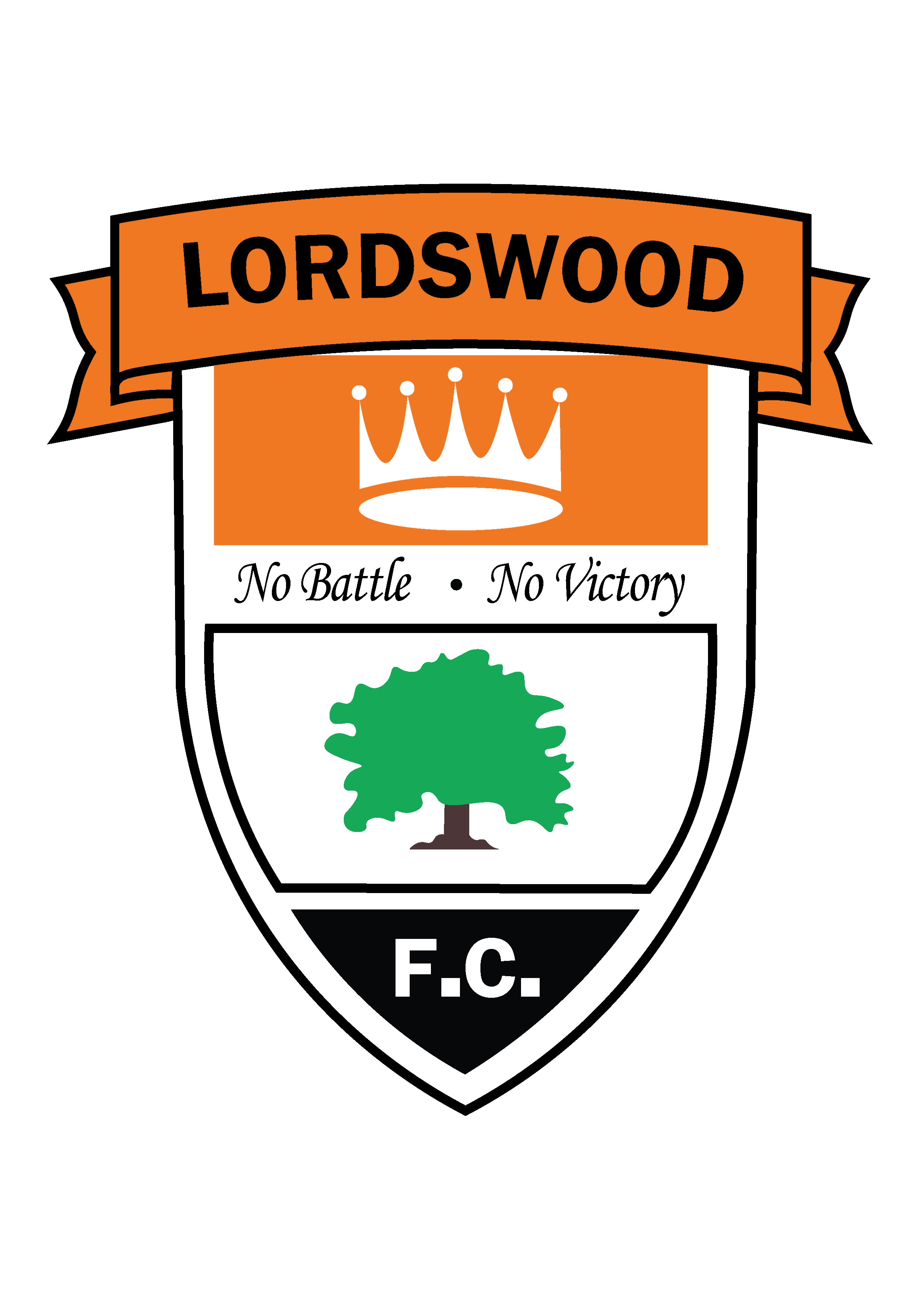 @Dygon It looks like an issue of whether one should use the FA logos or the national team shirt logos.
DVX Logos
High Quality FM Logopack
ducc 04-07-20 - 21:20 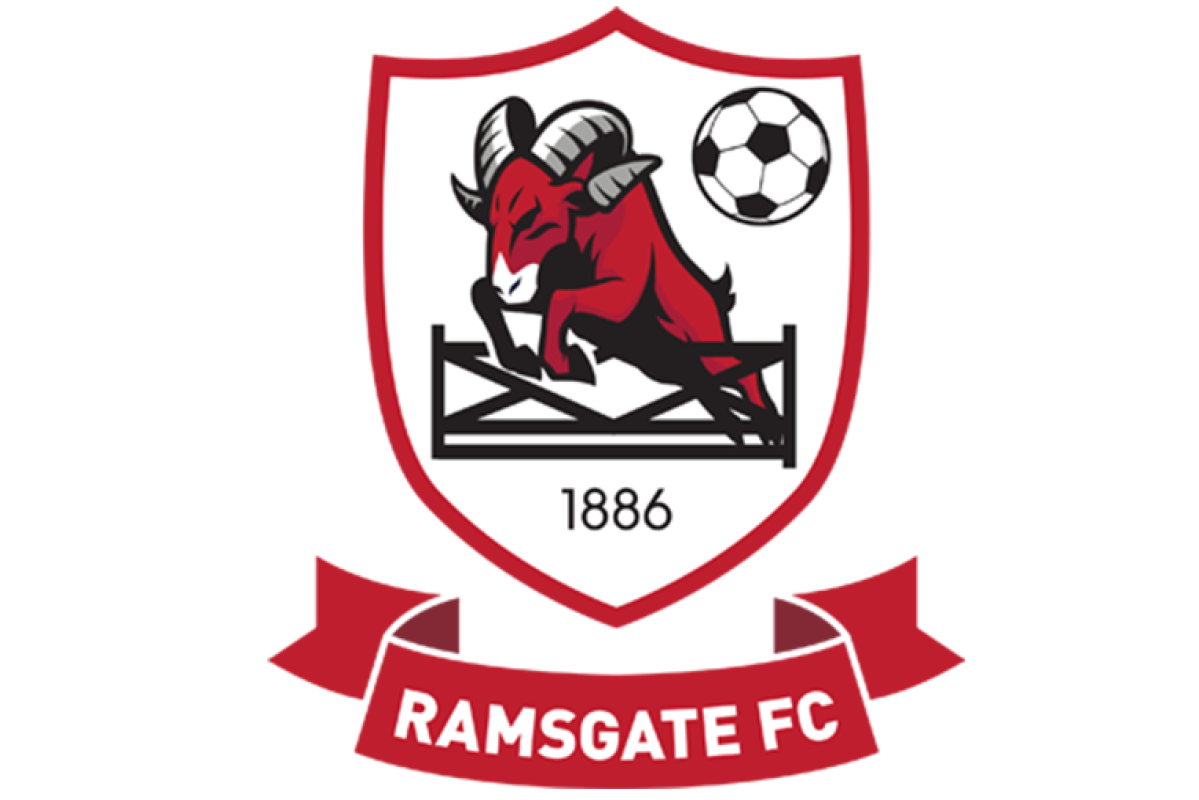 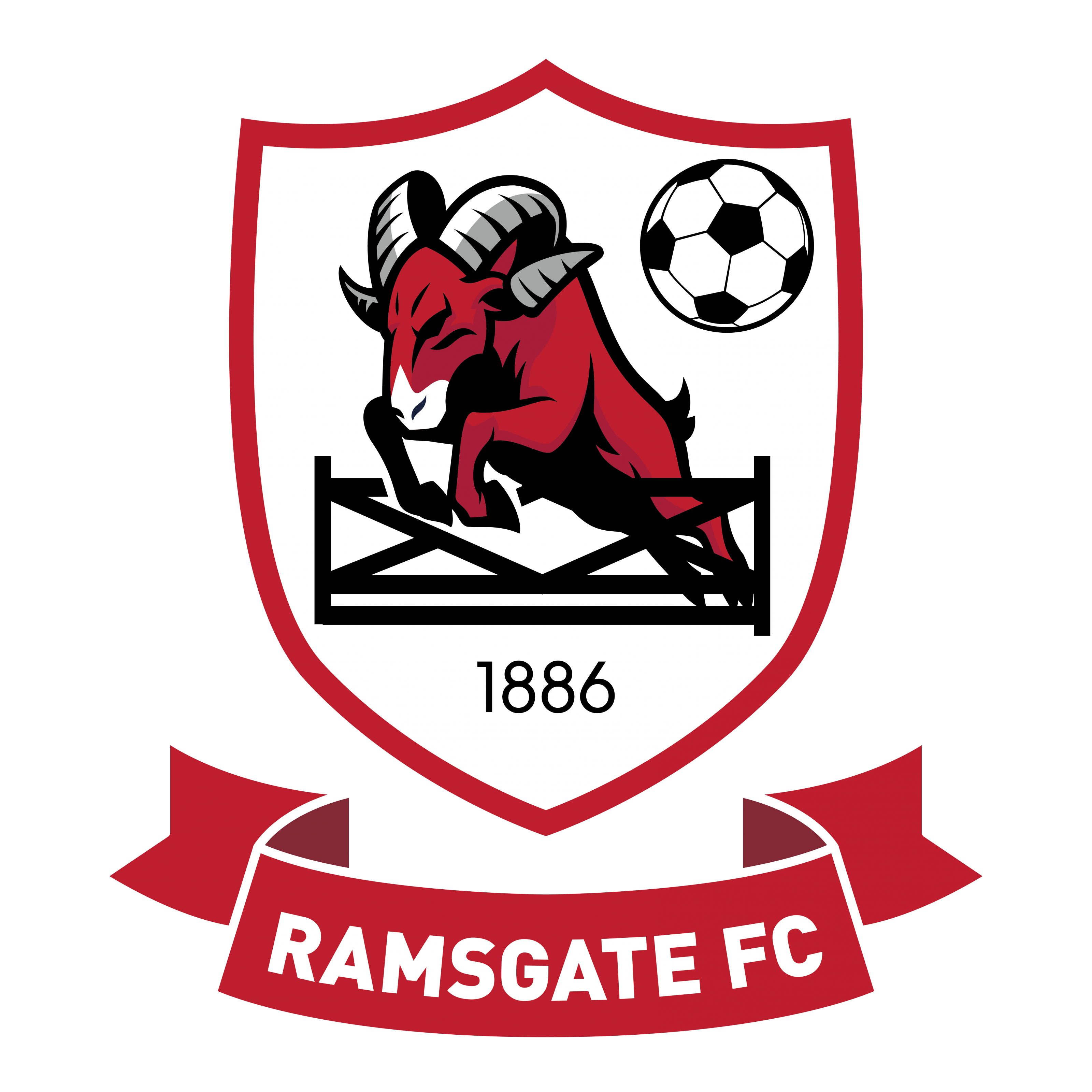 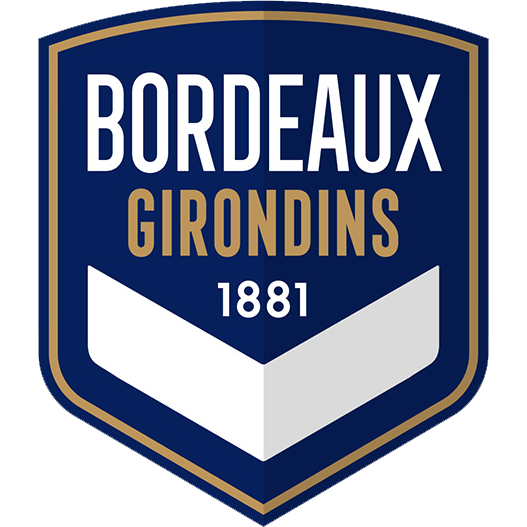 Where is Inter Miami and Nashville? Great pack otherwise!!

@dpendao Can you see the media logos on the media screens? The logo should be displayed in the title bar.

Funnily enough the the media logos are not displayed on, say, news items. It might be possible with a skin mod.
DVX Logos
High Quality FM Logopack
ducc 10-05-20 - 14:20

I used to have the TCM, but after your update I changed to DVX. Metallic I had way back. But both TCM and Metallic I have deleted prior installing DVX.

OK. Have you tried clearing cache? In preferences there is a "reset" button in the bottom left corner. Click it and select "Clear Cache" and then reload your skin.

@Lugui It is possible to use more than one logopack at the same time. Do you have the Metallic, TCM (the Holstein Kiel logo looks like its from that pack) and DVX packs in your graphics folder?

What flags are you talking about? The big ones that are in the "Nation Profile" on the national team screens? The pack's flags should be automatically displayed there. Give me more details if there is a problem.
DVX Logos
High Quality FM Logopack
ducc 23-03-20 - 18:34 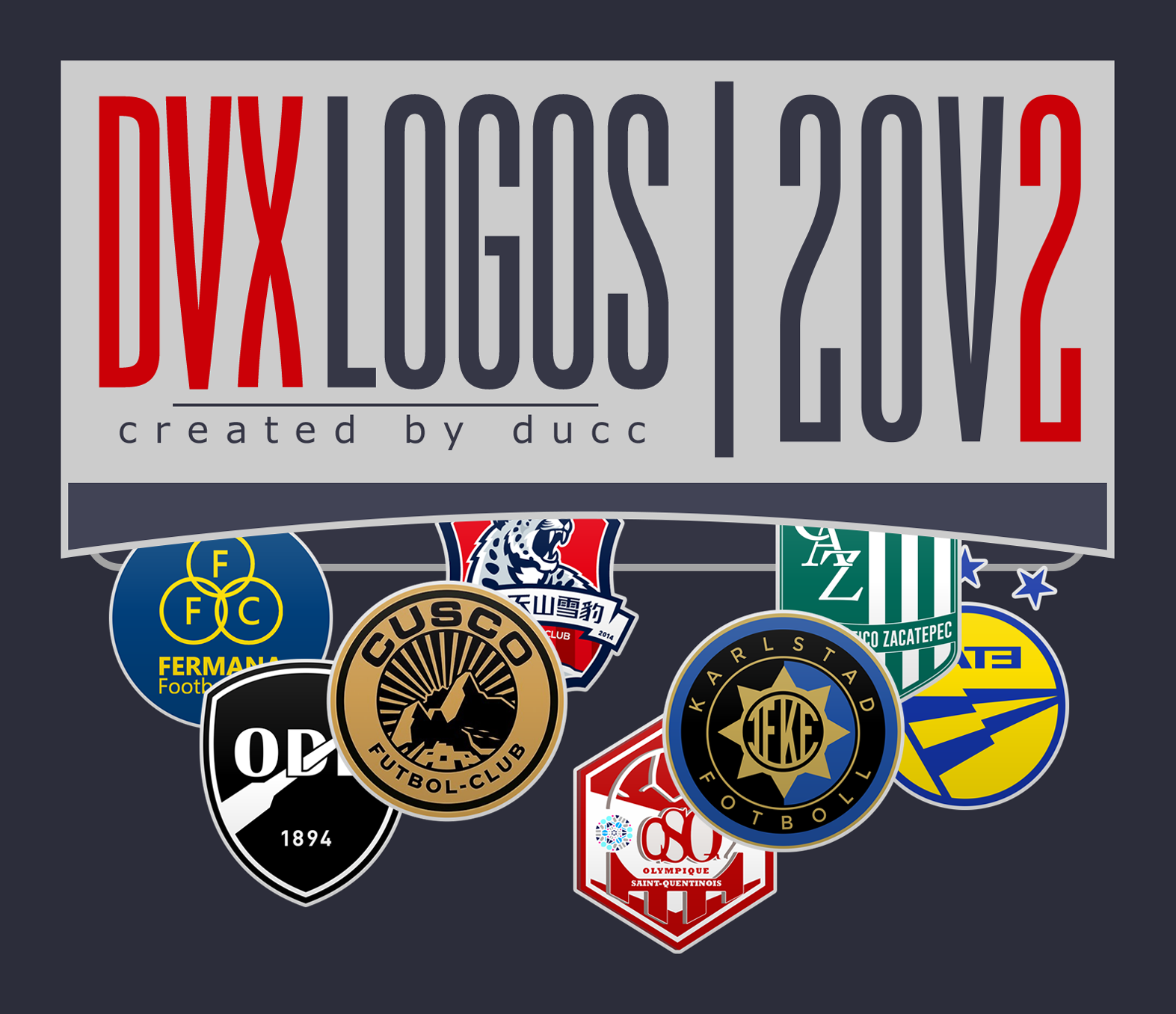 @ducc could you please add Met Police centenary logo they are using this season?
Thank you. 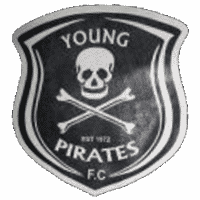 Looks very similar to the shield on the Orlando Pirates logo. Taking the shield and altering text may be enough to create the Young Pirates badge.

Thank you @Cizzu. I will be adding/replacing those logos. The official DB still has Scordia in it rather than Gela FC, so no true ID for that club at the moment. Maybe the club will be in the mid-season data update.
DVX Logos
High Quality FM Logopack
ducc 17-12-19 - 18:48

Thank you for the kind words @NunoKopio.

So far I have had time to put together a decent pack, though it might change. You can contribute if you want, but, to maintain high standards, I will only put good quality logos into the pack. Also I may not have the capacity to quickly process large numbers of logos.