Blackburn Rovers back to glory 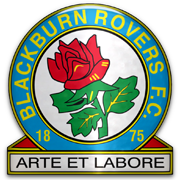 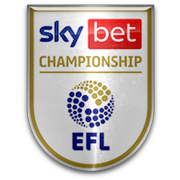 Blackburn Rovers back to glory

Our game days are Wednesday evening and Saturday evening.
My national language is German, so it can happen that I use the Google Translator for some sentences. Please excuse my bad English therefor.

We are actually 6 German speaking players.

Friendlys:
My First Friendly was against my B-Squad it ended with a 1-1 draw.
Here are the results of the remaining friendlies up to the EFL Cup:

My team started wide awake. The defender Derrick Williams scores in the 3' minute.
After a little carelessness in the 13' minute Port Vale's striker Theo Robinson equalized.
My striker Adam Armstrong put my Blackburn Rovers back in the lead in the 26' minute.
Tyrhys Dolan scored in the 81' minute but it was from an offside position so the goal didn't count. Nathan Smith from Port Vale was unlucky when he scored his own goal to make it 1-3 for my Blackburn Rovers in the 85' minute when he was on the pitch for just 4 minutes. That was the final result.

My other teammates who are represented at the Save and are in the EFL Cup played as follows:

FC Dartford doesn't play in the EFL Cup
The remaining results you can find in the EFL1.png file.
Attachments
Friendlys.png (36.37 KiB)
EFL1.png (135.17 KiB)