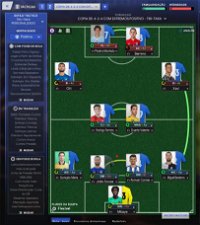 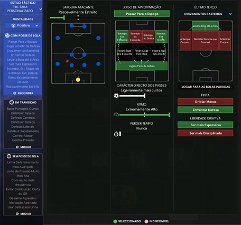 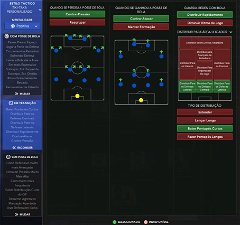 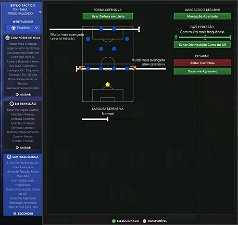 Hello everybody! Alright? I hereby present a tactic that has been with me and has been improved since FM19, in this tactic it presents parameters that are my favorites within an interesting way for our team to play with the formation 4-4-2 or 4-2- 4 with a huge offensive side! It has already been used in several clubs, where, if they are for example in the 1st division of their respective countries, I managed to win all the trophies with it and many times even international trophies such as the UEFA Champions League and UEFA Europa League, all in 1 season, 2 at most. . For clubs in divisions below the 1st, as in the case of 2nd division or even 3rd, it was a tactic that managed to put all the teams I used in 1st place. The main characteristics of this tactic is having fast and mentally good players, it is very offensive and the success rate in terms of finishing on goal, consequently the so-called goals are very high! If anyone is interested in trying it, feel free, like everything in life, there may be times when it won't work due to a more complicated game or even a problem with FM itself but it works, it was tested in several clubs like SL Benfica (I won everything including international titles like the Uefa Champions League in the first season if not the second as well), Wolves (In which in the first season I got a 3rd place in the Premier League), Sheffield United (In which being in the 2nd division I managed to climb to 1st of the league and I even won the FA Cup against Manchester City by about 4-2), Belenenses, which was the most recent case) among other clubs.

Your file has a virus.

You don't play with a low block. Good job.

Strange, you're the only person who said that, among all the others who used the tactic and had no problem with it.

Thank you friend! I'm a fanatical about attacking football and pressing but having a balance.

I can only tell you that my computer with McAfee protectionwon't allow it, say's its a dangerous file for some reason.

Sorry pal thats all i know.

as the screen shot above shows bottom left corner,

as the screen shot above shows bottom left corner,

Strange, you're the only one but thanks!

Your file has a virus.

I can only tell you that my computer with McAfee protectionwon't allow it, say's its a dangerous file for some reason.

Sorry pal thats all i know.

False positive, perfectly fine for me for anybody suspicious somehow.

I recommend not using McAfee, swap to Malwarebytes. It's free and industry standard.