16 minutes ago
Parker26 commented on: Facepacks Release thread - NO REQUESTS

34 minutes ago
Engin Barış Sezen added a download: Turkey Mixpack 5 Mixpack 36 minutes ago
A new version of our data update was released with 177945 changes from 641 contributors.

2 hours ago
Parker26 commented on: Facepacks Release thread - NO REQUESTS

3 hours ago
murrayg commented on: FMV Logos 3 hours ago
A new version of our data update was released with 177188 changes from 640 contributors.

3 hours ago
StefTo87 commented on: Facepacks Release thread - NO REQUESTS

4 hours ago
StaticShift commented on: FM20 - The Teplice Trophy Hunt - A Czech Adventure 4 hours ago
A new version of our data update was released with 177170 changes from 640 contributors.

5 hours ago
mons commented on: Arsenal Teampack 5 hours ago
A new version of our data update was released with 177094 changes from 640 contributors.

6 hours ago
KodjiaMaster commented on: KodjiaMaster and ShaneDuffy4BallonDor Kit Request Thread: Fantasy Kits or anyone else who is a better kit maker @weeniehutjr Thanks! And congrats on finding anything on that guy, because I couldn't find any other pic of him xD

especially the first one, it's still quite dark and it's far from the only one.

Is this one better? 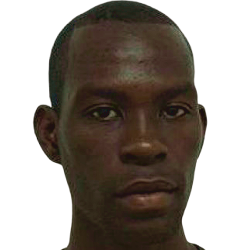 Good work @Sopel, especially considering some of the evidently poor sources, but do take the time to brighten the cuts a bit next time and to center them when needed

Also, in terms of brightness - I kept in mind the pigmentation of the players' skin, I tried to achieve the best balance between the visibility of face details and their real-life colors.
Sopel 17-10-19 - 18:34

Good work @Sopel, especially considering some of the evidently poor sources, but do take the time to brighten the cuts a bit next time and to center them when needed

They are already brightened and color corrected! The sources come from the official Barbados FA site but are... less than ideal. And I always try to center them with the focus on the face placement, you can tell me which ones you don't like and I may get them redone.
Sopel 17-10-19 - 16:27 Yeah, I know, I'm just assuming there are people like me who would rather have 21 yo players look up to their age, not being forever stuck at 15 yo

Also, we are talking here about seriously low league players so I guess not many people really care if their faces are 250 px high quality, rules should be obeyed to with a dose of sensible thinking, just because someone took a HQ picture at the age of 14 it doesn't mean it automatically beats a photo of the same person at the age of 21 at lower, yet acceptable quality. But I guess rules are the rules, you're the one who makes the call so this piece of mind is all I can do here

Angle is awful,light the same,and 180x cut to replace 250x HQ cut (even older) is simply not an improvement mate,and that's final.

They are too dark and too small,same as previous.

Source as this is not even close to be an improvement on the current.

@t.marinov it was a very good attempt! All you had to do was to just raise the collar in paint or other program of your choosing (f.e. I personally do the collar on the original photo, it's easier) Keep trying!

Oh, I completely understand - believe you me. For example, I wish I had a spare day or two to cut all the lovely pending requests we have, sad as that may appear!

When the site is redesigned, I'm giving some serious thought to not allowing teampack and mixpack requests as they're too time-consuming for cutters to take on and cutters end up, as in your case, putting them off until they end up forgetting all about them. It's much easier for cutters to find the time to cut a handful of pending individual requests at a time of their choosing, rather than taking on a bigger pack

From my part the priorities look something like this - normal, singular requests are more important because a) most of them are easy and b) you're minimizing the size/rate of another mixpacks. Singular is the moving traffic, packs are the clog that isn't moving anywhere so they can be finished anytime. The only problem with that is how long the packs sit there - if someone would like to cut out a request from 2016 it's most likely already is obsolete.
I'm excited about the redesign

I still think that a system in which while uploading a pack you'd have to simply choose ID of the faces inside or even better - link each photo to the ID. Then if someone makes another request with that ID it would be one of these options a) redirect to the already requested pack b) when the individual would be cut a photo from the pack would be automatically removed c) the new upload would be added to the pack as another version for that ID
It would be a self-controlling system, cutting down on the redundant requests. Or (came to me while writing) a system in which you upload a pack and link them to their ID, but every singular photo creates its own request - a pack is - in theory

- being completed by various cutters, but is eventually completed and the photos are always up to date. Also, since the requests are tied to the ID a possibility to filter based on nationality/league would be probably useful for cutters who are mostly cutting faces from their own league/country (understandably

And is this someday any close to arriving?

Kidding apart, I would imagine that at least some of the images have been cut elsewhere by now, so do check if they're still needed before cutting them

Well, you got me, I misjudged my time again and what's more, I completely forgot about it, I'm going to unassign myself now

Real life is piling up, I've learned my lesson to not go all gung-ho on the requests so now I don't take any and just upload them when I finish them, I hope this is the last time you have to remind me, sorry mons

@maquino I hope this will be good enough

If anything I think this photo is actually older than the current one (I think it's from the days he was playing in Piast Gliwice)
Here's modern photo from Palermo but I can't find a bigger resolutiion.

Like I said earlier, without knowing what files you have downloaded, there's no way I can tell exactly what is the cause. It could also possibly be caused by a remnant of the other real name fix you mention and which maybe you inadvertently omitted to delete. All I can say with 100% certainty is that it's not caused by this download.

I searched around and yep, you were right - the file that caused my problem was FMInside's Update, in case you'd have someone with a similar problem to mine, thank you for your help!
Sopel 06-01-19 - 22:32

It will probably be an editor data file, possibly adding some Dutch competitions and in which the file creator made some additional changes.

Hmm, so claassen's then? I don't have any other files that touch upon Dutch or Northern Ireland leagues. And the polish leagues are made by a polish creator so I don't see any reason as for why would he change that.
Well, anyways, maybe there is some pesky file left by some dutch creator, who knows, thanks for the help anyway

I'm afraid they don't have anything to do with this file. Neither the text "Noord-Ierland" nor "Groep" are included in the competition name change file.

It could possibly be related to any other editor data files you may have downloaded who has made the changes you refer to, but without seeing what you have, it's difficult to tell.

Hmm, and what types of files could cause this? Before my current save I had different fix that didn't cause such problems but I carefully removed it and installed yours following every step. Where should I look, in .lnc files?
Sopel 06-01-19 - 21:56

Hi after starting the game I came across some weird name changes that seem to be... in Dutch? Most notably "Northern Ireland" in my game is "Noord-Ierland". Also, 4th level competitions in Poland are named "III liga Groep #" - 'Groep' instead of 'Grupa".
Is this in any way connected to this file or should I look elsewhere?
Sopel 27-12-18 - 15:52

@mons Oh wow, this is actually great. Admittedly, it's not better than some fine work of some cutters out here, but it's still remarkable. It struggles a bit with dark hair (except dreadlocks as these are always simple, imo) and of course in dark/grainy pics but for the general use of some one-off, decent quality pics it may be truly a gamechanger - whilst taking literally seconds it keeps the details and notices the single hair strands. Thanks for sharing!