30 minutes ago
cebul commented on: Image finder thread - assistance in finding a source image 43 minutes ago
A new version of our data update was released with 49148 changes from 195 contributors.

53 minutes ago
Zeandr commented on: SS Fantasy Kits ONLY Thread (NO REAL KITS)

1 hour ago
Estradas commented on: [FM18] The Ultimate Jacob's Ladder 1 hour ago
A new version of our data update was released with 49059 changes from 195 contributors.

2 hours ago
haribostarmix commented on: Standard Fantasy/Request Logo only (NO PACKS) Thread

2 hours ago
rpw37 commented on: SS Fantasy Kits ONLY Thread (NO REAL KITS)

3 hours ago
Eric Portapotty commented on: [FM18] The Ultimate Jacob's Ladder 3 hours ago
A new version of our data update was released with 49052 changes from 194 contributors.

3 hours ago
Uncle Sam commented on: Getting 3D Kits to display as 2D kits - is it possible?

3 hours ago
Uncle Sam added a topic: Getting 3D Kits to display as 2D kits - is it possible?

3 hours ago
katalonczyk22 commented on: Facepacks Release thread - NO REQUESTS

4 hours ago
Briightmoree99 commented on: The Gretna Boys

4 hours ago
Footygamer added a video: FOOTBALL MANAGER 2020 - #FM20 JOURNEYMAN - LIVE NOW 4 hours ago
A new version of our data update was released with 49018 changes from 194 contributors.

4 hours ago
DazS8 commented on: FMT Stadium Superpack v FM20.1 4 hours ago
A new version of our data update was released with 49003 changes from 194 contributors.

5 hours ago
HRiddick commented on: Facepacks Release thread - NO REQUESTS

@Chewy14 the reason why the backround logos are showing in place of the small logos might be because, for what ever reason, you have the small logos config placed in the back left folder (from the screenshot it looks like its the left sides bg logos showing). Make sure you have the correct config files in the back left and back right folders.
DVX Logos
High Quality FM Logopack
ducc 07-08-17 - 22:10

Larger, & clearly shows the outermost black border around the white: 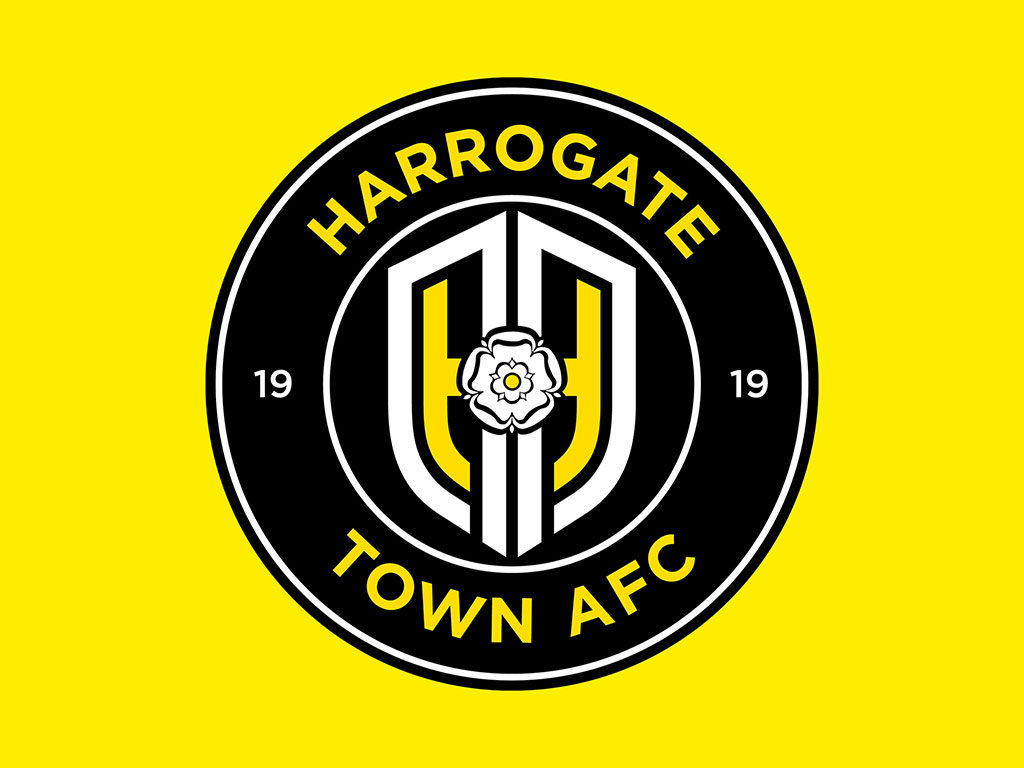 Harrogate Town's website has the logo as a vector.

The club website has it in nice quality, and the logo is also on different vector sites.

According to this source: https://commons.wikimedia.org/wiki/File:Logo_Campeonato_Uruguayo_Primera.png

You are right, some of the logos are displayed automatically. It's extra work, but you're on the safe side. Most of these logos i got from kremmen and i don't check them, if they're really necessary.

Ok, it should work to ensure a logo is displayed when viewing different squads. It will also make the pack quite a bit heftier!

If you get most of the logos from kremmen this may be the wrong place to say this, but logo 814758 might not be correct since it has the word "baloncesto" (basketball) on it.
DVX Logos
High Quality FM Logopack
ducc 14-06-17 - 18:03

May I ask why you are adding logos to reserve and youth squads? It would seem that at least quite a few of those squads automatically display the 1st team logo, and the additional logos are not different from the main ones.
DVX Logos
High Quality FM Logopack
ducc 08-06-17 - 13:11

I don't know if WhiteH considers it appropriate for others to post content they have created/edited in response to requests, but here is the Rochester Rhinos logo for you @BA81. Tell me if the border width is not what you were looking for. 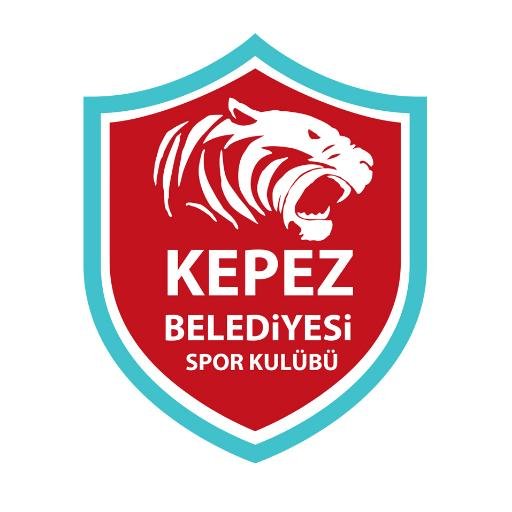 I'm not necessarily advocating for any action or inaction. I merely pointed out the relatively large number of images with IDs that do not have a counterpart in the current data, and asked if you had ever considered removing such images.

There's less churn in terms of logos when compared to players, as proportionally fewer clubs get disbanded than players retire each year.

There are far fewer clubs than people to begin with, but I'm not sure ”churn” is what logos have less of. From this thread it seems that people's IDs might be deactivated, and then reactivated at a later date – rather straightforward. A plausible scenario with logos is that a club goes bankrupt, and is set as extinct in the DB. Then essentially the same club will make a comeback with a slightly different name under a different ID. After a season or two the new club will IRL be considered the same as the old club, and the ID that was marked as extinct is resurrected. At this point the new ID is marked extinct or entirely removed (or deactivated?). It is my estimation that these new IDs that have disappeared are less likely to be brought back.

I'm a bit wary of having separate megapack versions, particularly in terms of technical support matters. Also, you'd be surprised how many people play older FM versions, and removing "archived" person's cuts would have a large impact.

Removing images would still require a new separate version of the pack, since deleting images from other people's computers is not be feasible.

At the end of the day, though, is it really worth going to all that trouble just to remove images which may need to be added again at a later date?

I tested the identification method on the Cut Out Megapack, and it indicated a rather large number of possibly superfluous files. Whether its worth to worry or do anything about is another thing, but I thought it would not hurt to mention it...

Once FM18 is out, I will certainly look to see if the DVX logopack contains logos that have IDs not present in the new DB. If for no other reason than to see what they are (but quite probably to also remove at least some of them).

Quite apart from the fact that loads of people already have the base megapack images, how would it be possible to remove images from somebody else's computer?

Naturally the pack would have to be re-released after removing images.
DVX Logos
High Quality FM Logopack
ducc 14-05-17 - 17:19

As HR for Romania I can tell you that every year I delete some players/staff from database: some of them died, retired from football, quit playing etc.

But most of them are set as not for extraction (they are still in database, but somehow inactive), and maybe next years I will mark them back as active and they will appear in the game with the same ID.

It works same for the whole database. So now there are players that are not in FM17, but could be back in FM18 or 19 with same ID.

I suppose while the IDs are inactive, they are stored in some sort of master DB and are not present in the game DB that is provided with each copy of FM? Naturally there is a Person Type Retired, but that is possibly a different thing.

I'm the Maltese researcher, so I know how it works in terms of the database, but I don't know of a way in which it would be possible to identify the UIDs in the megapack which are not in a particular game's database version.

A programmer could probably code a nice little application that compares IDs present in the DB to IDs present in the pack, but I have tried to come up with a way to do the same thing by other means (to spot "redundant" logos in the DVX logopack). Perhaps there is a simpler way, but here is what I have been thinking about:To do the above, one needs FM, FM Genie Scout, Bulk Rename Utility and Notepad++ (or another text editor with similar functions). Genie Scout is needed to export Unique IDs to text file, Bulk Rename Utility is needed to rename files en masse, and Notepad++ is needed to massage the Unique ID text file to a format Bulk Rename Utility can use. I can describe the whole procedure in more detail if it is required.

In any case the method does work, but of course there is a question whether Genie Scout actually exports all the IDs (after creating a save with maximum number of players included). Is there a way to export IDs directly from the DB?

I think the Cut Out pack contains more than 40000 images with IDs that are not (anymore) in FM DB. Naturally having them in provides backwards compatibility and coverage (also I don't know if SI are in habit of bringing back removed players/staff with old IDs), but its still about 2GB worth "redundant" files. Have you ever considered removing at least some of the oldest images with non-existing IDs?
DVX Logos
High Quality FM Logopack
ducc 06-05-17 - 15:49

Is that the button logopack by FM Slovakia? If yes, the best bet would be to contact them to for the template.
DVX Logos
High Quality FM Logopack
ducc 15-04-17 - 18:40

Also a shoutout for Tuttocampo

Tuttocampo has probably had someone redraw many of the logos before they have been added onto the site. Unfortunately quite a few of them are not super accurate reproductions of the of the originals. Especially fonts and clipart (footballs, coats of arms etc.) may differ from what the original artists have used.
DVX Logos
High Quality FM Logopack
ducc 15-04-17 - 18:18 Logopacks are generally compressed within rar, zip or other archive files. You have probably extracted such a file, and then placed the logopack folder that was contained within it to Sports Interactive\Football Manager 2017\graphics (or a subfolder under graphics)?

Have you tried reloading your skin with logopack as your only additional graphics pack?
DVX Logos
High Quality FM Logopack