54 minutes ago
Load FM! commented on: FM20 - Climbing With Cliftonville

59 minutes ago
Load FM! commented on: FM20 - A Wandering Dork

1 hour ago
mogutcu commented on: [FM20] Found an error in our database[Players+Staff Changes Only]

1 hour ago
bolid74 commented on: 3D Official Kits Thread 1 hour ago
A new version of our data update was released with 174469 changes from 633 contributors.

3 hours ago
bolid74 commented on: 3D Official Kits Thread 4 hours ago
A new version of our data update was released with 174462 changes from 631 contributors. 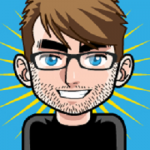 Saw that one of my players were on international duty with spain in January, which I haven't seen before. Had a look and it seems that Spain is in Asian Cup, which is really odd... Anyone else hade this problem before?

Yes, I have Germany in the Asian Cup. I have no idea why. Not using a custom database..

Did you manage to fix this?

When moving clubs to England from another country, is there a way to prevent them from having to play domestic cups in their home country? They end up playing around 4 domestic cups. This may have been covered but I couldn't find a thread.
Awrite mit
Tom_Tunes 22-11-14 - 23:35

I used the advanced rules to do this and as far as I can see, there's nothing wrong. As you can see from the attached pic, it seems to be recognised as being active, so why is the money not being distributed?

Morrissey: I created my own database pretty similar to yours but for some reason prize money will not activate. I have it all set up in advanced rules and it appears to be in "rules" in game but no team receives any prize money at the end of a season. Did u have this issue?
Awrite mit