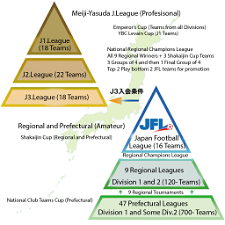 Hello and welcome back to the most viewed database from FM21(on SI).

I will be working again with Karin again this year who will provide the databases for players, staff, referees etc.

The Players File has now been uploaded with over 8000 Real Players/Staff/Referees Media Sources (Media still in Japanese) and league histories!

despite it being a simpler file for faster processing it still includes all real competitions including all 47 Emperor's Cup Qualification tournaments.

The Advanced file has now got a beta file adjusted for the 2022 Season. (I have made primary promotions and relegations based on current data and will be updated)

1. Promotion to the JFL in the advanced file now follow real life rules where even if you win the regional champions league, you must also play a promotion/relegation battle with the JFL teams to get promoted.

2. U18 Leagues Premier, Prince and Prefecture Have been added with the real Club Youth Tournament (high school tournaments bugged in the editor at the moment). Also included are the J.Youth and J.Elite (U21) Divisions. Now japan has a complete Youth System in Place.

3. A basic version of club licenses have been added (I.e clubs that don't hold a J3 license cant be promoted to J3 at the very start but can in the future. certain JFL teams from 2024/2026 and some regional teams from 2028 etc.) This also holds true For J3 and J2 clubs who done hold J1 Licences etc.

4. Instead of 55+ Qualifying cup competitions the Emperor's Cup, Shakaijin Cup and Club Team Tournament now do all of the qualifying rounds and main competition in one tournament. whilst this means that it won't be 100% accurate, i have managed to make it accurate enough (on average 43-47 prefectures are represented by the first round) that It is much more better way of doing it.

5. Now instead of 200+ competitions like in FM21 I have managed to include every tournament in FM21 and a few extra in FM22 in JUST 23 (YES 23) competitions. THIS MEANS the game even running on level 8 runs that much faster without slowing down like in FM21.

6. (File is bug free cept for the fact that High School competitions don't work properly yet, and that due to the editor, some teams are playing in their 2021 divisions despite being adjusted for 2022) ive accoutered no crashed or anything else whatsoever so far after over 200 hours of editing and playtesting

4. J.League MEDIA (Newpapers, Broadcasters etc you name it are here)

6. J.League Referees (All of the Referees who hold a Level 1 License including myself)

8. J.League New Stadiums (These Contain stadiums that have been or are likely to be approved and are being built)

9. Club Overview Panel (So you can see club histories and information) by @wannachupbrew here at https://www.fmscout.com/a-wannachup-japan-club-fix.html

10. when its available a facepack by the awesome folks in this forum I will link you all later.

11. I have made a adboard pack (static and digital) it has been merged with the one on sortitout so find it yourself if you want to use it.

12. Game is encouraged to be played with the Realism Files made by @Daveincid as they adjust just about everything to make the game even more realistic and accurate than it already is. And that means a even more Epic experience in Japan. (will update a link to his thread once it becomes avaliable)

Lastly and the most important one

13. leave feedback on any bugs or suggestions on what to do next.

@Footygamer Feel Free to add this to your list 🙂

thanks for sharing I have added it

Hello, could you explain how to install these files please ?

Hello I would like to know that this database is not compatible with a database created by a user of the FM scout site or he adds Wonderkids and as soon as the 2 databases are in the editor, one of the two is not recognized

@William Paulet due to a bug, only 1 file that changes players will load, you can try merging the 2 databases and try again

@destino32 the Levain Cup is in the game

Merge? Even if I just put the players from Japanese the players created from the other data are erased

I added the files to the editor data folder but when I start a new career they don't appear in the database menu. I may have a bug

Hello. thank you for your reply. I downloaded it again and started FM22, but I still can't see the Levin Cup.

Brilliant btw 🙂 just wondering; if your going to do a general panel so the national kits can be shown?

and doexx so the levin cup now work?

lastly there is a stadium named wrong, which file do I open in the editor and change it as tried using this with one I edited of my own and it doesn’t change

have the bugs been corrected

I am sorry about I am only the japan nation can't work any J league have working. what I miss ?

Anyone know any name packs for the leagues?

all the teams have very few players and they are all fake generated players none above the age of 25 did I do something wrong here?

Hi just reposting as didn’t get a response. One of the stadium names is wrong, Level5 stadium is now called best denk. any chance of changing it? I’ve tried with no luck

Hey, do you have any idea how to prevent the duplicate players from appearing?

for example there are two versions of Ao Tanaka, A Ineista, Gen Shoji etc…

I'm guessing these are because they are in the game already.

So if you have any idea on how to stop these that would be great. The only way I can think of at the moment is to buy the in-game editor and terminate contracts and changing CA and PA so low that they retire. But this can be a headache, as there are so many of them.

if possible will this be updated celtic have signed 3 japan players , and whatever other players join clubs , i expect football manager will create the 3 players celtic have signed , so it will be a case of removing them from database on japan league so it doesn't cause a duplicate of one playing for celtic and one playing for Japanese team still , appreciate all the hard work you guys do to make the game more realistic thanks .

can i add the j league histories in a save game?

Will be waiting thankful, patiently and respectfully

This looks great - will there be an update compatible with the winter update?

Is it possible to select only the top 2-3 leagues a playable? The top selection still gives me 6 tiers, which is a bit excessive for me as I'm not playing in Japan, I just want it there for realism.

I'm loading every available nation, which is already putting a lot of strain on my computer. It's especially messy because such a large majority of the Japanese clubs have managerial vacancies, even though I checked “add staff.”

Also, Gotoku Sakai is missing his German and American nationalities. Easy enough to add with the editor on my end, just letting you know.

Hi guys, any news about the update?

No more posts please asking about an update one was enough