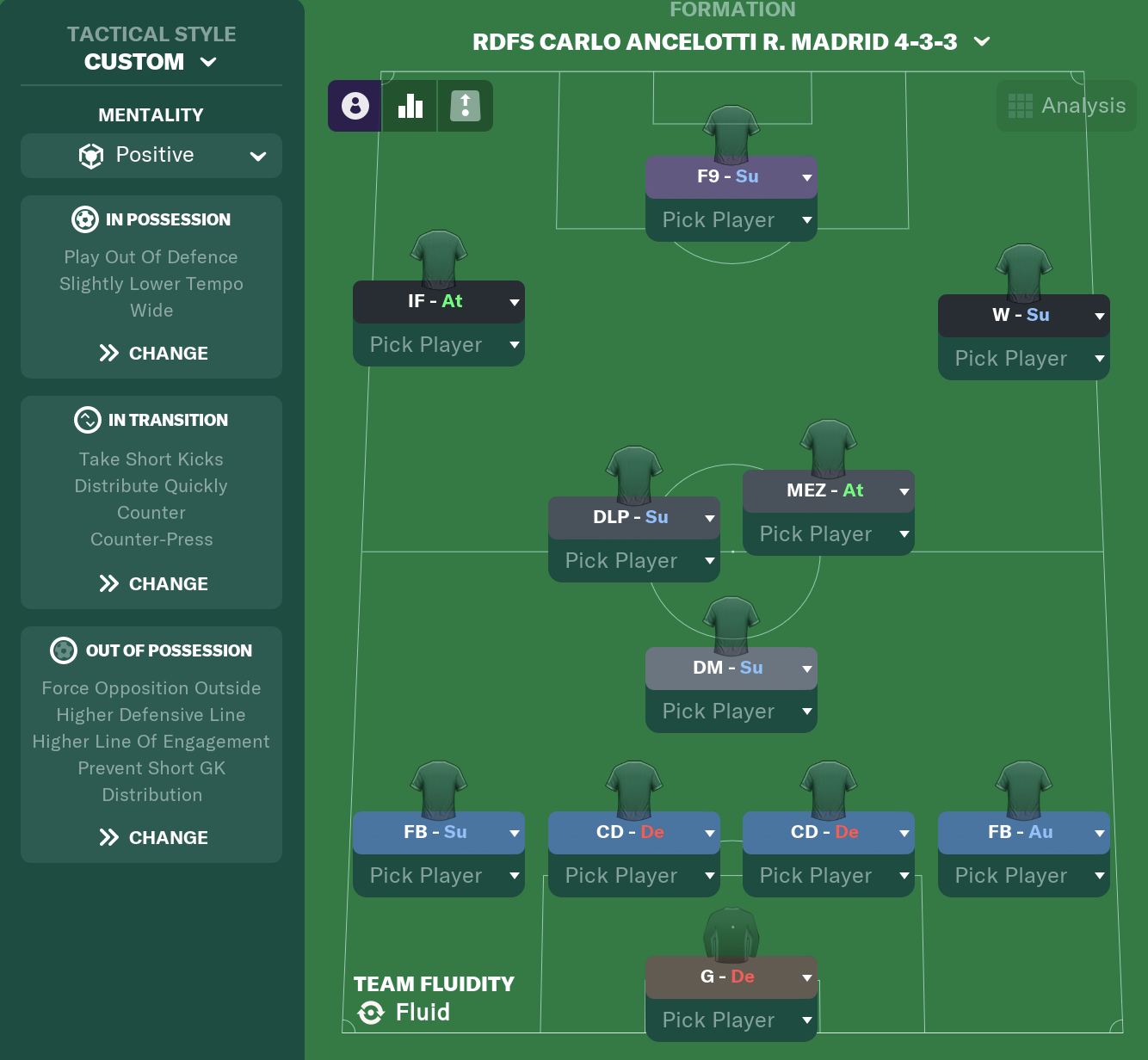 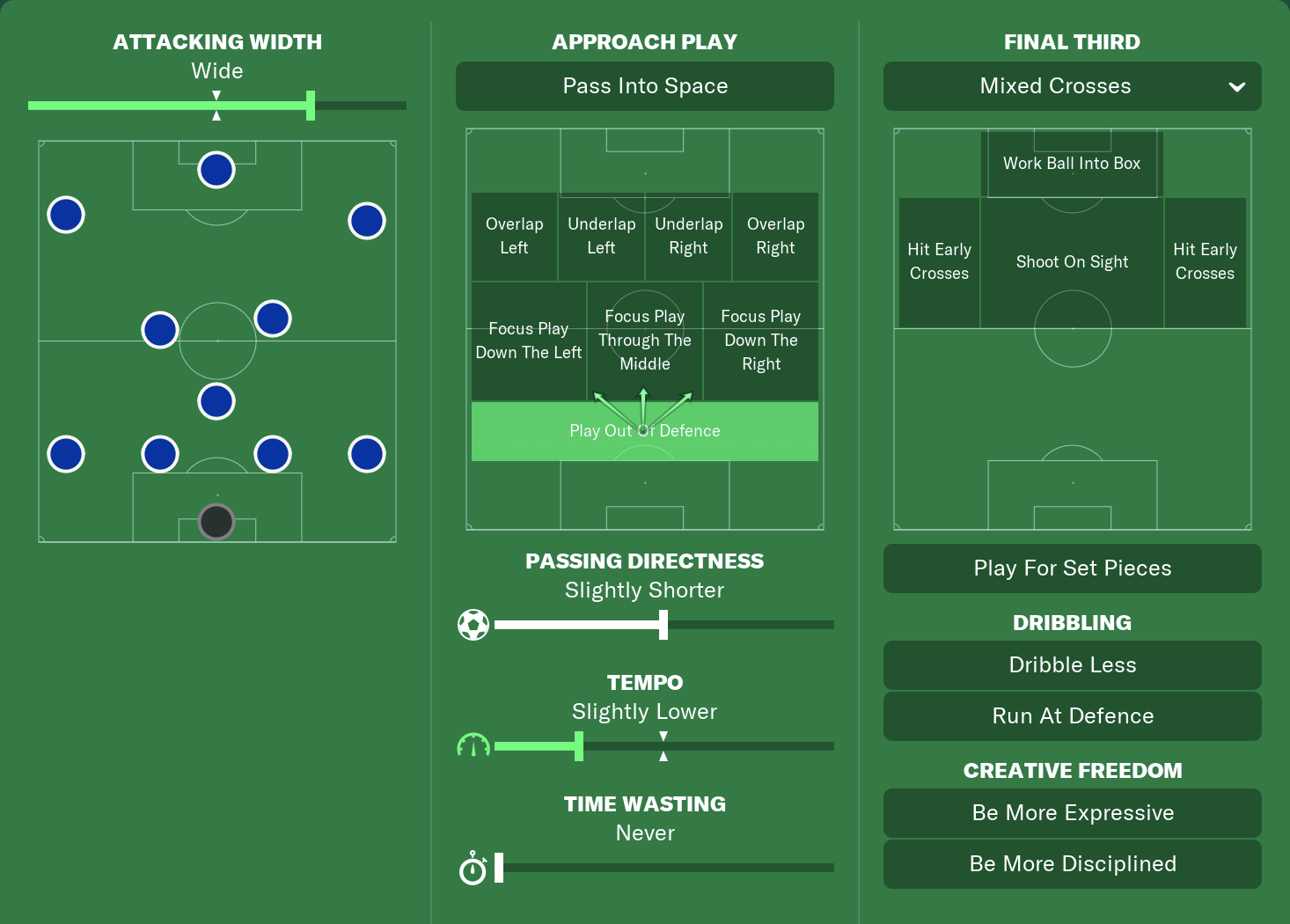 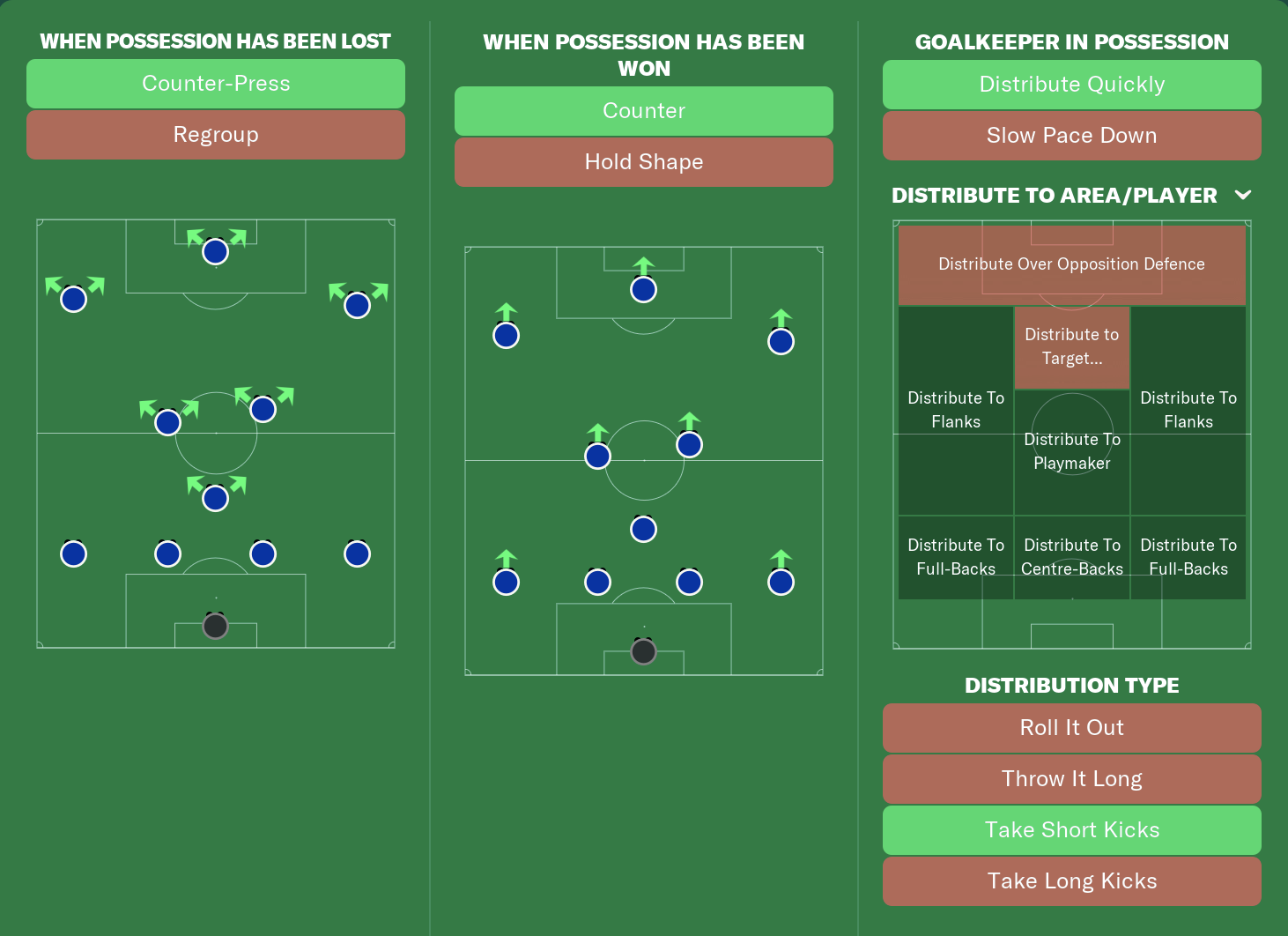 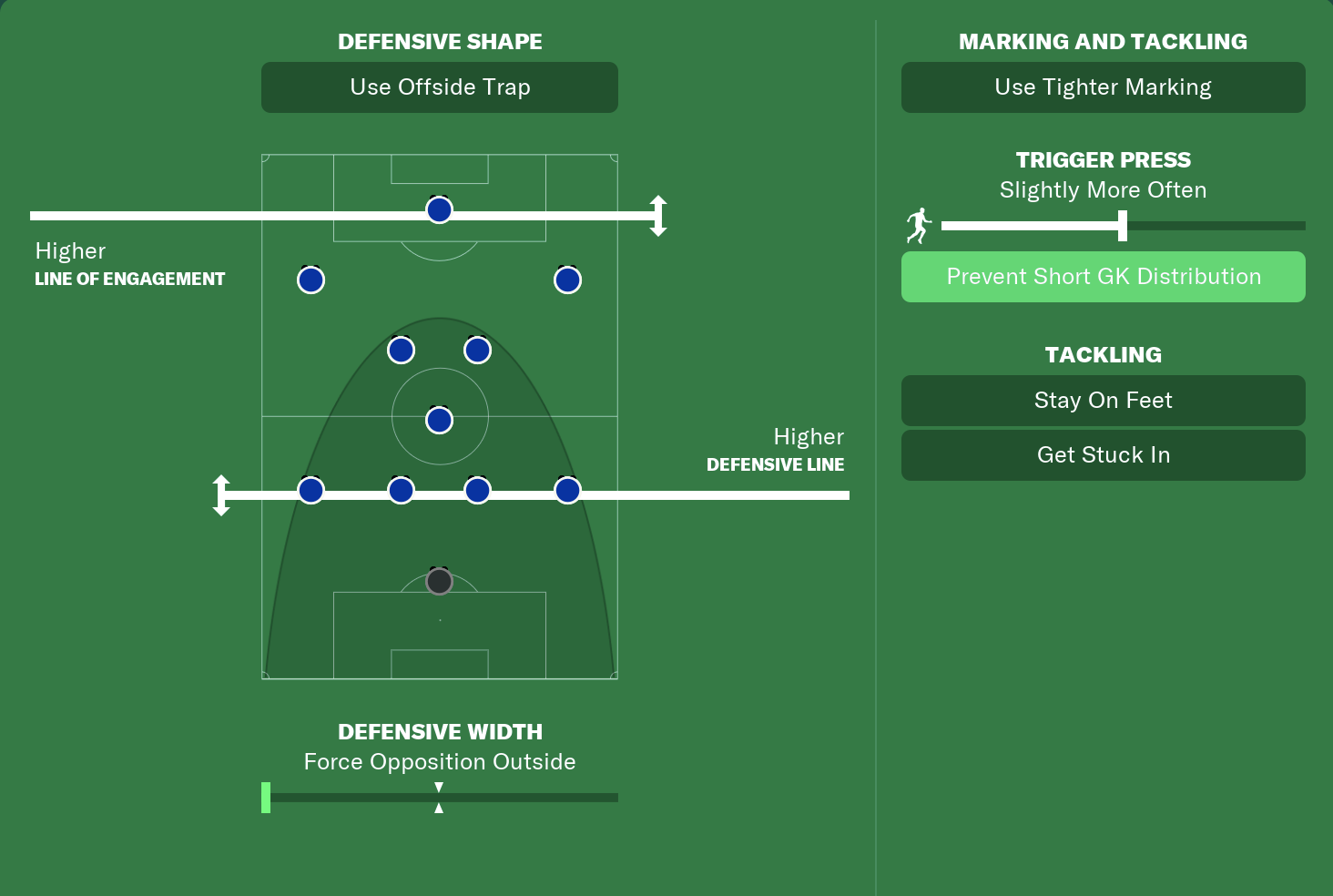 His referred system at R. Madrid is the 4-3-3 formation

Ancelotti has a very fluid approach, but when the favourite he understands that he must take the initiative in matches. He doesn’t believe any single footballing philosophy is the “right way” to play.

Intelligently seeking opportunities for the high press. Looks for pressing triggers, such as a negative pass, poor body orientation of the first attacker or a deep opponent facing goal with only risky options at his disposal.

A combination of high and wide overloads with clever runs into the box, especially from the wide forwards and more advanced midfielders.

In transitional attacks, Ancelotti’s Real Madrid side look for counterattacking through the wingers.

2nd most 1vs1 dribbles attempted (30.69 per 90) largely thanks to Vinicius Junior attempting just over 10 dribbles per 90

The least ball loses in LaLiga with just 75.94 ball loses (good in possession)

Highest passing rate in league with 16.7 Passes per minute of possession 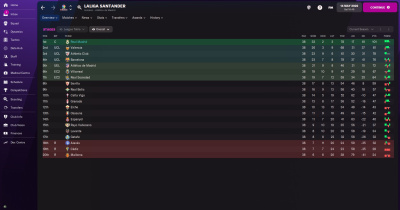 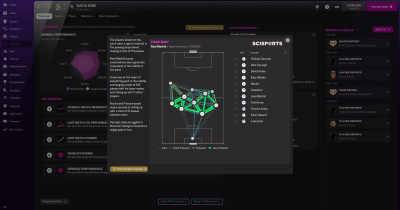 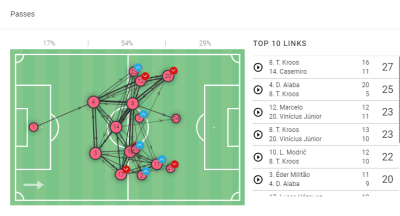 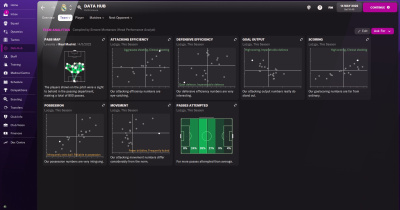