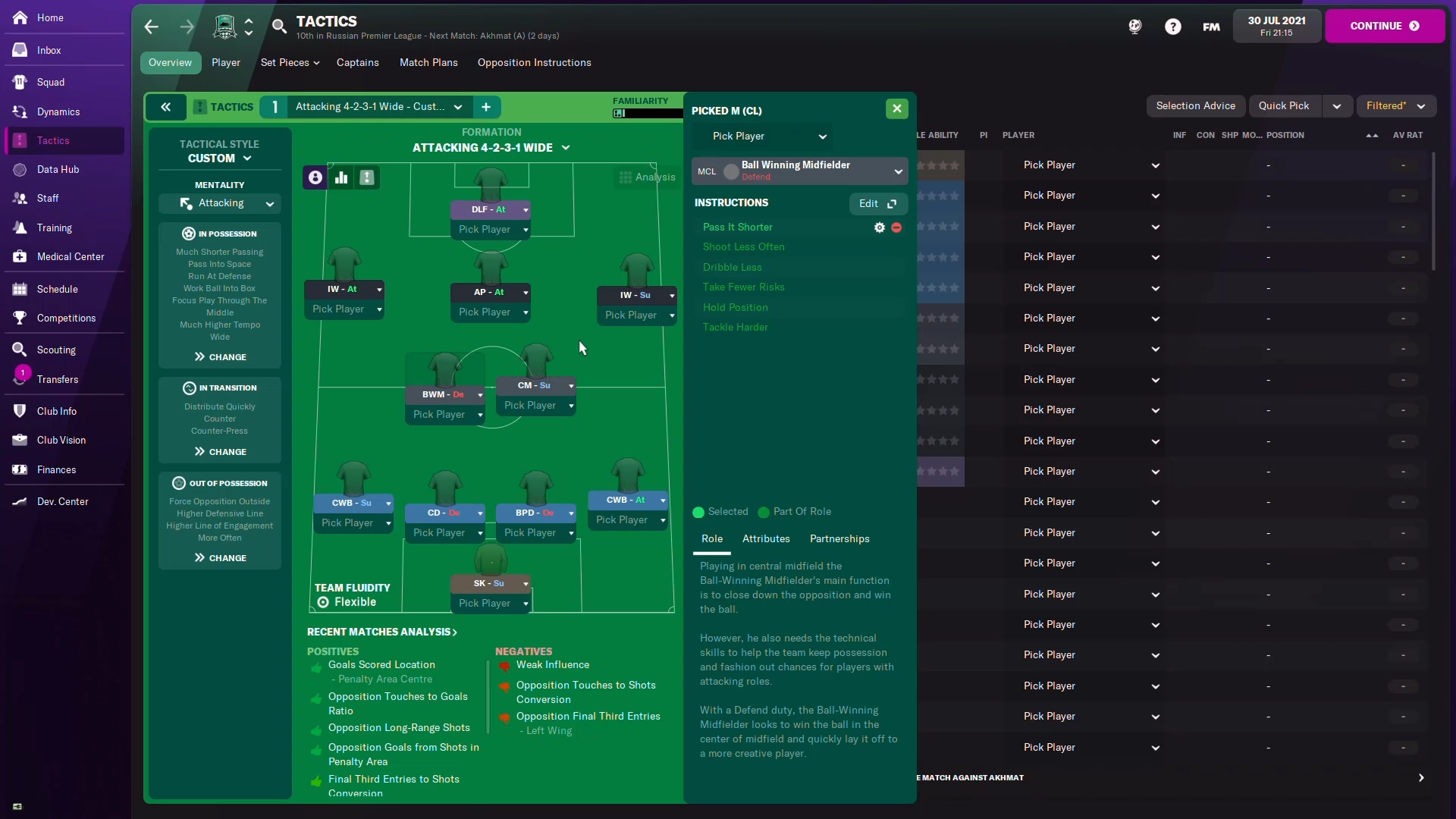 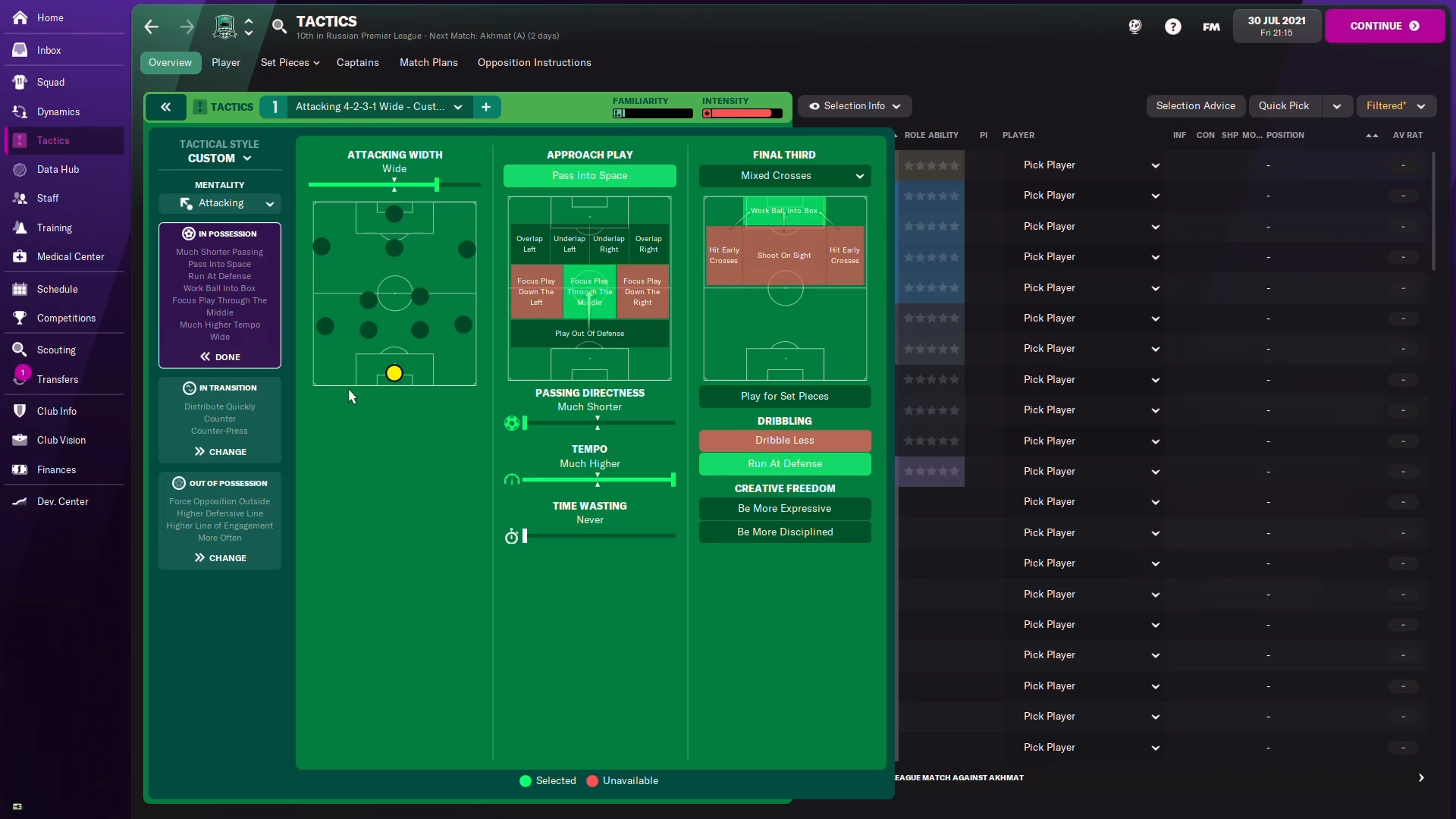 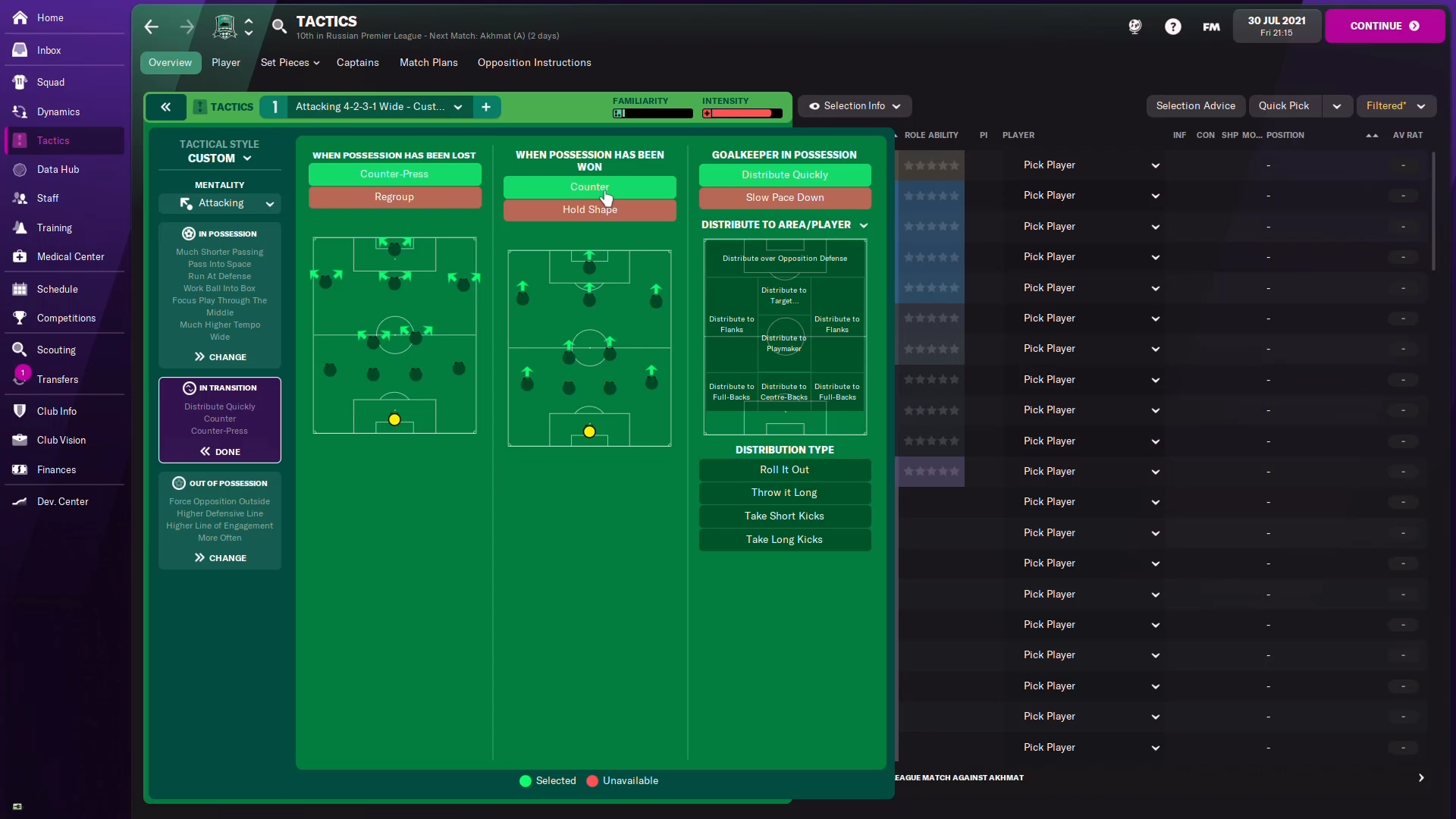 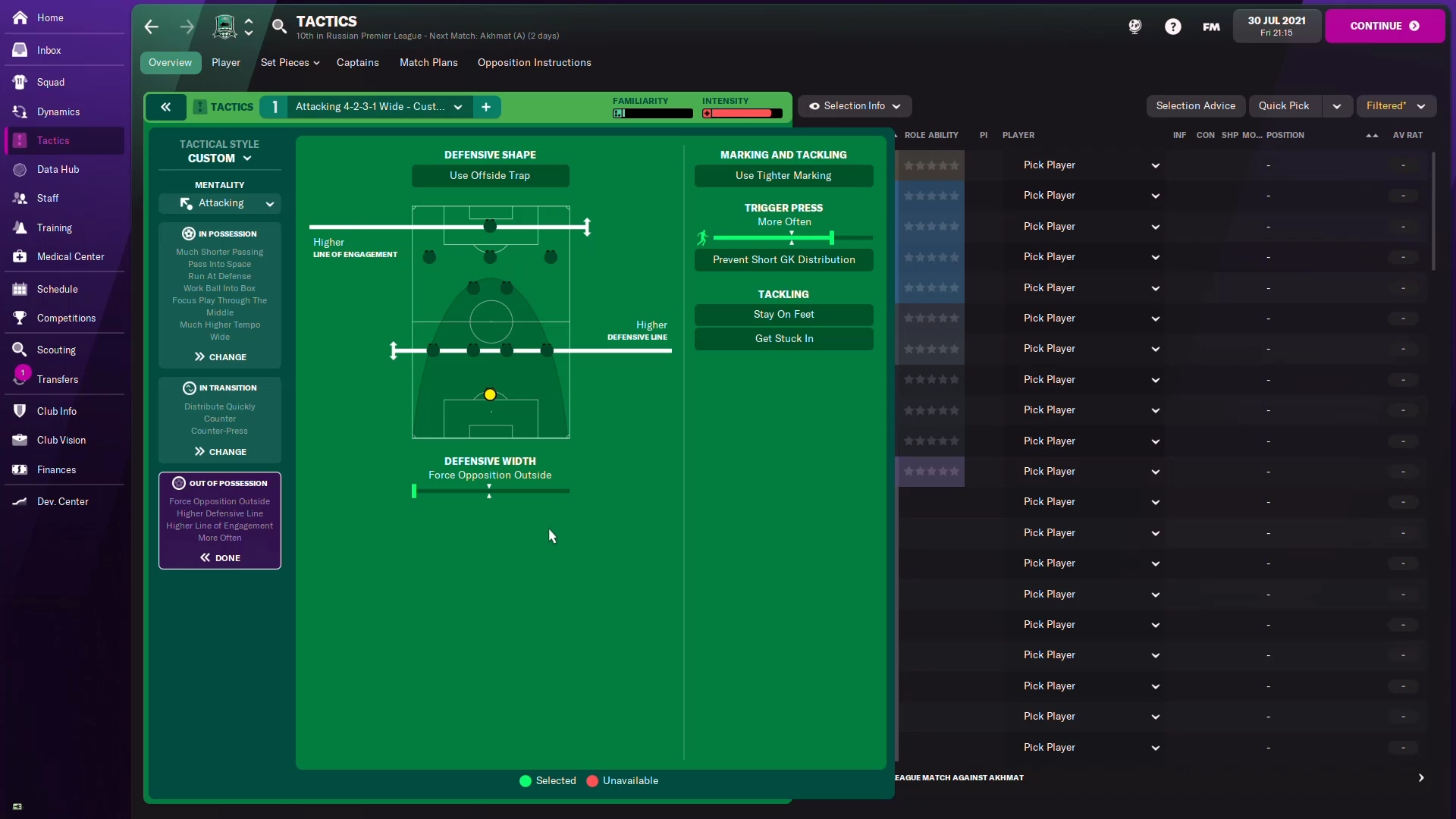 This Attacking 4-2-3-1 was used by Daniel Farke while at Norwich City. Won the Russian League and got to the final of the Russian Cup in my first season.

Daniel Farke has currently been employed as Krasnodar Manager. Here is a recreation of his philosophy tested with his new team. The Tactic deploys a flat back four, two central midfielders, two inverted wingers, an attacking midfielder, and a striker. The team retains possession but moves the ball quickly from defence to attack in quick transition. The attack is focused through the middle,  a crucial relationship between the forward and the attacking midfielder creates attention for opposition defenders, allowing wide players to find space behind the defensive line or on the overlaps. The goalkeeper supports the attack when the opportunity presents itself.

The central attacking midfielder is the pressing king. This player is also the creative source in the side, responsible to creating chances, and scoring goals. As an advanced playmaker on attack duty, the AMC roams from positions rather than sit in the number 10 role to create chances. This creates space for both inside forwards to cut inside and play passes or take shots at goal. The forward here is a deep-lying forward playing on attack duty. This player will link up with the AMC and IWs and drift in space, finding pockets to be more effective. He will still get on the end of crosses and find himself in 1v1 situations. 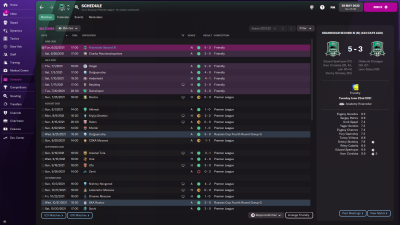