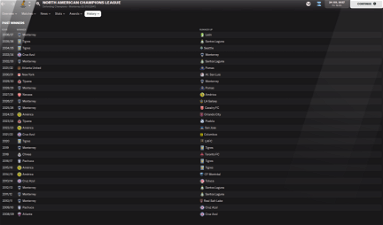 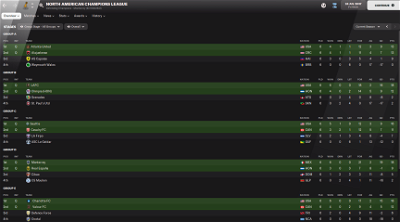 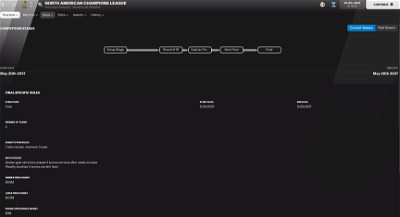 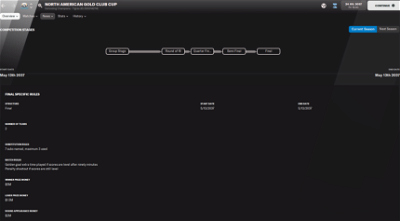 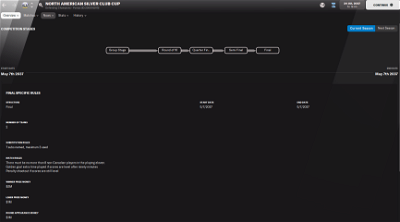 This is a version of my CONCACAF Champions League (utilized in the Expanded CONCACAF Databases) that works with the default MLS, Liga MX, and CPL set-ups in game. It expands the North American Champions League to 32 teams (with a 6 game group stage and a 16 team knockout tournament) and adds two lower cups (Gold and Silver) with a similar format. The competition runs from October to May, with group stage in October and November and knockouts in February through May. There is also a good amount of prize money, so it leads to a bit of bifurcation within the leagues. I ran it forward 15 years and it appears to be stable - please let me know if you run into any issues.