21 minutes ago
mons commented on: FM2019 - How to apply a picture to a newly created player?

22 minutes ago
weeniehutjr commented on: FM2019 - How to apply a picture to a newly created player?

23 minutes ago
mons commented on: Megapack Technical Support thread - all other threads will be locked

28 minutes ago
filipe2583 commented on: Megapack Technical Support thread - all other threads will be locked

41 minutes ago
Joseph Cornforth commented on: FM2019 - How to apply a picture to a newly created player?

1 hour ago
bolid74 commented on: SS Fantasy Kits ONLY Thread (NO REAL KITS)

1 hour ago
Arnorijsel commented on: SS Fantasy Kits ONLY Thread (NO REAL KITS)

2 hours ago
Eltarian commented on: Facepacks Release thread - NO REQUESTS

2 hours ago
Eltarian commented on: Facepacks Release thread - NO REQUESTS 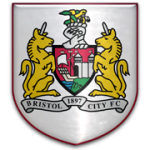 Players wont wear their assigned number until competitive games. Not particularly realistic for big clubs, but fairly normal for small ones.

When you create yourself there is an option to upload from that screen. If you're mid game however you will need to put your face in as if you were a player. There probably guides on that around this forum somewhere I guess?

Cheers guys. really enjoyed the first half of the season. Inspired by everyone else's SAF challenge stories!

Anyway its just turned January 1st 2012 and here is a round up of the first half of the season at Hamilton.

I expected a difficult year but its been much the opposite. Remaining unbeaten until October only falling to SPL side St MIrren in the cup. That result was a catalyst to a poor run of six games without a win which has ultimately cost me top spot in the league as I now trail Falkirk who are by far the strongest side in the league. During this half of the season I've become good at scoring last minute goals to win games, and the team is developing a never say die attitude. Our performance in the Challenge Cup was fantastic and we only lost the final thanks to a dismal first 45 minutes which saw us go into the dressing room 2-0 at the break. Overall a final in the first few months of being a club was good. But the board sadly didnt see it as a priority and will judge me in other competitions. The bad run stopped only when I decided to make some changes to my side. Experience Goalkeeper Nicky Weaver was touted by his agent so I decided to snap him up at £800p/w in December on a 1 and a half year contract. Since he's worn the number 1 jersey we've not lost.

The biggest signing however and the most important came when none other than Papa Bouba Diop decided he would also join up with my squad for £800p/w aswell. This December signing should sell a few shirts come Christmas, however his debut couldn't have been worse as he saw red for a bad tackle on 31 minutes.

As predicted by Rick, Stevie May is a beast. My bad run of form came about when he was out injured for a month. This exposed the weakness of the squad and another attacking player would be a sensible signing to ensure we can kick on.

Other than things are going well. Winning the league could be a bit of a push since Falkirk are doing so well but hopefully a move to the relegated SPL side will result in an easy promotion push next year.

Thought this challenge looked good, so decided to document it for my own amusement more than anything. Thought I may as well share in tribute to Ricks great challenge idea.: http://sortitoutsi.net/forums/topic/5733/the-sir-alex-ferguson-challenge

My plan is to follow the SAF route starting in 1st division maybe getting a move to another club within the league if their chances of promotion are good. Move to a side capable of winning the Europa League, I might cheat here and use an old firm team if the chance comes up. Then a move to England to finish. I've decided to start my career at Hamilton. They provide a decent challenge but should win their fair few share of games too.

I struggled to bring in any big name signings and a difficult summer window ended like this although Tyrone Loran is a good signing having previously enjoyed a solid career in the Dutch leagues and was once signed by Man City in 2002 but failed to make a league appearance; This side should do well, defensively I am strong and my teams skipper Alex Neil leads are strong 3 man midfield. My wide players our my weak link and I hope to attract a better calibre of wingers in January. I have decent attacking options on the bench and McShane, May and Ryan should score goals when needed. I plan to update every 6 months, I wont go in much detail but a career thread will help keep my interested in playing this save.

ME gets shredded to pieces every year. It seems OK to me.

"Never in the field of human conflict was so much owed by so many to so few."