2 hours ago
Bart0 commented on: SS Fantasy Kits ONLY Thread (NO REAL KITS) 2 hours ago
A new version of our data update was released with 73796 changes from 263 contributors.

3 hours ago
CountVladimir commented on: Facepacks Release thread - NO REQUESTS

3 hours ago
ExtremeGravity commented on: SS Fantasy Kits ONLY Thread (NO REAL KITS)

3 hours ago
mparry857 commented on: SS Official Kits Thread 3 hours ago
A new version of our data update was released with 73739 changes from 263 contributors.

4 hours ago
v7ville commented on: SS Template Thread 4 hours ago
A new version of our data update was released with 73639 changes from 263 contributors.

5 hours ago
pompey1 commented on: SS Fantasy Kits ONLY Thread (NO REAL KITS) 5 hours ago
A new version of our data update was released with 73555 changes from 263 contributors.

6 hours ago
Hajdučki sin commented on: 3D Official Kits Thread 6 hours ago
A new version of our data update was released with 73542 changes from 262 contributors.

Sanchez isn't world class, he's a quality player but not world class. And after Ozil's form last season, I'd hardly think people consider him 'world class'. He's fantastic on his day but he's too inconsistent, and also lazy. Teams shouldn't carry players just for them to perform a bit of magic every now and again.

But anyways, I really hope we sign a couple of defenders soon. Ideally I'd like to see us sign a whole new back-line, but for now 2 CB's will now. Would love to offload Johnson as well but that probably won't happen.

Hope Suarez leaving wont have the same effect as Bale's departure had on Spurs. We need to spend the money wisely. Luckily we have no director of football tying to sign players, so everyone that will come in will be BR's signing. Exciting summer ahead!!
Sears 09-07-14 - 21:09

From a land of sun, beautiful women and sporting excellence, to rain, potatoes, pikeys and people like Sears. 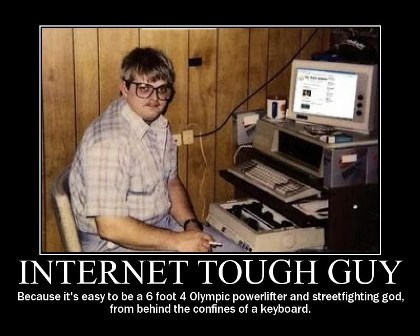 Is there anyone left in the tour who can compete against Kittel in the sprints? Totally dominant and he's in lethal form at the moment
Sears 08-07-14 - 21:30

Brazil's own doing. Can't believe Hulk and Fred are still starting - so many good players being left out. Scolairi has lost it

Simon Yates is in. Targeting the medium mountain stages. Would have thought Adam would have been selected but he's done a lot of racing lately so they said Simon was fresher
Sears 30-06-14 - 15:32

Did another 30 odd miles today, would have done more but i woke up late

You're clocking up great mileage on the new bike, good man!!

Went out for a mountain walk with my dog on Friday , wanted to do some form of training other than the bike. Ended up doing a 10km loop which took about two hours and 20 minutes. Work Saturday night and during Sunday especially was torture! My legs were killing me , and they're still sore today but not as bad!
Sears 28-06-14 - 12:13

Froome will struggle this year

He looked good at the Dauphine until he crashed. Contador is looking especially good and he'll have a strong team in Rodgers, Roche, Kruziger etc.

Disappointed we're spending so much on Lallana. Agree with BR, a good midfielder worth €15 million tops and nothing more. Some of Rodgers purchases can be questioned so hopefully he's right on this one. Would have hoped with CL football that we'd target better players, but the summer is still early.
Sears 27-06-14 - 14:20

Shane Sutton is pretty convinced that he'll stay, even going as far as saying that he would be 'mad' to leave. Surprising, because after his Tour of California win I was certain he would make the team. Everything went downhill from then and was a shame to see him pull out of the Tour of Switzerland after the crash. He won the British TT national title yesterday too.

Strong looking team nonetheless, some awesome climbers but Porte's lack of form this year will be a worry I'd imagine?

Wiggins hasn't been selected to ride the tour this year. Wondering now if he'll stay with Sky next year, find a new team or go back to the track
Sears 26-06-14 - 18:30

Apparently Barce + Real are still interested in him. Would love to know what Rodgers + John Henry are thinking right now
Sears 26-06-14 - 18:29

Got one of those myself, not bad for the price but one that you literally only wear when its bucketing down because its not very breathable at all

Perfect for our summer so

He's a good solid play-maker, small, quick, creative, young player with a prospective future. Pretty much just what you guys need. He isn't world class yet but he'll be a huge improvement on what ye have in the CM position
Sears 26-06-14 - 17:13

Ordered this as well: waterproof jacket

Dude, why did you buy a womans jacket?

It's not cold enough for a full sleeved jacket, but not warm enough to wear just a jersey. A sleeveless jacket is the perfect solution.

And just to confirm, it's not a woman's jacket

Yeah its the player himself who is getting punished. It is irrelevant who he plays for.

Why the fuck not?

Because he wasn't playing with Liverpool?

''This is an international tournament, a FIFA tournament, the biting incident is in a Uruguay shirt and it should be Uruguay and Luis Suarez who pay the consequences.''

Despite what some of ye have said, I'm as annoyed as any other Liverpool fan out there that he's bite someone again. I really thought he had turned a corner last season. But I'd much rather get bit by someone and have a few small non threatening marks rather than have my leg broken etc.

By no means am I trying to say what he did was OK, from my personal point of view the guy has serious problems and Liverpool would be better off trying trying to ship him off to Espana to Madrid or Barcelona, but now that he is banned for the first two months of the season we can't. And we're stuck paying him 200,000 p/w, even-though the crime he committed was in a different continent and a total different competition.

Punish him by all means, but Liverpool shouldn't have to bear the punishment as well. An international ban and a huge fine would have been sufficient in my eyes.

And absolutely no need to go tell me to jump off a cliff either. Everyone can play a keyboard warrior.
FM2020 SALE