2 minutes ago
ArnDaddy commented on: 3D Official Kits Thread 21 minutes ago
A new version of our data update was released with 6661 changes from 50 contributors.

1 hour ago
SuperSpurs1882 commented on: Squad pages and panels resetting

2 hours ago
mozinho commented on: Standard Official Kits FM2017 Thread 2 hours ago
A new version of our data update was released with 6598 changes from 50 contributors.

5 hours ago
Qvordrup commented on: Facepacks Release thread - NO REQUESTS

7 hours ago
rfreixo commented on: Facepacks Release thread - NO REQUESTS

7 hours ago
VP. commented on: Arsenal, Managed By A Fan

8 hours ago
AndreaSSL1900 commented on: Request Thread (ONLY TEAMS, COMPS and NATIONS THAT ARE IN THE OFFICIAL FM DATABASE)

Is there any way to check via the editor or scouting apps, which teams dont have any default kits in the game (for the graphics to overwrite) or it jsut a case of checking manually?
wkdsoul 20-01-19 - 15:32

If i still have old kits in my file, will the FM19 file still have the required info? ie at least a kit created to overwrite with the image ((not to arsed if the colours dont line up) id rather have a graphic than the default.

Was finding the comp logos for scotland too big when use in the custom titlebar i had so gave the guiide a go on my created ones. this look alright? 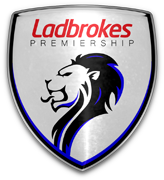 Rather than one company per board cycle, I had a go at combining some of the ones in the pack into one board...

Got the idea (vid above) now to find some better images and decide how i want it, tried to make the fans corner in the above and the usual 'commerical' main stand look... but least i get how it works under the hood.
wkdsoul 10-10-18 - 18:57

Much appreciated. I'll give it a bash

It looks like pretty much most of it seeing as this pack was used as a starting point. The creator himself states:

Cheers, wasnt sure which one to start with as this seems to be updated more often than that one..

having a go meslf at adding a few..

my first attempt at a vid

Do you happen to know the breakdown of how many video files before it will revert to the next step..? How many assigned to the club before it starts using the competition assigned, and then the default?
wkdsoul 12-01-18 - 17:30

Alright, so I'm having some issues again. I've removed the 33% income tax rule from Nation-USA-Tax Rules, but I'm still getting the 33% sell on fee for MLS. I also tested out some other USA edited databases, and some of them have that income tax still in the list, but MLS doesn't take 33%.

Where do you go to remove that 33%? I can't seem to find it in the USA section in the advanced rules (or even more likely am looking for the wrong thing). If I understand correctly, it's in the taxation section (idr the exact phrasing) where it lists the tax brackets for the players? It will be under nation - USA Tax rules

Yes, I do. I think they're called the Susie name fixes. It's the database that corrects the names of competitions (e.g. UCL instead of whatever the default is), make the German national team work, etc. Would I need to restart the game then to get the image packs to properly work? If the susie files are still under the default it should be a problem, the same is also true for the graphcis folder though, the image and kits files for this should always be first in alphanumerical order. (put the in graphics/000 usually works, clear cache etc)

Gotcha. Apparently I'm not too observant lol. So, to play stupid, starting MLS teams will always get MLS Cup competition *and* not everyone will get the US Open one? I have noticed that sometimes in the first round of both cups I'll get other first division teams or even someone's academy. Is there a way to regionalize it and/or prevent either major or really unfair matchups from happening in the first round? The US Open Cup is the FA Cup, an unseeded free for all of all teams. The Superbowl / Lamar Hunt etc are the league cups for the MLS/NHL etc

Haha, I'm glad I could help! This is a great database and a whole lot of fun. Thanks again!

I have a somewhat unrelated question as well. Have you tried to make (or have suggestions how to make) an "Americas Champions League" (ACL or a similar name) analogous to UEFA CL? My general idea was that the ACL would pull the top teams from all the major leagues in both South and North America. However, CONCACAF Champions League and Copa Libertadores would still exist as analogous to Europa League where teams that crash out in the ACL, the winner of minor leagues (e.g. top Panamanian team) that lose in qualifiers for ACL, or ones that finish in lower positions in major leagues (e.g. 5th and 6th in MLS) would then be put into their respective federation's continental competitions. Do you have any thoughts on this? I dont. creating new Continental cups in the editor is a nightmare and can be pretty buggy. The editors hideaway on SI would be your best bet to check

1) Do you know if there's any way to remove MLS taking 33% of the transfer fees? - Yes you need to remove the 33% income tax rule from the USA. (only found this out last week, making the fm18 version)

2) I'm also having issues with the image packs working. - Do you have any other editor files loaded? Files should always be the first 3 in the list you select at game start to correlate to the packs.

3) The World Series / Superbowl etc are always the same qualifier teams. The MLS teams get the the other cup (Lamar hunt i think it was)


Thank you for the feedback, its much appreciated. I assumed no bugger was using it

No worries, just had a alignment issue with that panel.fixed it anyway. only took 5 mins or so.

the gunzo player profile tab1 xml points to the file="gunzo/gunzo player reports profile" but there isnt one?
wkdsoul 09-12-17 - 12:47

I think I may have figured it out. I went through and tested with a number of other teams. The only ones I had issues with were the Sounders and Galaxy. As it turns out, those are also the ones with local TV deals. I took those out, and the problem went away. I haven't simulated too far into the future yet to make sure, but I'm hopeful that resolves it. But I haven't tested/checked if any lower level teams have local deals either.

I think I may have figured it out. I went through and tested with a number of other teams. The only ones I had issues with were the Sounders and Galaxy. As it turns out, those are also the ones with local TV deals. I took those out, and the problem went away. I haven't simulated too far into the future yet to make sure, but I'm hopeful that resolves it. But I haven't tested/checked if any lower level teams have local deals either.

Hey, I'm really enjoying the 2017 build of this database. However, I'm having a pretty big problem--I'm not getting the full TV money in MLS. Instead of however many millions, it says $999,999 in TV rights. I've checked the lower leagues, and they all appear to get theirs. In addition, teams promoted from NASL to MLS get the TV money that's supposed to be awarded at the start of the season to all MLS teams. I just realized that I've only tested this out with Seattle, so I don't know for sure if that's the only (or one of the few) teams not receiving the money or not. I've run simulations for years and keep running into the same problem. I've made some minor changes to your database (e.g. bigger transfer funds for the MLS clubs in the first season, more money for U.S. Open Cup, etc.) but even when I tested the original I still had this problem. I'm curious if you ran into this issue as well? Thanks.

What is that skin?

You can't pick and choose which parts of different versions of the SSKCC files you use. Either you use the '16 version or the '17 version. Using both at the same time may cause some conflicts with a mish-mash of 15/16 and 16/17 kits, which would defeat the purpose of this file, and is not something I would recommend.

What you can do, and this can be used concurrently with the SSKCC17 file, is to make a standalone file for the level 8 portugal SS16 pack fixing the kits where necessary. You would manually go through each team's kits in the pre-game editor, and manually change the colours and style which don't match the images in the kitpack. This has the additional bonus of (theoretically) being also usable in FM18 onwards if need be.

I should state i have only one folder per country (one config) with SS kits in. (not by league/pack anymore) So I've saved the all the 15 versions, then overwritten the 16 (where applicable), then again with 17...

As the xml load alphanumerically If i have the 17-16-15 load in order it should overtype those staggered down. I hope. so each SSKCC will pick up which wasn't in the previous (as it would will custom databases/logos).

Thats the plan anyway.. i'll check it as i finish. Most home teams never change colour so as long as the SSKCC picks up those with no kits in the editor, i d rather have an incorrect graphics than the default images, (That make sense - If i have to manually check and create my own SSKCC i can do it over the summer for dead kits)

If i have a pack that was made for 16, but still want to use the graphics. Say someone made lvl 8 portugal last year SS pack. but its not been done this year.

Hey, this seems really cool. What date is the youth generation?

Great job, I'll test it as soon as I can
Congratulations for the effort

Thank you, doesnt seem much intrest this year..

FILE LINKS - ALL 3 MUST BE LOADED AND ACTIVE

Can a mod delete my thread please, thanks.