Feed
Football Manager 2020 is available to Play Now! Buy now, play instantly. Get these essential add ons to enhance Football Manager 2020 Want updated squads for FM20? We have the worlds biggest FM2020 Data Update. 2 hours ago
A new version of our data update was released with 49782 changes from 197 contributors.

7 hours ago
injilio commented on: ESS v5 Logo's REVIVED !!! 7 hours ago
A new version of our data update was released with 49678 changes from 197 contributors.

8 hours ago
Waterdeep70 commented on: International Save..England to start with 8 hours ago
A new version of our data update was released with 49673 changes from 197 contributors.

9 hours ago
rfreixo commented on: Facepacks Release thread - NO REQUESTS

10 hours ago
gdansk89 commented on: Request Thread (FANTASY, ALTERNATIVE and ANYTHING NOT IN THE OFFICIAL FM DATABASE) 10 hours ago
A new version of our data update was released with 49614 changes from 197 contributors.

10 hours ago
Alper Kaplan commented on: Megapack Technical Support thread - all other threads will be locked

10 hours ago
mons commented on: Megapack Technical Support thread - all other threads will be locked
sortitoutsi
FM2020 ($55.51) 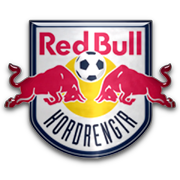 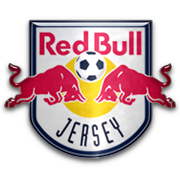 Could I get some kits made in the style of the New York Red Bull 'Dark Mode' kit?

Can the logo be the Jersey one from the attached post?

If you get your request done, then return here to get the logos made Metallic

I think I've done this right? 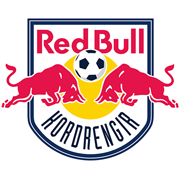 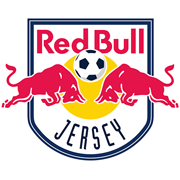 If it's not too much trouble, can I get 2 logos?

For 2 Red Bull franchises I am adding into the game.

If possible, could I get a fantasy 'Red Bull' logo for Icelandic club Kórdrengir?

At the risk of pushing my luck, could I also get a Jersey Red Bull logo?

Take a look at this old post... think it applies to your problem as well: https://sortitoutsi.net/comments/get/490190

Yeah, that will probably fix the issue. Unfortunately, I now have a problem where I can't verify the editor data file. I will contact the creator and see what I can do. Thanks.
EnigMattic1 02-03-20 - 12:59

What would cause 1 specific logo not to show? The club is Fort Lauderdale CF. The logo has the same id as the team and the config is correct but it shows the Inter Miami logo instead of Fort Lauderdale.
EnigMattic1 27-02-20 - 11:24

You can always find the metallic logos by searching the DB here: https://sortitoutsi.net/search/database 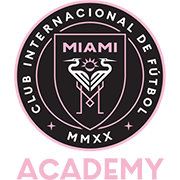 I've started a new game using these files and checked with the editor and it doesn't seem like the issue you're facing is connecting with this file.

Are there any other teams in this division? Could be an error in competition renaming or team assigning in another file, particularly a Faroe Islands playable league one. "4. Deild" (not in Caps) is a Faroe competition in my files, and the Icelandic pyramid only goes down to the 3. Deild, in fact.

Yeah, there are other teams in the division. It is that whole level of the American pyramid. I will open the expansion file in the editor and have a look.

I did see in a separate thread on the si forum that someone else was having a problem with the file and the creator said it may just need verifying again.

I'm not sure if it is this fix that's causing the problem or whether it is, somehow, clashing with an editor data file I'm using, but, after installing this fix, my new save has Inter Miami playing in '4.DEILD' which is a league in Iceland.

They are not physically playing in Iceland, obviously, but the league name shows as the one from Iceland.
EnigMattic1 09-02-20 - 17:44

Small request if they haven't already been done.....

I apologise for the poor image for the away shirt but that was taken direct from their website.
EnigMattic1 09-02-20 - 15:52

Has anyone done the logo for Jersey Bulls yet? if not,

I meant Austin FC who, in real life, are scheduled to join the MLS for the 2021 seson.

I'm in no rush for these but, could someone make some Liverpool kits in the current colours.

The changes I would like are Adidas as the supplier, Carlsberg as the sponsor, Club world Cup badge and a retro style badge (basically the current badge with the torches) with 6 stars above.
EnigMattic1 09-01-20 - 23:19

Well that clears a few things up, thanks. My biggest concern, as I said, was the 'high profile' signings. I've traded in the likes of Dom Dwyer and Jordan Morris but I just don't have the reputation for any really big names. I can't even get someone from the bottom half of the Premiership.

Once you get your head around it, it's pretty easy to grasp.

So the disabled list is where a player gets injured, and if he's injured for more than 6 weeks he doesn't count toward your salary cap. Speaking of the salary cap, you have a budget you can spend on wages per week, you cannot go over this. There are also designated player contracts, which do not count towards your salary, you can 3 DP contracts but can trade for more.

The allocation funds are like your transfer budget. Basically, when you sell a player the money from that gets split up, you get some to go back into your transfer budget and the league gets some of it. You will also receive target allocation money each season, this is like the board putting money into your salary budget, it's based off league position, sponsors that kind of thing.

There's no academy teams in FM. Most teams have a B team that play in their regional leagues, which unfortunately aren't playable in FM. You can move players to your B league and try and get them developed, but with squad registration you can't leave a player in a B team and not register him for your first team, otherwise he gets waive. When a player is waived, he becomes a restricted free agent. If he was signed in the MLS draft, including real life players, then he can't be signed by another MLS team until the waiver draft, which is before the super draft. If he hasn't been signed by a MLS team before, then he can be signed by another MLS team during the transfer window.

Let me know what other info you need

So what is the deal with academy teams then? I see the rest of the MLS has them and, in their transfer history, they have brought players in from there. But Inter Miami's just seems broken.

I can navigate the salary cap pretty easily, I am about 5k under my 63k limit despite having some decent players. I have registered a max of 30 players yet my board still want 'high profile' players. Is that in relation to the club reputation or is that a dp?

How does signing players from abroad work? Would someone like Ibrahimovic, Beckham, Rooney or Gerrard use a dp slot AND an international slot?

Is there any way around finding a player who 'cannot be signed until drafted'? I have found a handful of decent, young players but I can't even approach them. I found them early 2019 but they never appeared in any of the drafts between finding them and the start of the season.
EnigMattic1 08-01-20 - 15:07

Yes, MLS is kinda my league, I know a lot about it, what questions do you have

Basically? I would kinda like stuff like 'Disabled list' and the 2 allocation funds explained in 'idiot speak', also, how does the Academy setup work? I get the impression Inter Miami's is bugged as, despite what the editor says, it is not affiliated with the main team, nor does it use the same colours.

I have a vague idea of how the trade and draft systems work (I've got a pretty decent team at Miami), but, I feel I'm missing out on the greater experience because I don't know the finer details.
EnigMattic1 28-12-19 - 20:37

If anyone has the time, could this be made please?

Apologies if this is in the wrong place.

Seeing as how Inter Miami and Nashville are set to join the MLS at a later date, would it be possible to create a team to replace either one of those teams and take their place in the MLS?

As the lower leagues in America are not playable, would it have any negative effect if Nashville didn't join the MLS? Miami are classed as a lower league team anyway and are, therefore, not even in a league.

Is anyone on here clued up on Inter Miami or the MLS in general? I have so many questions and cant seem to find a decent guide or answers in general.
EnigMattic1 22-12-19 - 20:34

In some instances, when SI release an official patch or hotfix, some of the files deleted when applying the fix are recreated. It could be the case that this has happened n your case.

Yeah, It turns out they had been deleted. I didn't think to check that. I really need to pay more attention

You need to download the licences fix which solves this issue, but it needs to be in place before starting a new game.

I've got the licences fix. I downloaded it from here and everything else is working fine

I apologise if I have posted in the wrong place. I wasn't sure if it was a graphics or general question.

The club colours for Brazilian clubs, How can they be changed and, if it can be done, is it save game compatible?

Does anyone know if there is a logo around for the Inter Miami Academy? I know if you create a II team, it will automatically get the Inter Miami logo but there is nothing currently in place for the Academy.
EnigMattic1 10-12-19 - 12:37

This has probably been asked countless times already but, could someone point me in the direction of the Inter Miami kits please?