Feed
Football Manager 2020 is available to Play Now! Buy now, play instantly. Get these essential add ons to enhance Football Manager 2020 Want updated squads for FM20? We have the worlds biggest FM2020 Data Update. 4 minutes ago
A new version of our data update was released with 109343 changes from 377 contributors.

28 minutes ago
wrooty commented on: 3D Official Kits Thread 31 minutes ago
A new version of our data update was released with 109317 changes from 377 contributors.

58 minutes ago
Martyrizing commented on: Standard Fantasy/Request Logo only (NO PACKS) Thread

2 hours ago
Belajariman commented on: Facepacks Release thread - NO REQUESTS

2 hours ago
Belajariman added a download: Botafogo Teampack 2 hours ago
A new version of our data update was released with 109316 changes from 377 contributors.

6 hours ago
Baja commented on: Restoration of the standard logos!

6 hours ago
qwaz commented on: Standard Fantasy/Request Logo only (NO PACKS) Thread 7 hours ago
A new version of our data update was released with 109311 changes from 376 contributors.

8 hours ago
rekooner2 commented on: Facepacks Release thread - NO REQUESTS

9 hours ago
M6 commented on: 3D Official Kits Thread 9 hours ago
A new version of our data update was released with 109156 changes from 375 contributors.

10 hours ago
qwaz commented on: Standard Fantasy/Request Logo only (NO PACKS) Thread

10 hours ago
Waterdeep70 completed a season in their Football Manager career: International Save..England to start with 11 hours ago
A new version of our data update was released with 109092 changes from 375 contributors.

12 hours ago
kingrobbo commented on: promotions and relegations 12 hours ago
A new version of our data update was released with 108982 changes from 374 contributors. 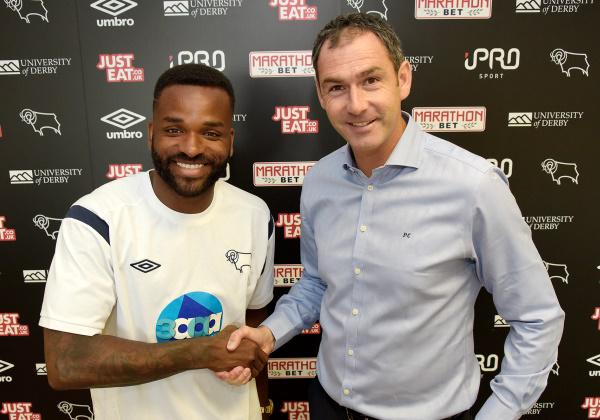 
Baja Edit - Not an improvement!


Mons edit - Image has been cut


Baja Edit - Image has been cut.

Baja Edit - As many times before,not an improvement.What else we should do for you to understand what means improvement?!In the future I'll just remove all none improvements from this thread.


Baja Edit - Not an improvement.


Baja Edit - Image has been cut.

I would strongly recommend that you do download the update packs, although they are of course not mandatory.

The update packs include around 8,500 new images and around 9,500 improved cut-outs, so there's a lot more than a couple updated ones

Update packs are then released periodically to add images to the megapack and replace existing images with better/more recent cutouts.

Therefore, if you download 7.0, you already have 6.0 and all its update packs. To be entirely up-to-date, you would then need to download update packs 7.1-7.7.

Due to the size of the file and the amount of work involved, torrent versions of the whole megapack are only released before the game release to allow the community to have a simple download available.

I see thanks that clears it well, thanks! I did download a couple of them update packs but I had all the pics anyway just a couple updated ones but wasn't mandatory so deleted it, thanks bro!
Smith1994 16-08-15 - 11:39

Cut-out faces have a size of 180x180 pixels. The area of the face in that picture is much smaller than that, so cutting it will simply result in a pixellated cut-out, which adds no value to the megapack and wastes cutters' time.

I've had a quick look around online and found no decent and recent sources, so you may have to be patient and wait until a good source emerges...

Hey I was just wondering what the difference is between megapack 6.0 and 7.0 might sound like a stupid question but I'm getting them ready for FM16 having not played FM since 12 and downloaded both but every pic in 7 was in 6, unless it's used just as an update? also curious what are the update 7.0 update 7.1 are these pics missing from the megapack? Thanks
Smith1994 16-08-15 - 10:52

Last request picture was too small, hope this is okay!


Baja Edit - Too small to be an improvement. Hey guys I was wondering would this picture be too small to cut? If Not I'll make a request There are two solutions,you've posted this request in wrong thread,or you've typed wrong ID.Anyway edit your request and make the proper one in the right thread...

Don't you see that he is already requested just few posts before you,so please remove\edit your request.

Mons edit - Request posted with a wrong source image and in the wrong thread. I fixed the former, but can't move it - please try to request images in the right manner and in the right thread.

Mod Edit again - This will be in the next MP update

Wrong thread but I'll be doing a HQ team request pack for Charlton in the near future. Unfortunately this seasons photoshoot wasn't particularly good (due to the weather) so I will only be including any genuine improvements plus the new youth intake, but it will include Button & Dervite.

Damn, you guys are brilliant and I'm curious if anyone is willing to make me a couple of players?

if so they are:

What packs is the English leagues only?

No idea about that it has him because I ask for him and the template, try open up just the template ?