11 hours ago
Belajariman commented on: Facepacks Release thread - NO REQUESTS

11 hours ago
Belajariman commented on: Facepacks Release thread - NO REQUESTS 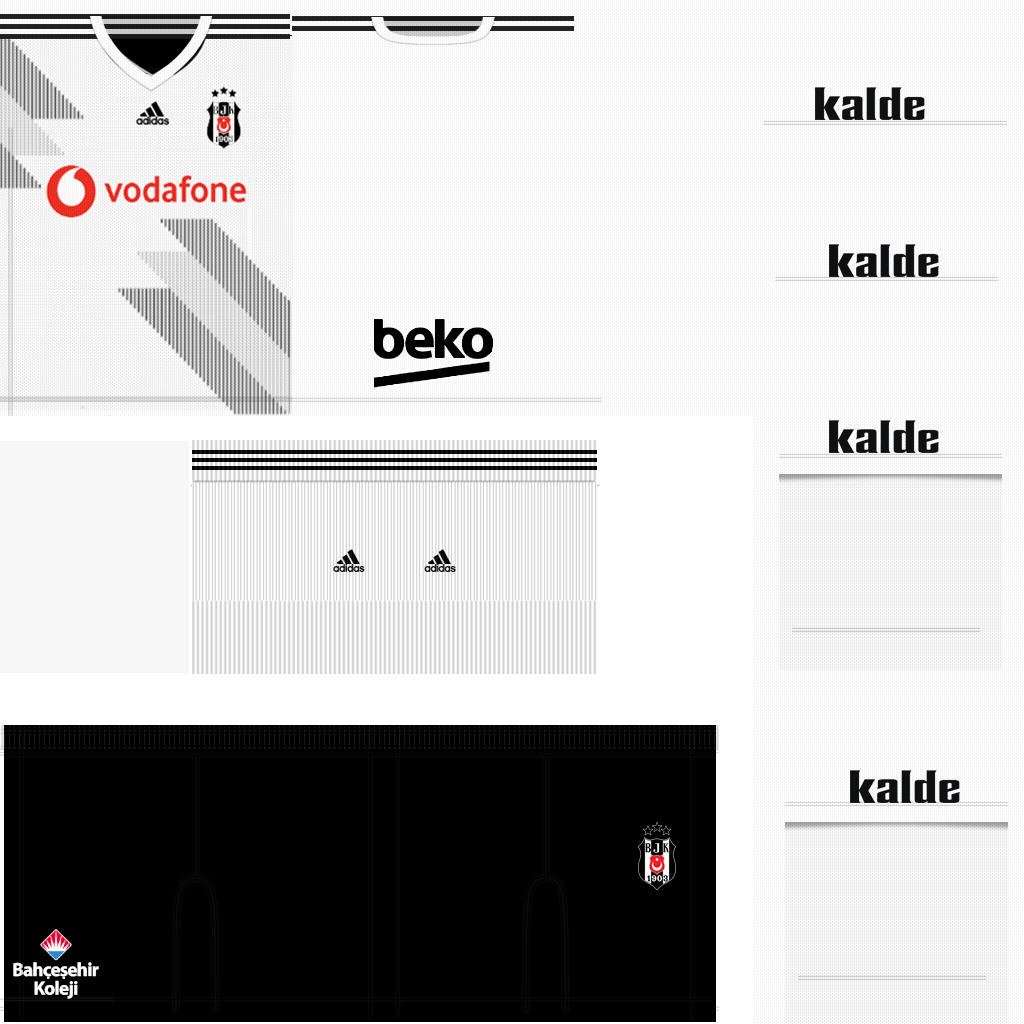 Besiktas Away - my first kit - leveraged some of the existing kit made by Nerron and fixed for new template. 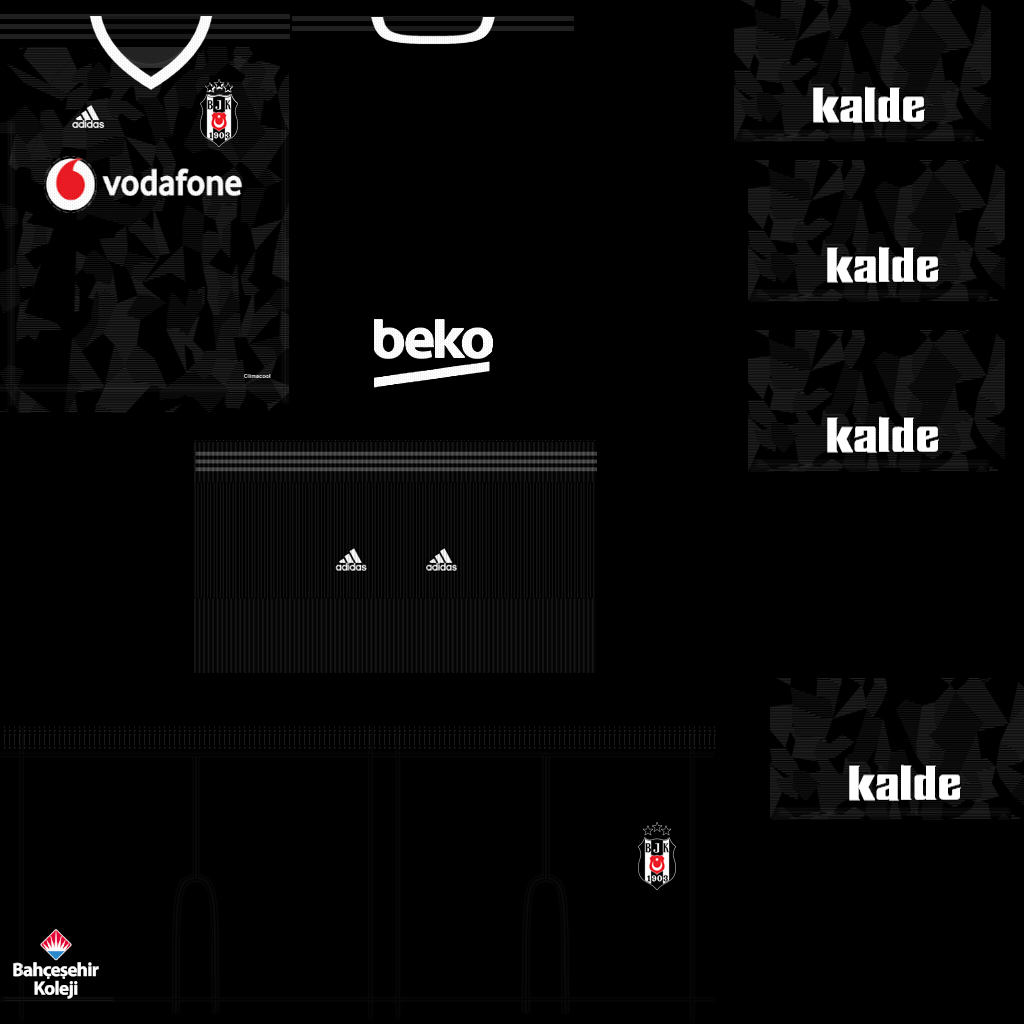 if you can make Argentina mate...or some south american teams..will sent you pictures

No huge interest in South America personally but I will try my hand at some of the Turkish ones. Don't think il do all of them, however. I will start with the top teams as they may show up in European comps in my saves.
Samuel Roy 25-12-19 - 08:26

You have all New templates for FM 20 on page 4 on this link
https://sortitoutsi.net/forums/topic/42327/3d-template-kits-thread-for-fm18-only?page=4

I Sent him all templates from bolid for FM 20

Can you send me fm20 templates?

just noticed that all clubs in atlantic league that aren't dutch would not qualify via atlantc league for europe,so do they or if
they do how?

They qualify in order of postion amongst teams in there nation

The number of qualification spots is determined just as it is now, by how the teams from those nations perform in europe (via the coefficient)

Therefore all of the teams in the Atlantic league should qualify for europe and then the best ranked teams in each national league should also qualify
Samuel Roy 16-05-18 - 11:06

Tried last night,great concept ,so started my euro qualifiers and everything going good....but then found a bit of an annoying issue

The cup and league rules are a big game killer : Atlantic cup = Eu rule 6(ok) 6 must be trained by club(eh!) who has this many.
trained in the nation i could understand.

nations cup -no over 24's (seriously)

league rules is the same as atlantic cup. so can play starting 11 but the mostly youths after that.

Also the Nations Cup is all about youth development. hence why its under 25. Its not a high rep competition. Its an opportunity to play youth against other youth which provides the smaller clubs an opportunity to win a trophy
Samuel Roy 14-05-18 - 22:09

Tried last night,great concept ,so started my euro qualifiers and everything going good....but then found a bit of an annoying issue

The cup and league rules are a big game killer : Atlantic cup = Eu rule 6(ok) 6 must be trained by club(eh!) who has this many.
trained in the nation i could understand.

nations cup -no over 24's (seriously)

league rules is the same as atlantic cup. so can play starting 11 but the mostly youths after that.

Was probably a little strong on the league rules. Can't use trained in nation or it applies Netherlands to all clubs. So I had to use club. What I actually wanted was Scottish clubs have to use Scottish players etc
Samuel Roy 13-05-18 - 11:44

Do any of the regular kitmakers have .psd templates that they are willing to share? Looking to get involved myself for the kits I want that nobodies making
Samuel Roy 05-05-18 - 04:17

Have you started on any of these databases?

No not yet. There wasn't an overwhelmingly positive reaction. There was yourself and about 3 others that have showed any interest so far which was sort of disssapointing tbh!

If you don't mind am going use your database as a basic structure and try to implement the changes I have been trying.

If i get it to work I will upload it for you to try.

I have given this a thorough play through. Excellent idea. I made some custom database changes (but none to the structure).
I am currently running a simulated game which is in season 2109. I have had no crashes.

I started a similair update myself but could never find the time to complete it.

Hey Rob, so looking through my steam - It turns out the CD Key was redeemed.

Hi, I'm a paying member of the sortitoutsi community and will continue to be. I purchased a copy of fm18 through you a while ago and have not redeemed it yet.

I recently won a copy of fm18 from SI and so want to get a refund for the copy I purchased through you guys.

It hasnt been redeemed.

Putting the future transfer in would mess with finances a lot. If we put in 3 players going to Real Madrid for £100 in January, they might run out of money, or spend money in the summer and then again in January, making the game more uneven.

Secondly in our experience most people want it so they can play with the current line up, much fewer people want future transfers, so the effort to do it just to please a small number of people isn't worth it from a time point of view.

But doesn't it mess with the finances if you don't have any money going in/out at all... Like if a club sells someone under the current methods they get nothing in return..
Samuel Roy 28-02-17 - 08:30

Just want to add that this was by no means aimed to cause offense to those who put hard work into updating our game. But more a query and hope for the future
Samuel Roy 27-02-17 - 12:55

It semi annoys me that the transfers are simply put into the game rather than entered in as transferring @ xx/yy/zzzz.
I can't see how this would be any more difficult than what is currently being done by the community. It would also ensure the financial repercussions of such moves actually occurred since it seems you don't update teams finances to match the transfers.
Samuel Roy 16-12-16 - 01:58

Okay so im working on a project at the moment and thought there might be some interest in the community and potentially some ideas
Backstory: With all the corruption in FIFA of late the world has come to a drastic solution. Overthrow everyone and install a young man from the eastern suburbs of Australia to run the show. He decided the global game needs to be more global. With rich investors keen to create superleagues and the like, this young man decides to change the system by which clubs participate in the game of football. A giant world pyramid...
Why is this any different to other world league systems? For years and years many people have developed world leagues where there are 10 to 20 levels of leagues in a pyramid. The problem with this is that all the teams at the bottom of the pyramid are all jumbled? Do I want my Melbourne Victory travelling all the way to Peru to verse a second tier team there in the 16th level of the pyramid where there is fuck all interest and fuck all money? No. Its unrealistic and not enjoyable. I want to be able to play regional games at the bottom. Thats how football works, at the lower levels we get more and more regional.
So iv decided to create a world pyramid where as it gets lower and lower we install more and more levels of regional football.
Currently the system has 7 levels
World Premier League
World Leagues (4 groups)
Continental Leagues
Continental Second Leagues
National Leagues
National Second Leagues
National Third Leagues
This project is still in the testing phase and I am currently testing it with the following nations (but do aim to add most if not all nations):
Europe: - England - France - Spain - Germany - Italy - Portugal
South America: - Brazil - Argentina
North America: - USA - Mexico
This post is aimed to create suggestions and interest in the project!
Samuel Roy 19-05-16 - 08:15

I am also having an issue with the brazilian teams. Their names are COR, FLA etc. and also their kits aren't displaying. Same goes for greek and a couple of other leagues (in terms of kit). Is there a fix for this? All the kits were sourced from here. Iv followed all the steps above to a tee