24 minutes ago
camillovargas70 commented on: Request Thread (ONLY TEAMS, COMPS and NATIONS THAT ARE IN THE OFFICIAL FM DATABASE) 26 minutes ago
A new version of our data update was released with 50185 changes from 197 contributors.

28 minutes ago
bolid74 commented on: 3D Template Kits Thread for FM20 only 45 minutes ago
A new version of our data update was released with 50178 changes from 197 contributors.

2 hours ago
Stevenleharve commented on: SS Fantasy Kits ONLY Thread (NO REAL KITS)

3 hours ago
boomzdaydevice commented on: SS Fantasy Kits ONLY Thread (NO REAL KITS) 3 hours ago
A new version of our data update was released with 49977 changes from 197 contributors.

5 hours ago
injilio commented on: ESS v5 Logo's REVIVED !!! 5 hours ago
A new version of our data update was released with 49795 changes from 197 contributors.

6 hours ago
azzarazza5 commented on: Standard Fantasy/Request Logo only (NO PACKS) Thread

7 hours ago
murrayg commented on: FMV Logos 10 hours ago
A new version of our data update was released with 49782 changes from 197 contributors.

Looks awesome, are they stencils or all handpainted?

Neither, they are vinyl stickers. the place is rented so we can't really paint the place as we would like, so these were the best way to inject some colour.
Rick87 03-04-15 - 20:43

Finally got around to putting the cot together as well as some painting and decorating in the baby's room, still waiting for curtains, a storage unit and a rug I've ordered but I'm pretty pleased with my days work at the moment.

Tough pre-season, I usually throw in a few easier games between the money spinners to boost confidence. However good luck with Pisa, the Italian leagues are a lot of fun to manage in.
Rick87 29-03-15 - 08:45

Even as somebody who has voted Labour at every election since I turned 18, I really wish Ed Milliband sounded less of a stuttering fool.

Anyone watching Battle For Number 10?

The audience questions are a complete waste of time. First question to Miliband 'why are you so gloomy?'. Jesus.

Any chance of an updated Matlock Town (510043) badge that includes the writing?

We thought about a 4D scan but decided that the pictures can be a bit scary so didnt bother.

What more do you need to get, theres loads that you dont actually need that people/books tell you to get.

So far we have the cot, which we won in a magazine competition which was nice, the only problem is it looks expensive and any furniture we can afford to go with it looks shite in comparison, but hey that is a first world problem if ever there was one.
My mum has promised to get the pushchair/travel system and numerous freinds who have had babies in the last few years have donated sack fulls of clothes and stuff.

Think it's just feeding stuff we really need now, although I'm sure we'll discover something else we don't have as soon as we get her home.

Just 6-7 weeks until the baby is due now and I'm starting to brick it a bit, still not got the spare room cleared out and set up as a nursery, still not passed my driving test and still need to buy quite a bit of stuff.

On a brighter note we did go for a 4D scan the other day which was awesome;

Article/photos will be titled - "Hot 2 Trott"

God, Russell Brand is the worst ins't he?

Watching MOTD; "every time needs to conjure up the dark arts on occasion"

Getting everything set up for self assessment is daunting as fuck, keep worrying im going to fuck up some how and end up in trouble with the tax man

I remember playing a game with Guarany de Sobral in Serie D a few years back, Fortaleza always battered us for the state championship every year.

Having a birthday on a Wednesday is shit, everybodys at work. Wish I hadn't booked the day off now.

Aston Villa have today announced that former captain Olof Mellberg will succeed Paul Lambert as club manager. Lambert was sacked yesterday after two forgettable years at Villa park, Villa owner Randy Lerner has clearly decided to put his faith in the passion and determination of Mellberg which established the Swede as a Holte End idol during his seven years at the club between 2001 and 2008.

Although many supporters will be glad to see Mellberg, 36, back at Villa park, many will point to his complete lack of managerial experience, the former Juventus, Olympiakos and Villareal man only recently gained his coaching badges whilst with FC Copenhagen before injury forced him to retire. Perhaps to help the situation Villa have appointed two other ex-claret and blue men in the shape of Marcus Allback and Martin Laursen who will assist Mellberg in his duties.

Allbäck, 40 was a teammate and close friend of Mellberg's at both club and international level, scored 34 goals in 70 games for Sweden as well as enjoying a well travelled club career. he scored six goals for Villa in a two year spell between 2002 and 2004 and has spent the last five years as assistant manager of the Swedish national team, a role he will continue in for the time being.
Also coming in is another former Villa captain, Martin Laursen. The Dane enjoyed great success in Italy with Verona, Parma and AC Milan before joining Villa who he served for five years, forming a formidable partnership and friendship alongside Mellberg.

The arrival of Allbäck and Laursen as Mellbergs assistants will see Roy Keane depart after less than a month at Villa park, it is of yet to early to know exactly what functions the duo will assist the new manager with, however with only Allbäck having any top level coaching experience it will be a steep learning curve for the trio. 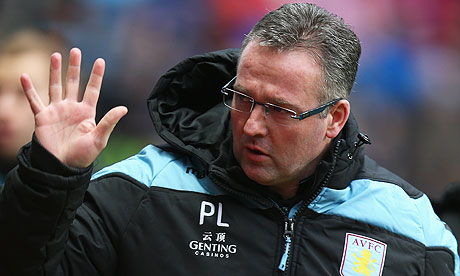 Aston Villa manager Paul Lambert has left the club by mutual consent following a disappointing season in charge of the Birmingham side.
Villa struggled for much of the campaign, finding themselves dropping in and out of the relegation zone on multiple occasions. The Villain's did undergo a revival in the final six weeks of the campaign, going eight games unbeaten, ensuring their Premier League survival for another year and clinching a 15th place finish. Villa owner Randy Lerner has sent a statement from his Cleveland, Ohio home saying that such mediocrity would no longer be tolerated at Villa Park as the 50 year old philanthropist has seen his side flounder since Martin O'Neill lead them to three consecutive sixth place finishes, two visits to Wembley and European football before his departure in 2009, the team regressed under O'Neill's replacement Gerard Houllier, finishing ninth and being dumped out the League cup in the quarter finals by hated rivals Birmingham amidst scenes of off-field violence. Lerner would cause a major supporter uprising when Houllier stepped down due to health reasons, only to be replaced by Birmingham's Alex McLeish, prompting the burning of effigies of both McLeish and Lerner outside the Villa Park gates.

McLeish failed to win around supporters, Villa narrowly avoided relegation to the second tier of English football for the first time since 1987, Lerner was heavily criticised by supporters for allowing McLeish to remain in charge as long as he did after the Scot secured only seven wins all season. The former Rangers man was eventually shown the door last summer to be replaced by Norwich manager Lambert, who despite a run to the League cup Semi-finals only managed one better than McLeish's 16th place finish the previous season. Things did not improve much in 2013/14 as Villa again spent a season looking nervously over their shoulders before eventually securing survival in the final month of the season, again finishing fifteenth.

In truth O'Neill's short lived revival was just a short burst of sunshine through a dark cloud that has hung over Villa Park for years now, Their last silverware came back in 1996 with a League cup victory under Brian Little, John Gregory promised a revival in the late 90's when he lead them to the last eight of the UEFA cup an FA cup final and had the Villans topping the Premier League for most of the 1998/99 season before the eventually collapsed, allowing Manchester United to collect the first trophy of their famous treble that season. Villa's most famous night in 1982 when the beat Bayern Munich in Rotterdam to lift the European cup is now over years past, the claret and blue half of Birmingham is crying out for a return to their glory days. Can Lambert's successor deliver?
Rick87 17-02-15 - 16:51

For fucks sake, just tried to boot up the game for the first time in a week or so and this came up and I have no backup. I despair at this game sometimes.

Hoping for Blackburn in the draw as we've had some cracking games with them in the cups, I'll never forget the 6-4 League cup semi final second leg in 2010 and then drinking a bottle of Frosty Jacks with a couple of Rovers fans we met in Tesco after the game. 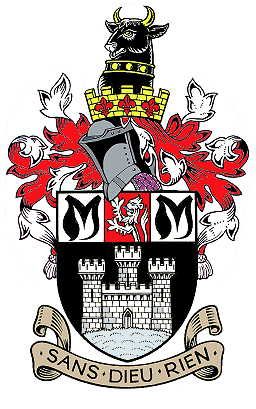 If I was a Villa fan I'd be worried that an inexperienced manager is taking charge with a relegation fight on your hands.

If we can just start scoring some goals again, which I think Sherwoods gung-ho tacticless approach should at least achieve I think we should stay up again, if only by the grace of several teams around us being a little bit shitter.
Rick87 14-02-15 - 18:30

He's not that bad.

He'll get them playing a bit more offensively, that's for sure.

Nice guitar! Bigsby tremolos arn't rare I don't think, just costly, I had one on a Gretsch guitar I used to have, however people pay a lot to buy them and have them fitted to guitars that don't come with one, especially vintage ones. I always found that guitar difficult to keep in tune which was perhaps down to the Bigsby.
Rick87 12-02-15 - 20:22

Going up to London tomorrow to have a meeting with Adidas about doing some work with them, no idea what to expect but should be interesting

I have a day off work and I've just picked up my trusty Ibanez AKJ85 which has sadly been gathering a thick layer of dust in the corner in recent times and realised I barely remember anything I have learned in the 8-9 years I have played the instrument aside from odd riffs and licks all I can seem to do now is noodle around in the minor pentatonic scale. When I lived in Birmingham I used to teach kids for £15 an hour which was a lot of fun and I think I became a better player because of it, however when I moved to the Leicestershire countryside I found it difficult to find any interested parties for lessons and eventually gave up, my guitars have seen less and less use since then and I've sold all except the aforementioned Ibanez.

I really want to get back into playing now, if only to be able to play my little girl to sleep at night when she's born and further down the line, teach her to play. I'm sure we must have some other guitar players on here, what guitar(s) do you have? and can you recommend some decent tuition websites?

Just found out that I'm keeping my job but have to move to another store, we're all on fixed term contracts and mine was due to expire on the 28th, I wanted to stay with WHSmith as I do enjoy working there and the company obviously wants to keep me as my manager spent an several hours yesterday trying to arrange something for me and eventually found me a place at a store closer to home for exactly the same hours. With the baby due in just a couple of months time I'm obviously very relieved to still be employed.