1 hour ago
Baja commented on: Image finder thread - assistance in finding a source image 1 hour ago
A new version of our data update was released with 30347 changes from 121 contributors.

3 hours ago
mihataaa commented on: SS Fantasy Kits ONLY Thread (NO REAL KITS)

3 hours ago
Benjamin222 commented on: Facepacks Release thread - NO REQUESTS

3 hours ago
hammer9 commented on: Standard Fantasy/Request Logo only (NO PACKS) Thread

4 hours ago
RT7 commented on: Facepacks Release thread - NO REQUESTS

4 hours ago
RT7 commented on: Facepacks Release thread - NO REQUESTS

Got to admit, I absolutely love it when you lose to Bangor.

One thing I hate is whenever the board sells a player behind your back, especially when you don't need the cash, but at least you won the league @Dan.

Has Haaland made any sniffs about wanting to move to a bigger club yet @Dan? A second solid season at Genk and I've no doubt this one will be another success too.
Shedender 30-11-19 - 10:07

Seems that Haaland has been paying back his large transfer fee thus far, hopefully he continues to bang them in. It's a shame about the Champions League but I suppose that's to be expected when managing someone like Genk and you're in a bloody group with Ajax, Manchester City and Paris Saint-Germain.
Shedender 30-11-19 - 10:02

You better lose both league games against Bangor.

Speaking of Bangor, why does it say on the fixture list that you're playing them away from home twice on the same day?

Of course you have signed Erling Haaland.

You dominated those awards but not at all surprising but what is surprising is the amount the cash the Genk board have given you.
Shedender 27-11-19 - 13:23

Superb month minus that loss against Morecambe. You're doing solid enough at Colchester.
Shedender 27-11-19 - 13:19

Still can't believe this career is ongoing. Wish you the best of luck at Boca Juniors (Gib) @DNZY.

What a damn shame about the Champions League after the start you had mate but c'est le vie. You're doing well in the league although it's tight at the top.
Shedender 24-11-19 - 14:17

WELCOME TO THE CLUB

@ninjanevo the only things I've changed is the player roles on some players and I've moved from attacking down to positive. It's been a solid start and I hope it remains.

Due to this being a Rangers career, I will be following @VP..

Just thought I'd give the tactic a download and thus far with Salzburg it's going quite well, unbeaten in the league after six matches.

The real tests though will come in the Champions League as we've been drawn with Manchester City, Napoli and Galatasary.
Shedender 22-11-19 - 15:50

Please don't join both Dan and I on the sack train @SirWerGaming.

Yep so unfortunately I have went to same way as @Dan on this years game and I've been sacked as manager of Notts County and truth be told it was a poisoned chalice from day one when eight players decided to oppose me following my appointment but I feel it's my own fault because I chose not to begin with any coaching badges and the Sunday Footballer reputation and thus the players probably didn't "respect" me and that was shown in the league performances and results from time to time. 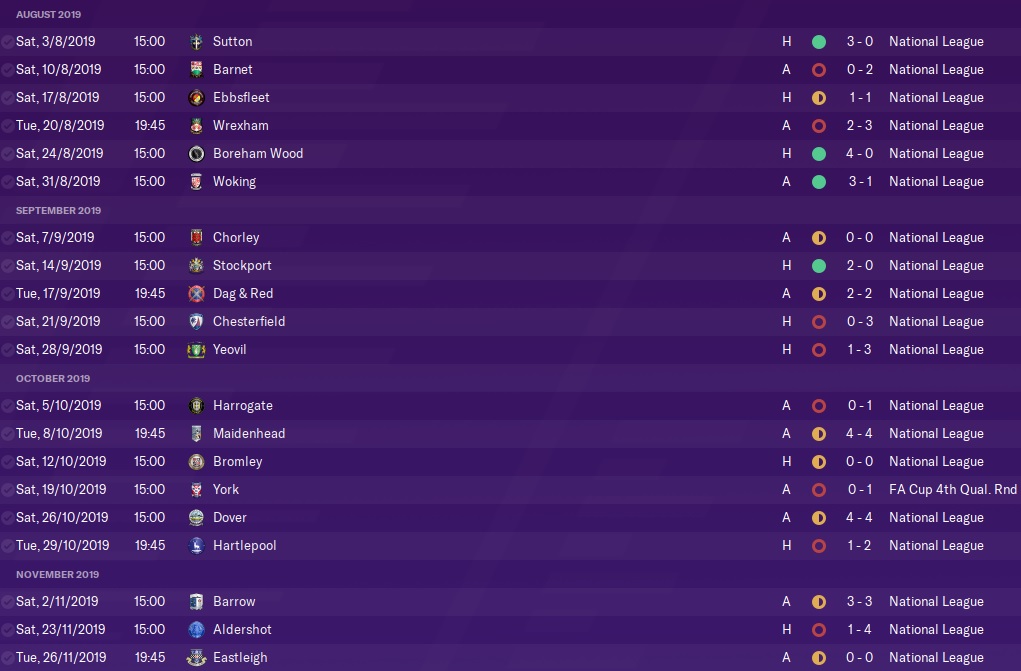 Just the four league wins from nineteen National League games is simply unacceptable for who was supposed to be the league favourites and to make matters worse the side crashed out of the FA Cup in the fourth qualifying round against York.

Our four league wins came in the first eight league games against Sutton United, Boreham Wood, Woking and Stockport County but then the league form just went drastically downhill from there on in as County failed to win in eleven league outings. I didn't even have a board meeting to discuss recent form but was summonsed to a "confidence meeting" after a home hammering against Aldershot.

Juding the fact 8 players already oppose me for some reason SirWeiGaming, I think I need all the luck.

It probably won't be as easy as you think @bigmattb28, considering as off today they're 9th in the National League in real life - I am hoping I can do better and get promotion.

2019/20: PRESEASON ROUND-UP
Ahead of the new league campaign and my first in the professional game I have had to conclude preseason in which we played 8 friendlies but I also felt the need to make some signings as well - we are predicted to head back to the Football League as champions but it's certinly not going to be an easy ride as teams will rise the game against us I'm sure

So I have decided to bring in four players with three of them joining on loan. Ollie O'Dwyer who is a young centre back arrived on a free transfer, left winger Johan Branger-Engone comes in on loan from League Two side Oldham, Sheffield Wednesday centre back Jack Lee has arrived for the season and when I decided to change the tactic, James Waite came on a season loan from Cardiff

On the field we had quite a successful preseason campaign as we won five of our eight scheduled friendlies, drawing one and losing twice. Our two defeats came both against League One oppositions in Southend and AFC Wimbledon while the best results in preseason came against League Two's Crewe. We also beat Boston United, Basford, Marine and Mickleover while the side draw away to Oldham.

Our league campaign begins at home to Sutton.

@bigmattb28 yeah the club were relegated at the end of last season, along with Yeovil.

Cheers for the comment @r96Skinner, I don't think the club can sink any lower than they did last season.

It could be an interesting career @KEZ_7 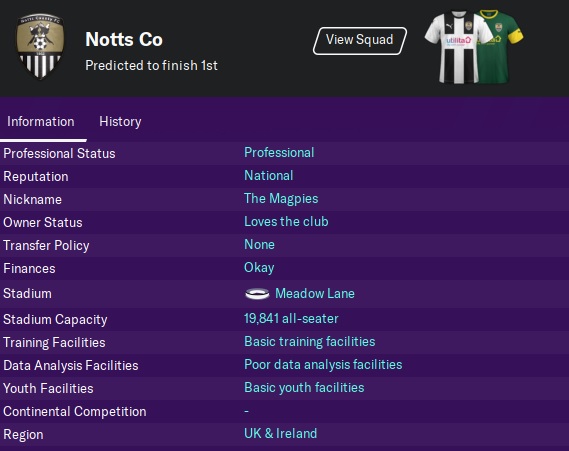 This is the information screen for Notts County and as you can immediately see from the screen that the pressure is on because we're favourites to get immediate promotion back to the Football League and when you take a look at the squad I can see why we're league favourites.

We play our home matches at the near 20k Meadow Lane which is based in the city of Nottingham and is just 300 yards away from the City Ground, the home ground of their fierce rivals Nottingham Forest. They're a professional club with okay finances - the club have basic training facilities, basic youth facilities and poor data analysis facilities.

It's up to me and try and make the club the most established club in English football.

Conformation I have been appointed Notts County manager, I have penned a one year deal.

Finally this is the squad that I have at my disposal and I feel like it's potentially a good enough squad to get us out of the National League but the one thing I have noticed is we have six players who are over the age of 30 but the positive side is that we've only got two players on loan at the club. Enzio Boldewign, Ben Turner, Wes Thomas and Richard Brindley are arguably our best four players currently at the club and I feel baring at least one centre back, I don't think I need to go crazy in the transfer market.
Shedender 19-11-19 - 09:31 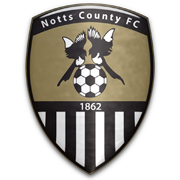 As per the usual, when a new game in the Football Manager series is released, I make my return to the Sortitoutsi's career section for what I'm sure will be an epic career, unless I of course get the chop early on and I hope I don't as I've no contingency plan this early on.

First though, I would like to apologise for the lack of Football Manager careers throughout the 2019 version of the game - the reason being, I got two engrossed with my Ajax save that I didn't want to stop playing it. 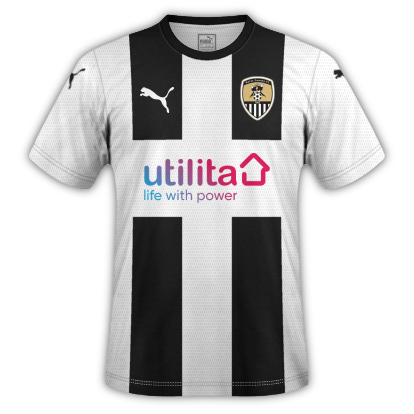 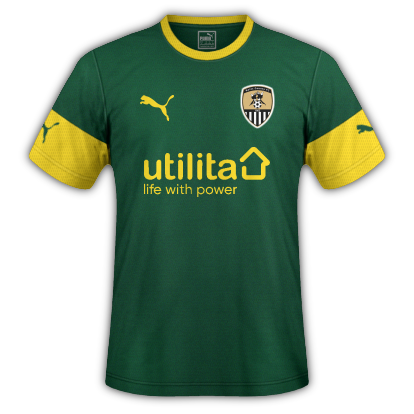 On 4th May 2019, Notts County were relegated out of the Football League for the first time in their 157 year history as Swindon defeated them 3-1 at County Ground, and that was despite the fact the Magpies had taken the lead but three goals in the final 21 minutes meant it was the end of the Football League road for Nottingham based club.

Just the prove how difficult last season was, the football club went through three permanent managers - Kevin Nolan was sacked after 591 days in charge at the end of August, Harry Kewell lasted just 74 days before Neal Ardley arrived - three managers and not even the end of November.

Neal Ardley "resigned" following the clubs relegation to the National League and now the rebuild begins.

I've not had any but you should report that to SI.

Anyone else suffering crash dumps throughout the BETA? I've had 3 today alone, more than I probably had on FM19. It's bloody annoying!

I'm scheduled to face Schalke and this'll be the third time I have to play them as the previous two times I've suffered crash dumps - first time I won 4-1 and I was able to play one and a half more games before a dump occurred, the second time I was 4-1 up and suffered one during the game. It's irritating.
Shedender 05-11-19 - 10:02

I'm currently managing Bayern Munich. It's going decently well, sitting second in the Bundesliga midway throughout October and just a point behind the surprise leaders in Freiburg. Just made the two signings - Phil Foden arrived on a season loan from Manchester City and I also parted with £13.5m to capture Erling Haaland from Salzburg and he's been solid thus far (currently out for 3 weeks) - he's bagged 9 goals in 8 Bundesliga games.

The main save when the actual game comes out is going to be with Notts County.

Has anyone scored a bloody 1v1 yet on this game?!

For a career that's been on going for almost THREE YEARS i believe @DNZY's career belongs in the Susie Hall of Fame and I don't think it's finished yet.
Shedender 07-09-19 - 21:25

Arguably the toughest group of them all.

Celtic's a tough group as well. Sevilla should win their group without any serious issues.
Shedender 02-09-19 - 17:14

Well done on the cup win, hopefully the Europa League is kind to you. Looking forward to your next update dude

Guaranteed @HockeyBhoy will get an absolute nightmare draw.