12 minutes ago
Si Ford commented on: FM 20: AML's Real Fixtures and Results + Custom Start Date 26 minutes ago
A new version of our data update was released with 83012 changes from 293 contributors.

41 minutes ago
Liver-495 commented on: Facepacks Release thread - NO REQUESTS

49 minutes ago
Parker26 commented on: Facepacks Release thread - NO REQUESTS

1 hour ago
StuartNG commented on: Better Crowd Sounds for FM20 1 hour ago
A new version of our data update was released with 82940 changes from 293 contributors.

1 hour ago
tombazzlez commented on: 🛠️ Metallic logo Megapack Technical Support thread 2 hours ago
A new version of our data update was released with 82905 changes from 293 contributors.

7 hours ago
bakizp commented on: Megapack Technical Support thread - all other threads will be locked

7 hours ago
Footygamer commented on: Megapack Technical Support thread - all other threads will be locked

8 hours ago
bakizp commented on: Megapack Technical Support thread - all other threads will be locked

9 hours ago
rekooner2 commented on: Facepacks Release thread - NO REQUESTS

9 hours ago
rekooner2 commented on: Facepacks Release thread - NO REQUESTS

9 hours ago
rekooner2 added a download: Rob Roy Teampack 9 hours ago
A new version of our data update was released with 82781 changes from 293 contributors.

10 hours ago
CountVladimir commented on: Facepacks Release thread - NO REQUESTS

10 hours ago
CountVladimir added a download: Yeni Malatyaspor Teampack 11 hours ago
A new version of our data update was released with 82720 changes from 293 contributors.
sortitoutsi
FM2020 ($55.51)

Aussie dollar being shit means it's expensive as fuck now. About $150 more than the 6 was last year.

He could be getting a game at Spurs based on how they've gone this season. I actually cringe every time I read one of Shola's posts.

Flown through the first season of The 100 over the last week.

Why are Utd so bad at selling players?

Could do worse than trying to get Caulker in for 8m.

Yeah to be fair, net spend is very different.

They've made about 30m in sales this summer already and last summer was about 80m.

Will Walcott start upfront this season or Giroud?

People on here talk some amount of shite these days.

Di Maria played in his 'proper' position for the majority of the season. Not being able to take a competent corner or pass the ball 10 yards is irrelevant to where he played.

I don't think you can understate how fucking dreadful he was for the last 6 months of the season. At least when Falcao was struggling you could still see he was working his ass off, and it was hurting him that he wasn't performing. Di Maria didn't seem to care.

Look at Mata, he didn't play in his 'proper' position for most of the season, but ended up finishing it being one of Utd's best performers due to him having a good attitude and working hard. Same for Young, Rooney etc.
Flash. 20-07-15 - 16:12 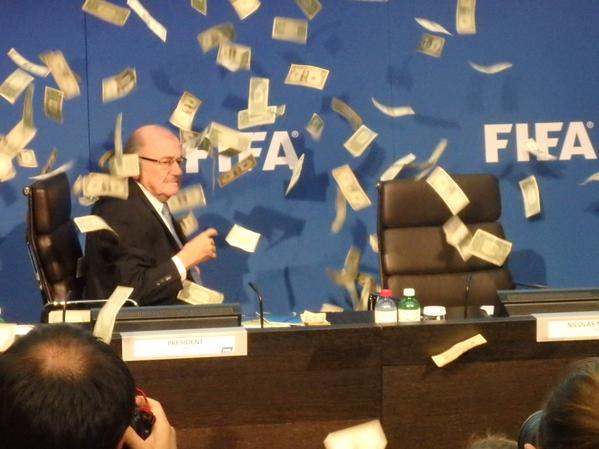 They could also end up with De Gea changing his mind and signing a new contract.

It's good to see a club making a decision for sporting, rather than business reasons for once. Utd are stronger with him than without him.

Also, if he leaves next season, they have a full season to decide on and sign his replacement, have him in the first day the window opens and go through a full pre-season. Could even bring them in in January. If they were to lose him this season they'd need to rush through a new signing and throw him into the team straight away.

With so many other signings/changes this summer it's important that your Goalkeeper is stable. They've had enough issues with that in the past.
Flash. 17-07-15 - 02:44

Doesn't look cold at all.

They know exactly what positions they need and they've just went out and filled them without messing about.

Travels 7.5 billion km to get there, takes the photo in black-and-white.

What the fuck are the 3 things at the top?

Well, the reason I said that is because that's how the cookie has crumbled. I recall Portsmouth being given a transfer ban from signing new players years ago because they still owed money for previous transfers. Watford and iirc a French side, may have been Nantes, had similar bans on signing new players. So, to say it couldn't be enforced isn't entirely correct. However, Barca being Barca, the "transfer ban" they received was nothing more than a registration ban, a completely different punishment altogether. Though, you'd never guess this with the way it's been reported until you read into it properly.

No club has ever been given a 'Transfer ban'.

Football Associations have no power over whether a company can hire someone or not, only if they can register them.

Many other clubs have had Transfer bans and they've worked in the exact same way as Barca's, so there's isn't 'alternative' at all.

I love this man.